Guava is a tropical fruit believed to be native to Southern Mexico and Central America. The beautifully fragrant produce has a tart-but-sweet flavour, and can contain pink, yellow or salmon-coloured flesh and edible seeds.

Published in the National Centre for Biotechnology Information (NCBI), one 12-week study found that 120 of its participants had a reduction in blood pressure readings by eight to nine points after eating ripe guava before meals.

Not only that, the same experiment resulted in a 9.9 percent reduction in cholesterol.

Another professional study supports the above findings after it showed guava leaf extract was linked to lower blood pressure.

And the same effect on blood pressure has been reported in numerous other studies documenting the consumption of the colourful fruit.

The magical properties of guava have demonstrated various other health benefits too.

One study of 19 people noted that drinking guava leaf tea lowered blood sugar levels after a meal, with the effects lasting up to two hours.

Guava is also rich in vitamin C – containing twice the amount of vitamin C found in an orange. 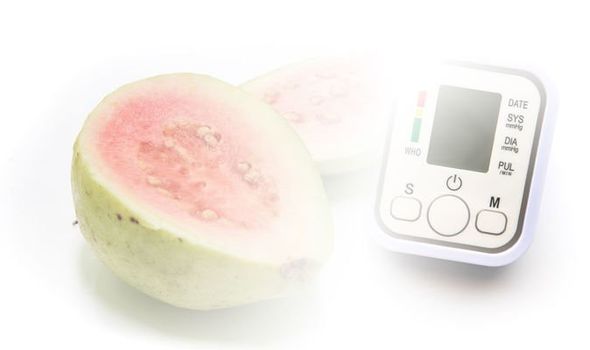 With only 37 calories in guava, and holding 12 percent of your recommended daily fibre intake, the fruit is a nutrious and filling snack that can be part of a healthy weight-loss plan.

Importantly, guava leaf extract has even been shown to stop the growth of cancer cells.

Researchers have concluded this is most likely due to the high levels of powerful antioxidants found in the fruit.

Antioxidants have been shown to prevent free radicals from damaging cells, which is one of the main causes of cancer.

As an added bonus, the wide range of vitamins and antioxidants packed into a guava may also protect your skin thereby slowing down the ageing process.

So how do we eat this superfruit?

Peel and seed guavas before lightly cooking them and adding to ice creams, sorbets or chilled soufflés.

Guava goes really well with lime, cream or custard, too. 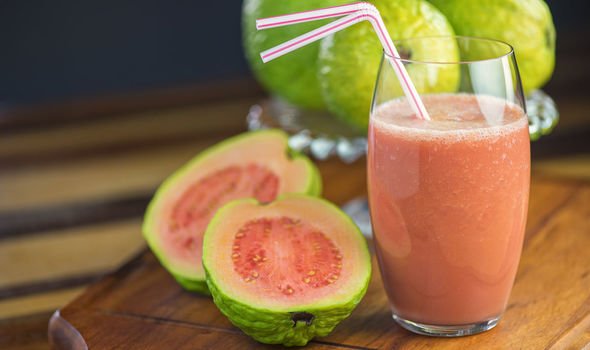 As well as eating a healthier diet, other lifestyle recommendations by the NHS to lower blood pressure readings include exercising more regularly and reducing the amount of alcohol you drink (if any at all).

Below are a list of lifestyle changes confirmed to reduce high blood pressure by the NHS: 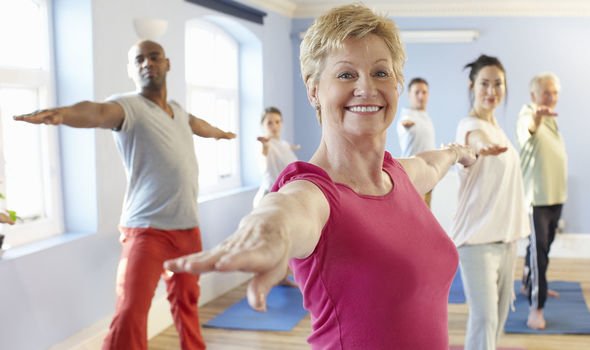 High blood pressure (hypertension) is a serious life-long condition that is best controlled with lifestyle adjustments and, if necessary, medication.

This is caused by the sheer force of blood pumping against artery walls, damaging the vessels and making it harder for nutritions and blood to flow to internal organs.

To prolong life, it’s vital to follow NHS guidelines on how to reduce high blood pressure.