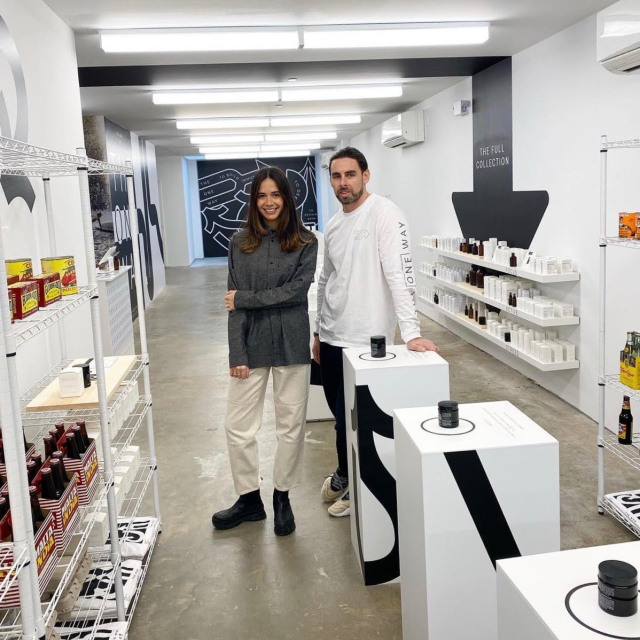 The Nue Co. — the growing wellness brand — has raised $25 million in a series B funding round, led by Pamoja Capital, WWD has learned exclusively.

“When you launch a business, initially, raising capital is really hard, but I’ve always had a really clear idea of the types of investors that we wanted to get involved,” said founder Jules Miller, who runs the company with husband and chief executive officer Charlie Gower.

John McCall MacBain, founder of Pamoja Capital, and his wife Marcy have pledged to give a majority of their wealth to philanthropic causes through their McCall MacBain Foundation, which has reportedly donated $400 million to initiatives in education, climate change and health. MacBain is the founding chair of the European Climate Foundation, an organization working to tackle the climate crisis.

“With this fund, 100 percent of the profits that they make in this investment are actually going to go into climate change, mental health research,” Miller said of the firm, a Swiss-based Canadian family office. “It’s literally my dream come true. I think our customers are going to feel really good that that is who’s now behind the company.”

The two first connected online, in a surprising way.

“As with literally every investor we’ve ever had, it’s been a random LinkedIn message, even with Unilever [Ventures],” she revealed. (Shareholders also include William Hood and Redo Ventures.)

All the Looks at the 2021 Cannes Film Festival

Launched in New York in 2017 — the year the company raised $1.5 million in a seed round led by Morningside — with a line of supplements, The Nue Co. now offers three categories: ingestibles, topicals and fragrance. It’s science-backed, with clinical patent technology, using natural and organic extracts. British-born Miller developed the brand with the help of her grandfather, the late professor George Miller, who worked as a chemist at the University of Cambridge.

As The Nue Co. looks forward — experiencing 500 percent growth in the last 24 months while maintaining an impressive repeat purchase rate of 70 percent — the funds will go toward improving the direct-to-consumer experience with tech and personalization on thenueco.com to further grow consumer subscriptions (largely Millennials).

“We’re scaling quickly, but we’re also scaling in the right way, because we’re essentially working toward profitability,” she added.

According to Miller, the business receives 80 percent of its revenue from d-to-c (carried at retailers like Nordstrom, Bluemercury, Net-a-porter, Free People and Fwrd) and aims to have a more omnichannel approach.

“In the next three or four years, we’ll see an even split between wholesale, e-commerce and our own retail,” she said, revealing that in the next three months, the company plans to announce an upcoming partnership with “a major retailer.” They’ll be releasing a beauty category that will launch exclusively through the retailer in January.

There are also international expansion plans for the business, which is based in New York and London. This year, they launch in the Middle East and Canada, followed by Australia and Asia in 2022.

As they grow, they’ll continue to focus on the brand’s mission, she said, “thinking about how we’re helping improve people’s mental health, really thinking about sustainability and about sourcing ingredients ethically. It’s kind of hard to find investors that are going to agree that focusing on those values is as important as top-line growth.”

Sustainability is front of mind for Miller, who has had an eco-conscious approach from the start. The Nue Co. uses glass packaging, which is recyclable, as well as nontoxic, organic ink, compostable refills and cardboard packaging that’s made using 30 percent postconsumer recycled paper and manufactured with 100 percent renewable energy.

“But there’s so much room for growth,” she continued. “For example, glass is really heavy, and so, it takes a lot of energy to ship.”

They will soon work with a factory that creates glass manufactured using completely renewable energy, as they update all of their packaging to offer completely recyclable and compostable materials.

“And we’re really zeroing in on the refill system, so right now, we have an internal recycling program for all of our packaging, all of our jars,” Miller said. The refill pouches, a more sustainable option available for four formulas, will be available for all capsule products this year.