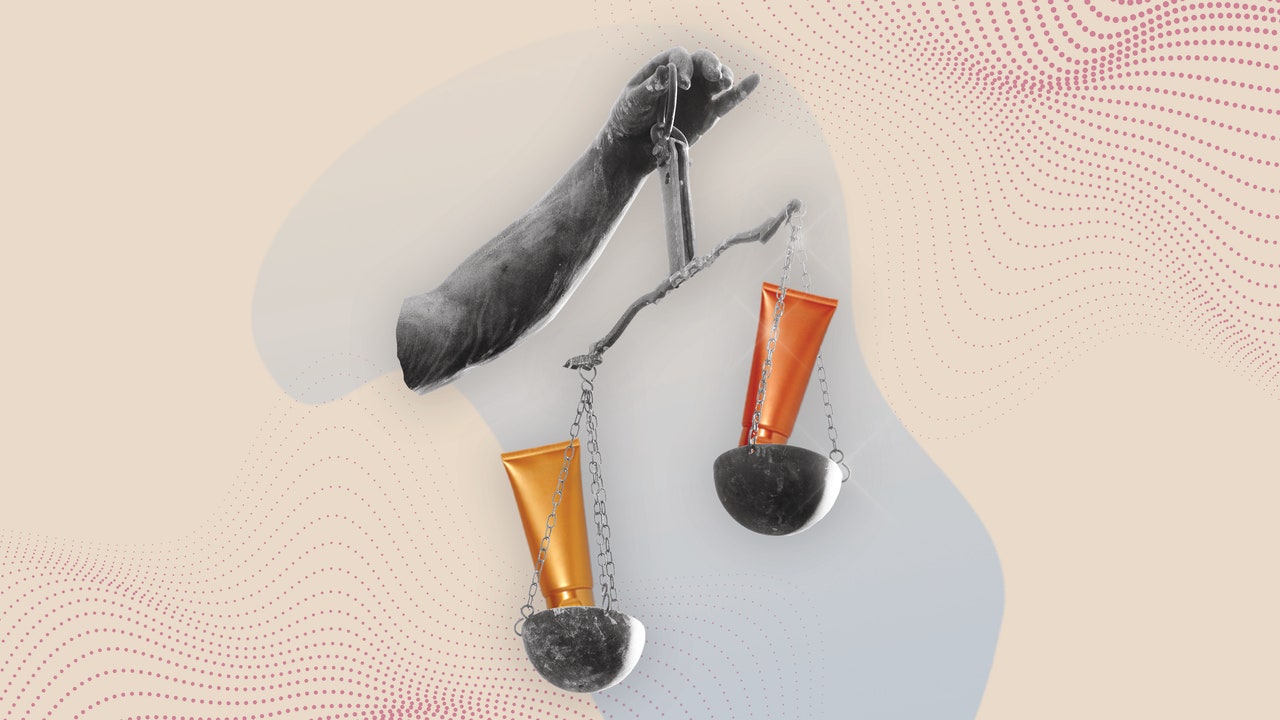 Once upon a time, Allure ran advice columns by our favorite beauty pros. In celebration of our 30th anniversary, we're bringing back the tradition — but this time the expert is: us (we've learned a lot over the years). Send your burning (or itching, or otherwise inflamed) questions to [email protected], and we might answer them in an upcoming story.

I try my best to be a good beauty consumer. My only hard-and-fast rule is that I won’t buy a product if the company tests on animals, and I try to patronize smaller brands or underrepresented founders when I can. But sometimes I also buy cotton rounds at Walmart. One of my favorite skin-care products was made by somebody who eventually got "canceled." Are there ethics in beauty shopping? —Danielle, Brooklyn

First, thank you for writing. This year, in the face of overwhelming public suffering, people are having tiny, private referendums in every corner of their lives, including the ones behind the bathroom mirror. The good news is that, unless they are an Instagram influencer, one person's skin-care and makeup preferences are rarely newsworthy. You are unlikely to lose any public favor based on your beauty product choices. I know that's not the point, but in our darkest hours it is a nice thing to remember.

Second, I'd like to introduce a concept here, in the manner of a jovial balloon merchant handing one of his wares to a delighted customer: Money is power and nothing else. What are dollars if not enchanted pieces of paper we exchange for toilet paper and massages?

Personally, I love the stuff, cannot get enough of it. We have a simple and powerful relationship: The more money I have, the less feeble I feel. Money does not buy happiness, but if you gave me a substantial amount right now, I would love that, thank you! Because though it does not buy happiness, money does buy food, shelter, clothing, and other things that humans love, and which bring us health and basic dignity. Many have tried to combat money’s magic and failed. The best we can do is try to make sure everybody has enough of it to meet their basic human needs.

Weeks ago I read something that has been pinging around the walls of my brain: If a certain tech scion decided to give away all the money he has made since the pandemic began (when he was still, by leaps and bounds, the richest man in the world), he could give each of his thousands of employees a bonus of more than $100,000. This is an arbitrary suggestion, of course, but it continues to bewilder me that he won't just… do that. Why won't he just say, "Damn, I've got an insane amount of money, more than I can possibly spend. If I give up some of it I will still be wealthy to an unfathomable degree. Fine, here's my debit card"!? Perhaps it's because money is power and those who have it refuse to loosen their grip on it for a moment, lest it fly away.

If it were up to me, the world's baldest misers would be forced to publicly hand over (with little ragamuffin costumes to enhance the spectacle) most of their beyond-immense wealth. Or, you know, we could dramatically overhaul our tax laws. Until then, though, it is the work of the common people to make sure power drifts into the right hands.

If you are serious about using your money to do that — i.e., shopping ethically (see? I haven’t forgotten your question!) — I encourage you to think about the communities you wish to support. The Movement for Black Lives has inspired many to highlight the work of Black-owned beauty brands that have long been pushed out of the beauty conversation in favor of entrenched Eurocentric beauty standards. I'm in awe of organizations like Humble Bloom, which works to ensure money from the budding marijuana economy is returned to the people of color whose communities have been ravaged by the drug war. As we grapple with the climate crisis, it sure seems like a good idea to invest in a program like TerraCycle's Loop, which offers a selection of products many of us rely on daily (Pantene, Crest) in reusable and refillable packaging, instead of ceaselessly producing plastic — much of which is incinerated to the tune of millions of metric tons of carbon dioxide each year.

Yes, there are ethics in beauty shopping; they're right there at the beginning of your letter, insisting that products used to decorate our faces should not first be injected into animals that are then observed for toxic side effects. Your letter is a sparkling example of how a person's values affect their own shopping habits and the greater consumer system they inhabit: In 2013, the European Union banned the sale of cosmetics with ingredients that were tested on animals; even China, arguably the world’s biggest villain when it comes to cosmetic testing, introduced legislation this year to reexamine the practice.

If your core belief system is about being a flawless moral paragon, nobody will stop your quest to audit the ethics of every person and process involved in the synthesis of your toothpaste. Might I suggest, however, reallocating some of this time to other productive exercises, like protest? There are many ways to effect change. Try them all and see what happens!