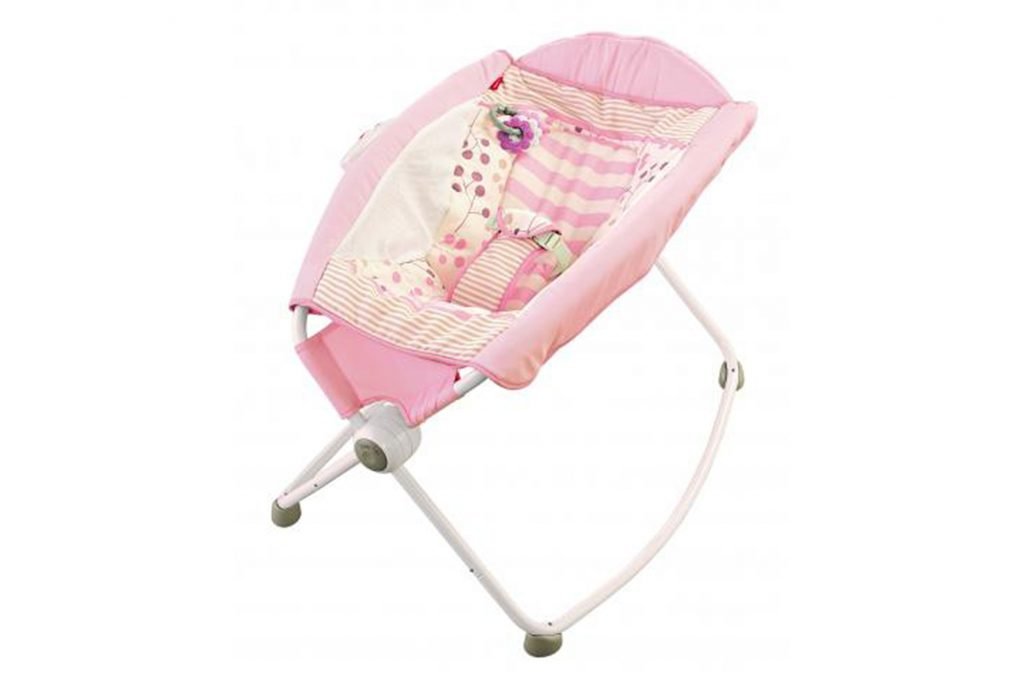 On Friday, the U.S. Consumer Product Safety Commission announced the official recall notice for all models of the baby sleeper on its website.

“Consumers should immediately stop using the product and contact Fisher-Price for a refund or voucher,” the government agency said in a statement.

“Since the 2009 product introduction, over 30 infant fatalities have occurred in Rock ‘n Play Sleepers, after the infants rolled over while unrestrained, or under other circumstances,” the recall notice stated.

In a statement, obtained by PEOPLE on Friday, Chuck Scothon, general manager at Fisher-Price, said a “child fatality is an unimaginable tragedy.”

“For almost 90 years, Fisher-Price has made the safety of children our highest priority. In recent days, questions have been raised about the Fisher-Price Rock ‘n Play Sleeper. We stand by the safety of our products,” Scothon said.

“However, due to reported incidents in which the product was used contrary to the safety warnings and instructions, we have decided to conduct a voluntary recall of the Rock ‘n Play Sleeper in partnership with the Consumer Product Safety Commission. Fisher-Price has a long, proud tradition of prioritizing safety as our mission. We at Fisher-Price want parents around the world to know that we have every intention of continuing that tradition,” Scothon said.

The recall comes one week after Fisher-Price and the CPSC issued a statement alerting parents and families to stop using the baby sleeper improperly due to at least 10 deaths that occurred after infants rolled over in the product.

In addition, the American Academy of Pediatrics recently urged the CPSC to order a recall on the Rock ‘n Play immediately, claiming that its April 5 statement “did not go far enough to ensure safety and protect infants.”

“This product is deadly and should be recalled immediately,” said AAP President Dr. Kyle Yasuda, MD, FAAP, in his organization’s statement. “When parents purchase a product for their baby or child, many assume that if it’s being sold in a store, it must be safe to use. Tragically, that is not the case.”

“There is convincing evidence that the Rock ‘n Play inclined sleeper puts infants’ lives at risk, and CPSC must step up and take immediate action to remove it from stores and prevent further tragedies,” he added.

At least 10 deaths occurred after infants rolled over in the product, which ranges in price from $59.99-$119.99, according to the CPSC, which stated that infants rolled from their back to their stomach or side while unrestrained.

“The CPSC is aware of 10 infant deaths in the Rock ‘n Play that have occurred since 2015, after the infants rolled from their back to their stomach or side, while unrestrained. All 10 infants were 3 months or older,” the CPSC said in the April 5 statement.

Mattel, Fisher-Price’s parent company, previously said in a statement obtained by PEOPLE that while “the safety of children is our highest priority” as “the loss of a child is tragic and heartbreaking,” the company plans to “stand by the safety of the Rock ‘n Play Sleeper.”

“The product meets all applicable safety standards, including those of the international standards organization, known as ASTM International, and is certified by the Juvenile Products Manufacturers Association (JPMA),” the statement continued. “We continue to work closely with the Consumer Product Safety Commission regarding the safe use of our products, including the Rock ‘n Play Sleeper.”

“It is essential that the product warnings and instructions are always followed. We will continue to do all we can to ensure that parents and caregivers have the information necessary to create a safe sleep environment for infants.”