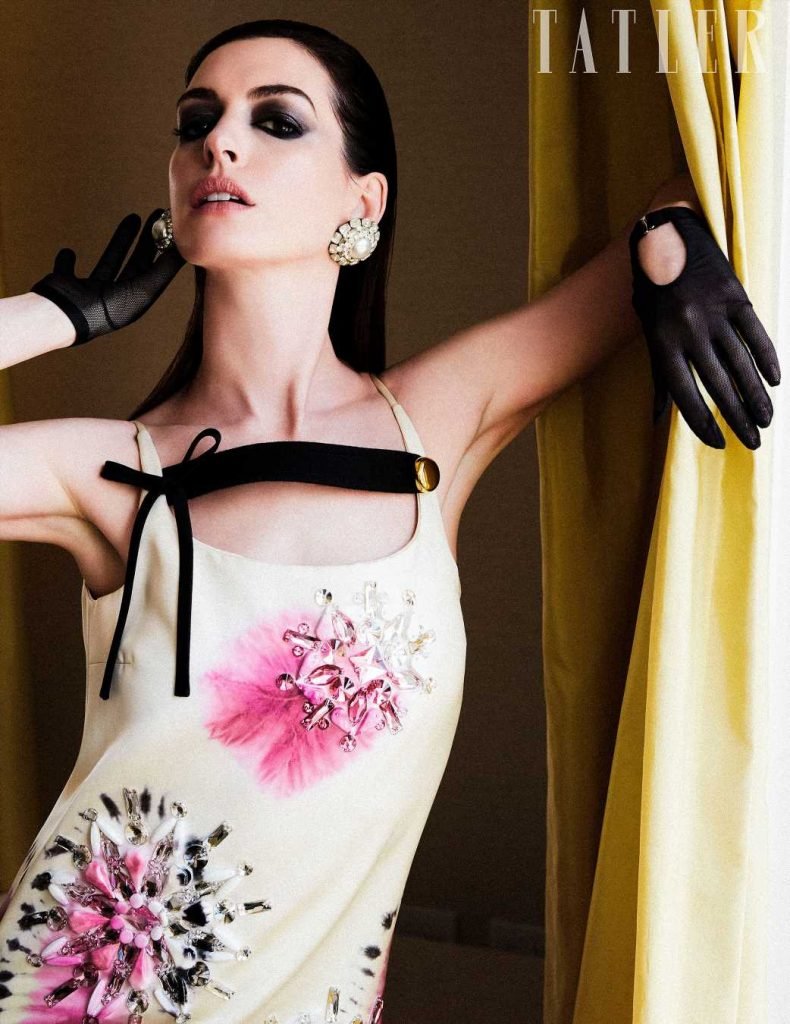 Anne Hathaway is continuing to be candid about her decision to stay dry for the sake of her son.

The Hustle actress is the cover star of Tatler‘s June 2019 issue, for which she opened up in an accompanying interview about her life as a mom to 3-year-old Jonathan Rosebanks — specifically, how the “just one drink” method doesn’t really work for her as a parent.

“My issue is I just love it. So. Much. But the way I do it makes me unavailable for my son,” says Hathaway, 36, of her previous approach to drinking before she gave it up completely last year. “My last hangover lasted for five days.”

“I’d earned it — it was a day drinking session with friends that went into an evening birthday party with one of my drinking buddies,” she added. But still, the star admits she “will never be that person who can nurse a glass of wine throughout an entire evening.”

Hathaway also addresses what she might have gone into professionally if not for acting: teaching, the military, being a “do-gooder with a death wish” — “But more likely than anything else I would have been an alcoholic,” she jokes.

Anne Hathaway Opens Up About Dealing with “Mommy Guilt”: “I Try to Be Nice to Myself”

Her comments echo those she gave in a recent cover interview for Modern Luxury, where Hathaway addressed comments she made on The Ellen DeGeneres Show in January when she said she was going to refrain from drinking while Jonathan “is living in my house.”

The decision, she says now, is a logistical one completely based on how she feels after she drinks, Hathaway told the magazine, as opposed to a “moralistic” choice — and certainly not one she’s projecting onto anyone else.

“I didn’t put [alcohol] down because my drinking was a problem; I put it down because the way I drink leads me to have hangovers and those were the problem,” she said in Modern Luxury. “My last hangover lasted for five days. When I’m at a stage in my life where there is enough space for me to have a hangover, I’ll start drinking again, but that won’t be until my kid is out of the house.”

“But, I just want to make this clear: Most people don’t have to do such an extreme thing,” the Serenity actress clarified. “I don’t think drinking is bad. It’s just the way I do it — which I personally think is really fun and awesome — is just not the kind of fun and awesome that goes with having a child for me. But this isn’t a moralistic stance.”

In her January interview with Ellen DeGeneres, Hathaway admitted she doesn’t “totally love the way” she drinks, explaining that Jonathan was “getting to an age where he really does need me all the time, in the mornings.”

“I did one school run one day where I dropped him off at school — I wasn’t driving, but I was hungover,” the Oscar winner recalled. “That was enough for me. I didn’t love that [experience].”

The Hustle hits theaters May 10.