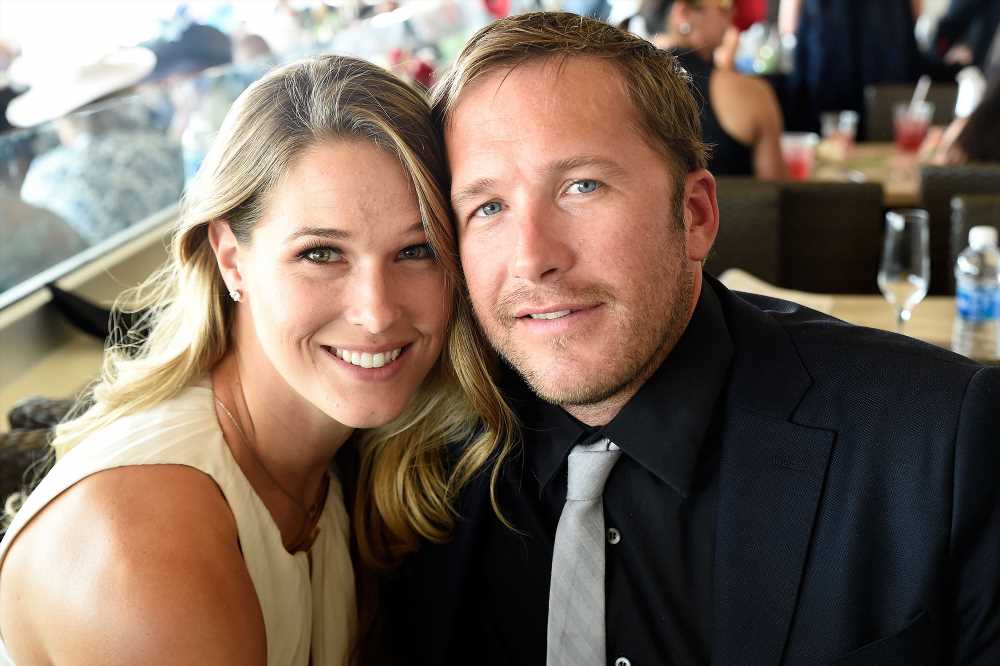 The couple announced on Monday’s episode of Today that they are expecting identical twin boys —  something Morgan admitted was “completely” a shock for the couple.

“From the beginning of our relationship, [Bode] always said, ‘I want identical twin boys, born on my birthday,’ ” she said. “And this time, when we found out I was pregnant, I said, ‘Do you think it’s twins this time?’ And he said ‘No.’ “

The soon-to-be mother of twins explained that she went to her ultrasound appointment alone, which is where she was surprised to learn that she was expecting not one but two babies.

“Sure enough, identical twin boys,” she added in the spouses’ interview with Savannah Guthrie, going on to reveal in an Instagram post that the twins are due on Nov. 11 — almost one month to the day after Bode’s birthday.

The pregnancy announcement comes over a year after the couple’s loss of their 19-month-old daughter, Emeline Grier, who died in a tragic drowning accident.

Want all the latest pregnancy and birth announcements, plus more celebrity parenting news? Click here to get those and more in the PEOPLE Parents newsletter.

Emeline drowned in a backyard pool in the Coto de Caza neighborhood of Orange County, California, on June 10, 2018. In May, Miller revealed she had performed CPR on her daughter before her death.

Although her resuscitation efforts initially managed to keep Emeline alive, she ultimately died at the hospital the next day.

Four months after their daughter’s death, the couple welcomed son Easton in October 2018.

The parents continue to raise awareness about infant pool and water safety, sharing Easton’s swimming lessons with followers and providing information about swimming education program, Infant Swimming Resource’s Self-Rescue (ISR), where he learns swim necessities such floating with the help of a swim instructor.

The spouses have used the summer to spend quality time with the family, including celebrating the Fourth of July holiday last month.

“Happy 4th of July, from our tribe,” Morgan, a professional beach volleyball player, wrote atop a photo of Bode with his children.

Morgan also shared a portrait of her husband and Easton, who sported an outfit featuring his dad’s favorite baseball team — the Boston Red Sox — and wrote, “Oh my stars” on top of the cute picture.

She then shared another sweet summer moment: a photo of their son Nash enjoying an appropriately colored red, white and blue ice pop while posing for the camera.

Morgan paid tribute to Emeline this past June on the one-year anniversary of her death, sharing a series of Instagram Story photos that showed her on a swing, slide and other play equipment with an adorable smile, wearing the same blue and white dress in all of the pictures.

In a subsequent post, the athlete shared a heartbreaking photo of the frock on a hanger.

“The last thing I have that she wore,” Morgan wrote. “Stains and all.”