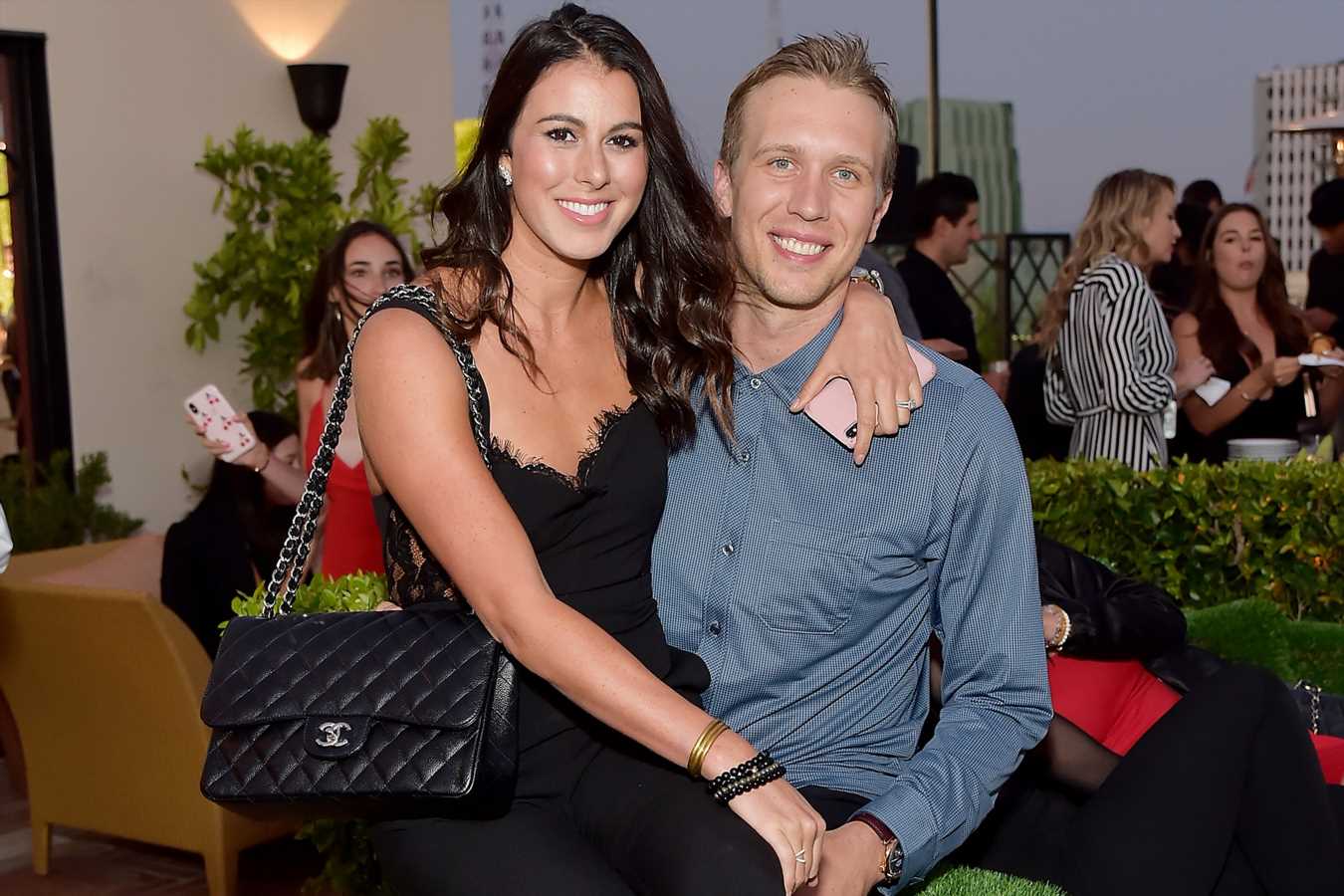 Jacksonville Jaguars quarterback Nick Foles is taking some time away from the game following his wife Tori’s miscarriage.

Nick, 30, sparked concern earlier this week after it had been revealed that he was absent from this week’s organized team activities.

“Our thoughts and prayers are with Nick and his family. He knows, like anything else, that we’re here for him,” Marrone told reporters, according to NFL Network.

One day later, Tori, 28, opened up about the family’s tragedy on Instagram, explaining she went into “sudden labor” on Sunday at only 15 weeks pregnant while battling pneumonia.

Tori, Nick, and their daughter Lily James were enjoying a weekend with Philadelphia Eagles coach Press Taylor and his wife Brooklyn Scheer.

“Our weekend together was not quite as planned, but blessed by their presence and the help they provided us with an unexpected set of circumstances that Nick and I suddenly found ourselves in,” Tori captioned a photo of the couples.

“Early Sunday morning after a rough couple days fighting a “virus” of some sort, I went into sudden labor and knew something was wrong.”

“Not long after we learned we had miscarried our baby boy,” Tori continued. “To fully labor and deliver and even see our baby boy was a pretty devastating process.”

“Come to find that I had contracted an infection of pneumonia in the blood,” she added. A serious complication of bacteria phenomena is that the bacteria can enter the bloodstream which can cause a person to go into septic shock and organ failure.

Tori said she is trying to come to terms with what happened: “The emotions go back and forth from immense and overwhelming sadness, confusion and anger to a firm belief that God has this fully in his hands and will use this for good.”

“We cannot always understand or explain, but we know that is true.”

“We’ve endured some unique challenges as a couple so far, but never quite knew what something like this felt like and now we do. We have so much compassion and sensitivity to those who have gone through a miscarriage at any point and in any circumstance,” Tori wrote.

She went on to explain that she is now home from the hospital and “recovering physically from the infection with antibiotics as well as emotionally from this traumatic loss.”

Tori also thanked those who have reached out and have been “praying for us.”

“Also a heartfelt thank you to Baptist Beaches hospital staff in maternity. What an incredible team of doctors and nurses that took care of us the last 4 days.”

“Thank you Taylor family for being here this weekend. We had a pretty fund weekend planned, and it was turned upside down, but God knew we need you,” Tori concluded.

Nick also expressed gratitude for “all the love, support and prayers” on Twitter and directed his followers to Tori’s post.

It is not immediately clear as to when Nick will return to the field.

The “traumatic loss” comes as Nick enters his first season with the Jaguars after leading the Philadelphia Eagles to a Super Bowl championship in 2018.

Nick joined the Jaguars on a four-year, $91 million contract in March, according to NFL Network.