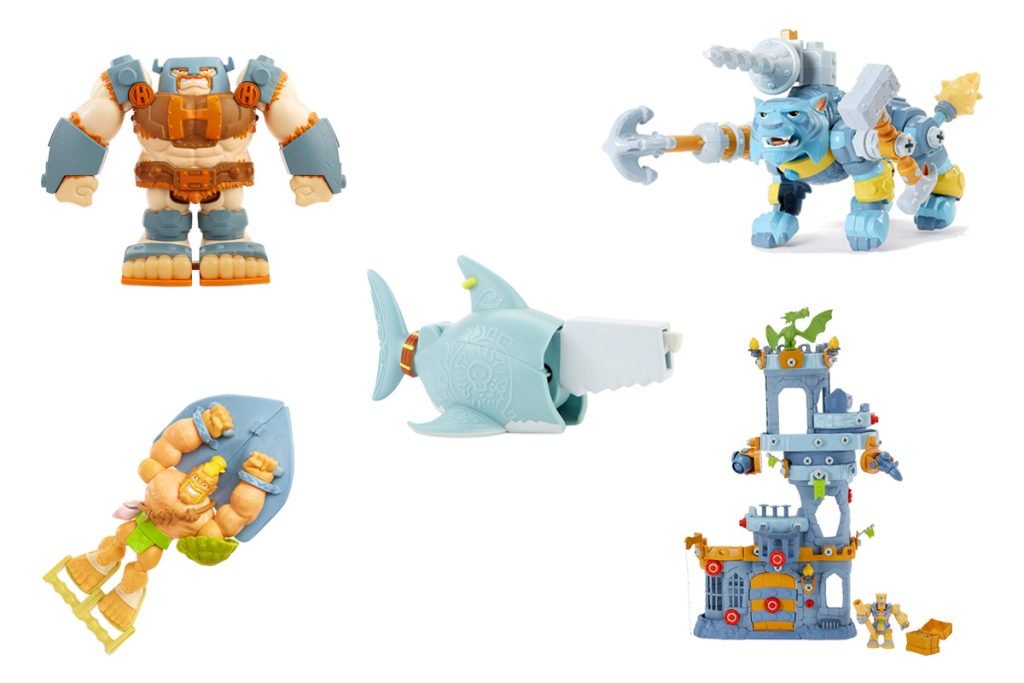 For kids who love to construct their own magical worlds, Kingdom Builders might just be the perfect fit.

The new collection from Little Tikes features a variety of toys for boys and girls modeled off of storylines, structures and characters in the adventure-laden animated series of the same name, streaming now on YouTube.

The world of Kingdom Builders includes a variety of heroic “Builders” like Sir Philip, Lady Twist and Sir Wrench-a-Lot, who are constantly up against “Bashers” such as Capt Cannonblast, Wreckin’ the Ball-Barian and Sledge Hammerfist who just want to destroy all the Builders’ royal creations.

They’re on the Case! 12 Adorable Gifts to Help Your PAW Patrol Fan Pull Off a Ruff Ruff Rescue

While watching the adventure-filled webisodes (20 of which are available on the series’ YouTube channel, clocking in between 3 and 4 minutes each), kids can play with Little Tikes’ new line of toys to follow along with the story or make up an entirely new one of their own.

Each action figure doubles as a tool. For example, the Lady Twist figure ($10) becomes a flat-head screwdriver, while Sir Phillip ($10) transforms into a different type of screwdriver.

And of course, each side needs a stronghold! Hex Castle, which retails for $52, comes complete with a King Hex figurine (he transforms into a socket wrench!), while parents can snag the Bashers’ Wreckin' Roller for $35.