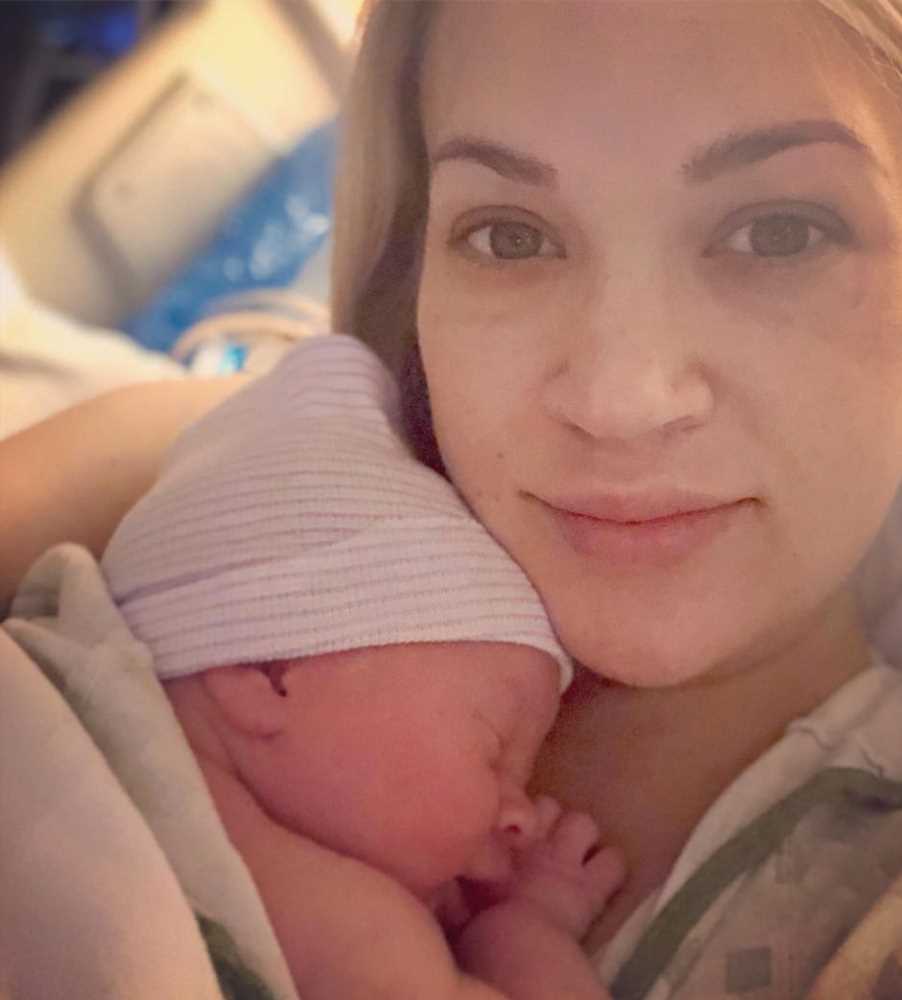 As a working mom, Carrie Underwood is, in a way, not much different from so many other women balancing family life with a career — and she certainly doesn’t think she has it harder.

Ahead of her first Cry Pretty Tour show in Greensboro, North Carolina, the country megastar met up with Today‘s Natalie Morales, where she opened up about her current workout plan, life a year and a half after her accidental fall and her upcoming experience on the road as a new mom of two.

“Everything that we all do is just as difficult but in different ways,” said Underwood, 36, addressing the “way high” bar, as Morales described it, of juggling sometimes nightly concerts and being a mom to sons Jacob Bryan, 3 months, and Isaiah Michael, 4.

Admittedly, though, the mother of two is “tired” while traveling around the country with an infant and young child — but she also couldn’t be more thankful.

“How many people get to take their children to work with them?” mused the American Idol champ.

Underwood has been transparent about her struggle to have a second child, having suffered multiple miscarriages before she and Fisher, 38, welcomed baby Jacob on Jan. 21.

“I’ve definitely had people come up to me on the street and just cry and just say, ‘It’s nice to know that somebody knows what it feels like,’ ” she told Morales.

Another way Underwood can relate to her fellow mothers? She hasn’t been immune from feeling like she has to “do it all” as a parent. “I feel like moms put a lot of pressure on themselves to have it all together and know everything and plan for everything and … it’s impossible,” said the “Love Wins” singer.

“If there’s anything the past couple of years have taught me [it’s] that you don’t know what’s gonna happen next,” Underwood added during in the interview. “And there’s no way you can plan for everything or make everything be the way you want it. So it’s been good for me to just kind of be present, and live in the moment and stop trying so hard to plan out the entire rest of my life.”

“At this point,” Underwood told Morales, she isn’t sure whether she and her retired-hockey pro husband will add more children to their brood. But never say never.

“It’s such a difficult road to get where we are now,” she said. “And I’ll have to evaluate after this tour is over. Then we can talk about what’s next. But I’ve been a lot of kind of ‘live in the moment’ lately.”

“And I think that’s good,” Underwood continued. “I am kind of a planner and I really do like knowing what’s around every corner.”

Tickets for the Cry Pretty Tour — which kicks off Wednesday in Greensboro, North Carolina — are available now on ticketmaster.com and vividseats.com.