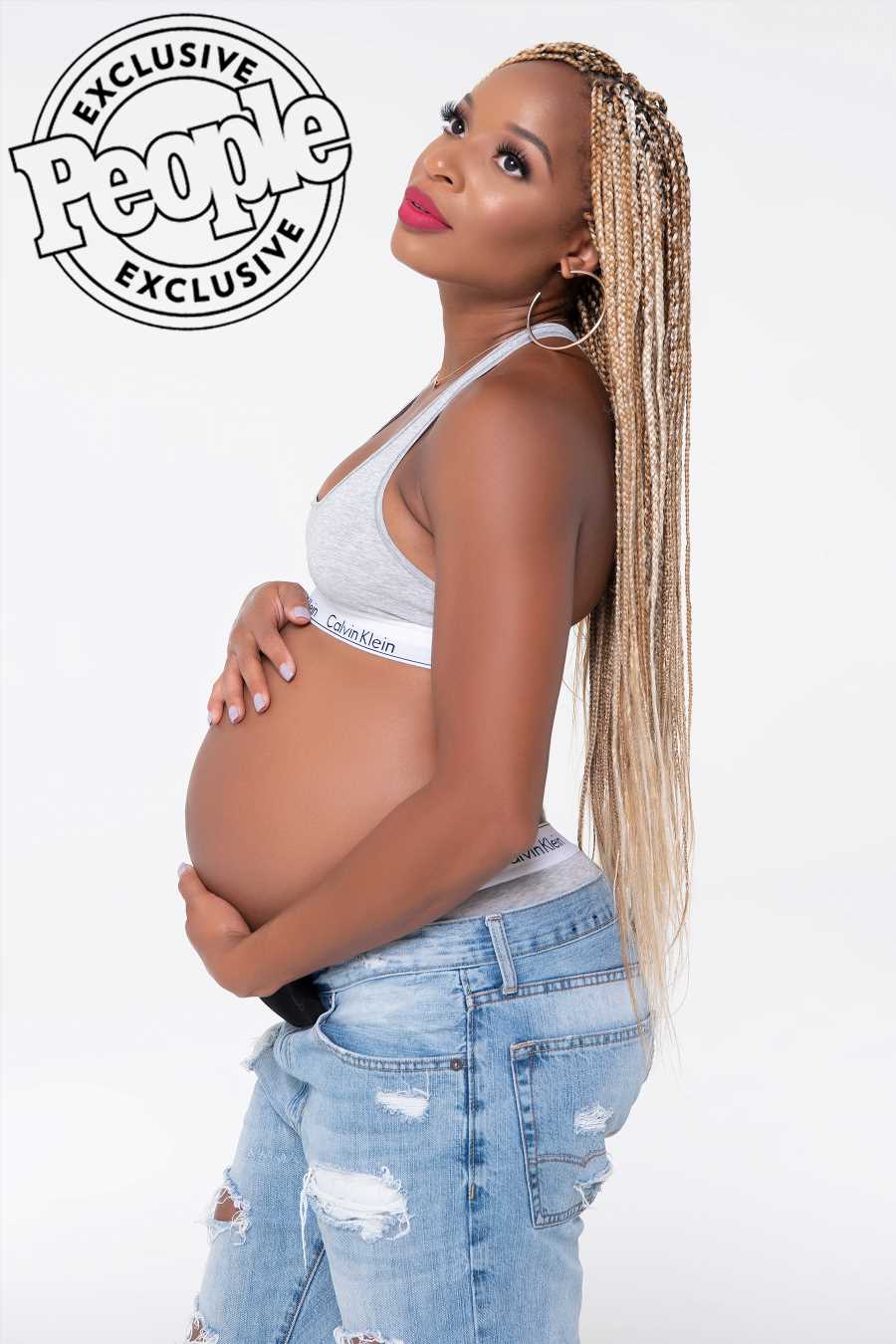 Natasha Hastings knew she wanted to start a family with fiancé William Gay one day — but by “one day” she meant down the line, hopefully after having retired from her athletic career.

The two-time Olympic gold medalist track-and-field sprinter, 33, recalls taking the pregnancy test with former Super Bowl champion and Pittsburgh Steelers cornerback Gay, 34, and how she struggled to share in his joy.

“We took the test together, me and my fiancé, and I could see on his face the excitement,” she tells PEOPLE. “But he was also holding back because he could see — I hate using the word disappointment because I’m elated to meet this person — but in the beginning, it was a struggle.”

The track star, now 34 weeks pregnant, was worried about what this would mean for her career, and for her goal of returning to the 2020 Summer Olympics next year in Tokyo with the intention of making it on the podium.

It’s a concern she realized many women face when hit with the impending reality of motherhood, she tells PEOPLE.

“When we, as women, decide to start our family, we are literally sometimes faced with the choice of family versus career and it shouldn’t be that way, but I definitely found myself in that space where I couldn’t be happy at first,” Hastings tells PEOPLE.

“I just didn’t know what that meant for me … financially, sponsorship wise and then, of course, the timing,” she continues. “Just thinking about training. It was pretty rough to get through the first trimester just thinking about all of those things.”

Fortunately, her experience with her primary sponsor, Under Armour, was incredibly positive, she explains. And after making it past the initial shock and anxiety, Hastings shares that her pregnancy has only fueled her motivation to continue training — with the encouragement and green light from her doctors.

“I want to prove to myself that even though this happened not necessarily in the order that I wanted it to happen doesn’t mean it’s the end of the world,” she says. “Things may work out in my favor, things may not work out in my favor, but I think I would be most disappointed in myself if I didn’t try at all and just threw in the towel because I’m going to be a mom.”

But the mother-to-be knows that there will be a difficult road ahead getting to the Olympics in such a short time frame, with the “one year out” date already behind us.

Mom’s Photos of Girls as Princesses and Athletes Go Viral: “Our Daughters Do Not Have to Choose”

Due on Sept. 2, Hastings and Gay have opted to be surprised by the baby’s sex.

And in the same way she aims to be the best version of herself, the track-and-field pro also tells PEOPLE that she and Gay want to give their children the opportunity to “blossom” into their own passions.