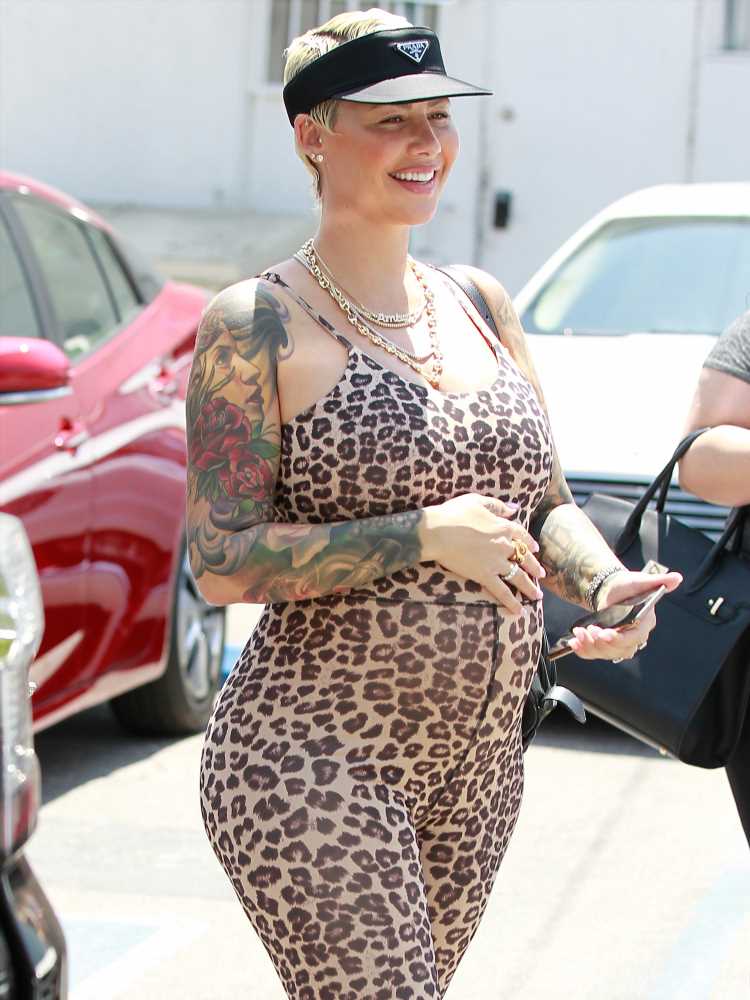 Amber Rose is having a tough second pregnancy.

The model recently revealed that she’s suffering from hyperemesis gravidarum, an extreme form of morning sickness that she also battled while pregnant with her now-6-year-old son Sebastian Taylor.

“I said I was going to document this pregnancy a little bit more than I did with Sebastian, ’cause with Sebastian I had hyperemesis, and I have hyperemesis again with this baby,” she said in an Instagram video on Monday.

“And for people that don’t know what it is, it’s basically extreme nausea, vomiting and dehydration. I’m really, really tired. I can eat a little bit more now ’cause I’m in my second trimester, but not much.”

Rose, 35, added that while she has made attempts to get her life back to normal by visiting the salon, she’s resigned to the fact that the condition forces her to spend much of her day sleeping: “I try to like, be cute and get my hair done and then I just slept in it and messed it up.”

According to the American Pregnancy Association, hyperemesis, as Rose explained, is characterized by “severe nausea, vomiting, weight loss and electrolyte disturbance.” Some cases are so intense that moms-to-be must stay in the hospital to receive fluid and nutrition through an IV.

But Rose, who is due in October, isn’t alone in sharing her struggles with the condition.

In November, Amy Schumer was hospitalized with hyperemesis while pregnant with her first child, and Kate Middleton has battled it during all three of her pregnancies.

The association says that most women feel relief from their symptoms between weeks 14 and 20 gestation, though up to 20 percent of women have hyperemesis for their entire pregnancy.

Rose, however, admitted that the pain was entirely worth it, because “babies are a blessing.”

“It’s really, really hard being pregnant, I’m not gonna lie. To all the women out there that just pop out babies like it’s nothing, God bless you guys, ’cause oh my God, it is just a lot,” she said. “I want to be out, I want to be cute.”

“I want to show off my belly. I just can’t get off this couch,” Rose continued. “I’m tired and I just want to barf all day. It’s just not fun. But it’s totally worth it.”

Pregnant Amber Rose Smiles as She Shows Off Her Baby Bump: “I’m Getting Bigger”

Rose announced she is expecting a baby boy with boyfriend Alexander “A.E.” Edwards in April. It’s the first child for the star and the Def Jams A&R vice president, though she is mom to Sebastian with ex-husband Wiz Khalifa.

“@ae4president and I are SUPER excited to announce that we have a Sweet little Baby Boy on the way!” she wrote on Instagram, alongside a photo of her getting an ultrasound. “P.S Sebastian is soooooo Happy to be a big brother!”

In her video revealing her battle with hyperemesis, Rose heaped praise onto her partner, telling fans that he is “so amazing” and takes great care of her.

“He’s so awesome, he’s such a good guy,” she praised Edwards. “He went out with his friends today, and I’m like, ‘Please go out, honey, you do so much for me, go have a good time with your boys.’ “

The couple have been dating since September, according to TMZ.