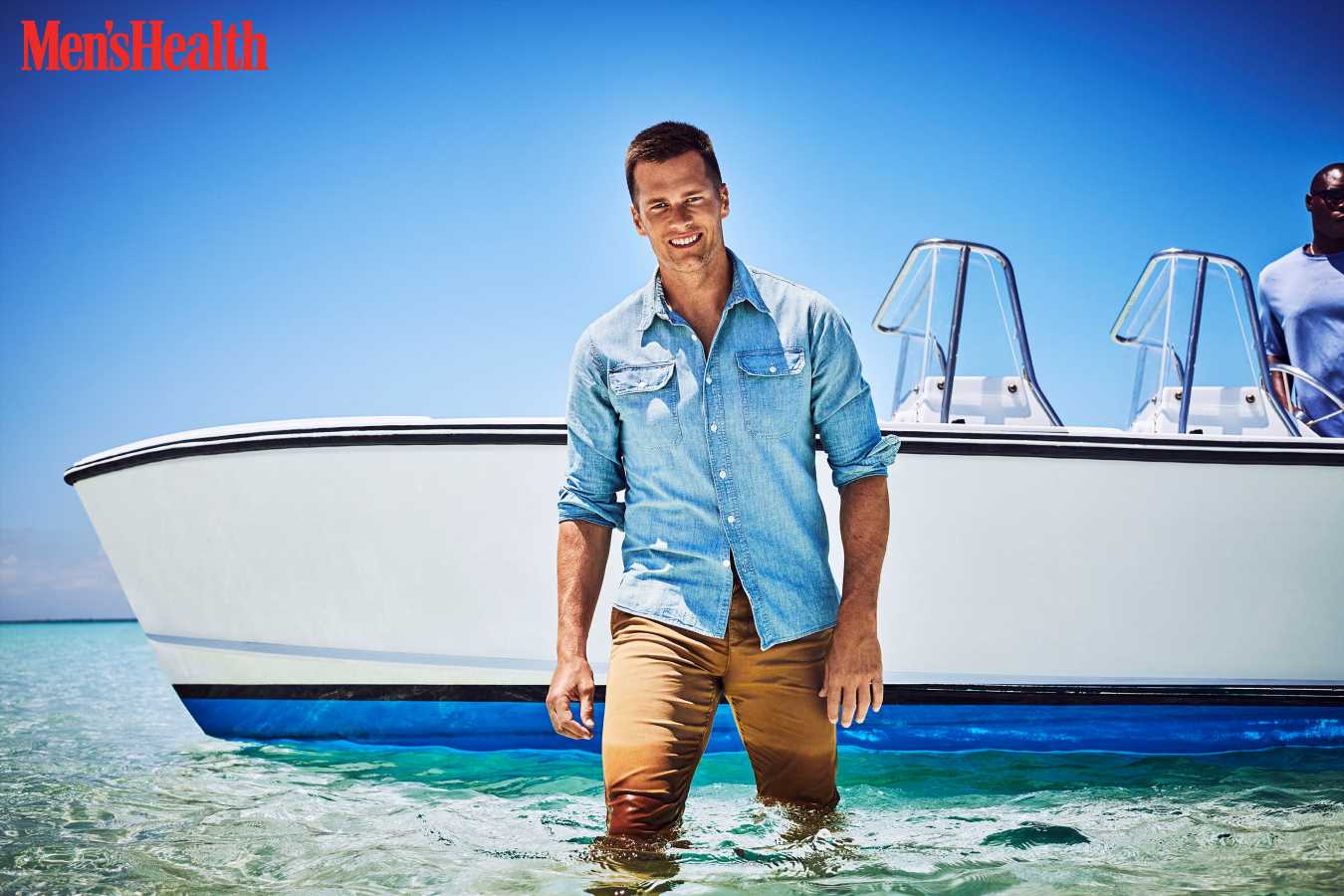 Tom Brady knows firsthand that kids march to the beats of their own drums.

In his September cover story for Men’s Health, the New England Patriots quarterback, 42, opened up about how all three of his children are different from each other — and in some cases, from their father too.

“[John “Jack” Edward Thomas] is just like me — he holds a lot in,” Brady said of his oldest child, who turns 12 this month, with ex Bridget Moynahan.

Meanwhile, the two kids he shares with wife Gisele Bündchen (daughter Vivian Lake, 6½, and son Benjamin Rein, 9½) have their own ways of handling things.

“Benny lets it all out. Vivi, she doesn’t care,” he said, adding that children stay true to who they are. “They’re going to be their own selves, not who you want them to be.”

Tom Brady Wants His Daughter, 6, to Play Hockey — But Gisele Bündchen Says “Over My Dead Body”

“[Jack] wants to try hard, and he never wants to disappoint his dad,” Brady told Men’s Health, noting that he was exactly the same way as an adolescent.

“I’d wake up early on the weekends to do stuff with my dad. That’s why I didn’t party a lot. If Dad wanted to golf, I wanted to be there with him. And if I ever missed those things, it would crush me,” he said.

Tom Brady Tries to “Treasure Every Second” With His Family: “Prioritize the Things You Love”

“And Gisele kept saying to me, ‘Would you effing understand that your son is different?’ ” Brady added, admitting, “It was hard for me. I was like, ‘What do you mean? He’s a boy; he should do all these things that I do.’ “

“The reality is that Benny just likes different things,” he continued. “And it’s great because now I just have to go do what he wants to do. When we do that, we have the best time. He’s like, ‘OMG, Dad, you’re so funny.’ He loves joking, and I joke back.”

However, there is one celebrity that Benjamin might rather hang out with than his football-pro dad: Dwayne “The Rock” Johnson.

During Brady’s interview for Men’s Health, Benjamin came in to ask his father whether Jumanji: The Next Level — the sequel to 2017’s popular film, which will be released in this December — was “almost finished.”

“Benny would rather hang out with DJ than me, clearly, as you can see, which I love,” Brady quipped.

As for how his children can help him through difficult times, Brady opened up about how as a parent, he had to put his own “emotions aside” following the Patriots’ Super Bowl loss in 2017.

“I had to put my emotions aside so I could deal with their emotions,” he remarked. “I said, ‘Guys, look: Daddy doesn’t always win. That isn’t the way life is.’ “

” ‘You really try hard — that’s the most important thing,’ ” the athlete continued. ” ‘If you gave it your best, you live with the outcome.’ “