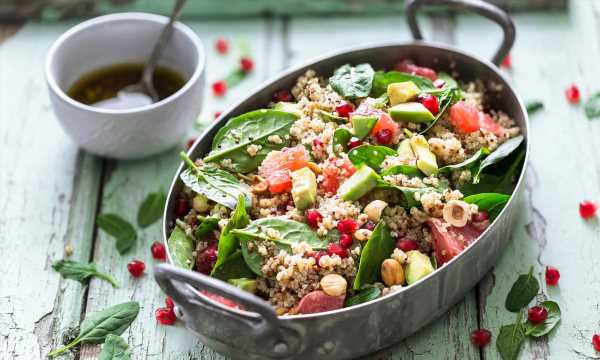 We're now half way through Veganuary – how are getting on with reducing the animal products in your diet this month? If you’re struggling with motivation or haven’t even considered jumping on the vegan bandwagon yet, there's still plenty of time to get involved. And even if you just do it for two weeks, ditching the animal products and embracing the veggies can have a positive effect on not only your health but also the health of the planet.

Here are 10 reasons to help you make up your mind.

1. Being Vegan reduces the risk of heart disease

Vegetarian diets are lower in saturated fats than meat-based diets. Vegetarians have been shown to have a lower risk of dying of heart disease than meat eaters.

2. Vegan diets can give you more energy

With less fat in your blood stream, it's likely you'll feel full of beans – literally! Too much fat in your bloodstream can cause your arteries to not open properly and your muscles won't get enough oxygen. This can result in a loss of energy.

3. Eating meat is bad for the environment

It's not just you but the planet too that can benefit from a step away from meat. A United Nations report titled Livestock's Long Shadow revealed that eating meat is "one of the most significant contributors to the most serious environmental problems, at every scale from local to global."

Vegetarians and vegans have been shown to have less hypertension than those who eat meat. High blood pressure is the number one risk factor for death in the world. And it's not just the older population who need to worry. One fifth of 24-32 year olds in the UK have high blood pressure. A vegan diet very significantly lowers your risk of high blood pressure by anything between 33 to 75 per cent compared to meat and dairy eaters.

5. Avoiding meat can improve your skin

Vegetarianism is one of the best diets for your skin. Eating fresh fruits, vegetables, and whole grains means your body will have an abundance of antioxidants, which neutralize the free radicals that can bring on wrinkles, brown spots, and other signs of aging.

A recent study showed that a vegetarian diet is twice as effective for weightloss as meat-driven meal plans.

A nutritious plant-based diet is good for your gut as well as your overall health. But it's important to plan vegan meals carefully as just avoiding meat isn't enough to help improve digestion. Eating more fiber-rich foods like fruits and vegetables means you'll be consuming more nutrients, are more likely to get full soon and will have regular bowel movements.

If you are eating meat, cheese, and highly processed foods, chances are you have elevated levels of inflammation in your body. While short-term inflammation (such as after an injury) is normal and necessary, inflammation that lasts for months or years is not. Reducing it can reduce your risk of cancers, heart disease, diabetes and Alzheimer's.

Animal protein, especially red and processed meat, has been shown in study after study to increase the risk of type 2 diabetes. Omnivores have double the rate of diabetes compared with vegans.

10. Going vegan can help stop unfair treatment of animals in the meat industry

If you don't do it for yourself, you might want to consider doing it for the animals. While many animals are treated humanely, there are also many situations where animals raised for the meat industry grow up living in cramped, small spaces, with no access to the outside world.