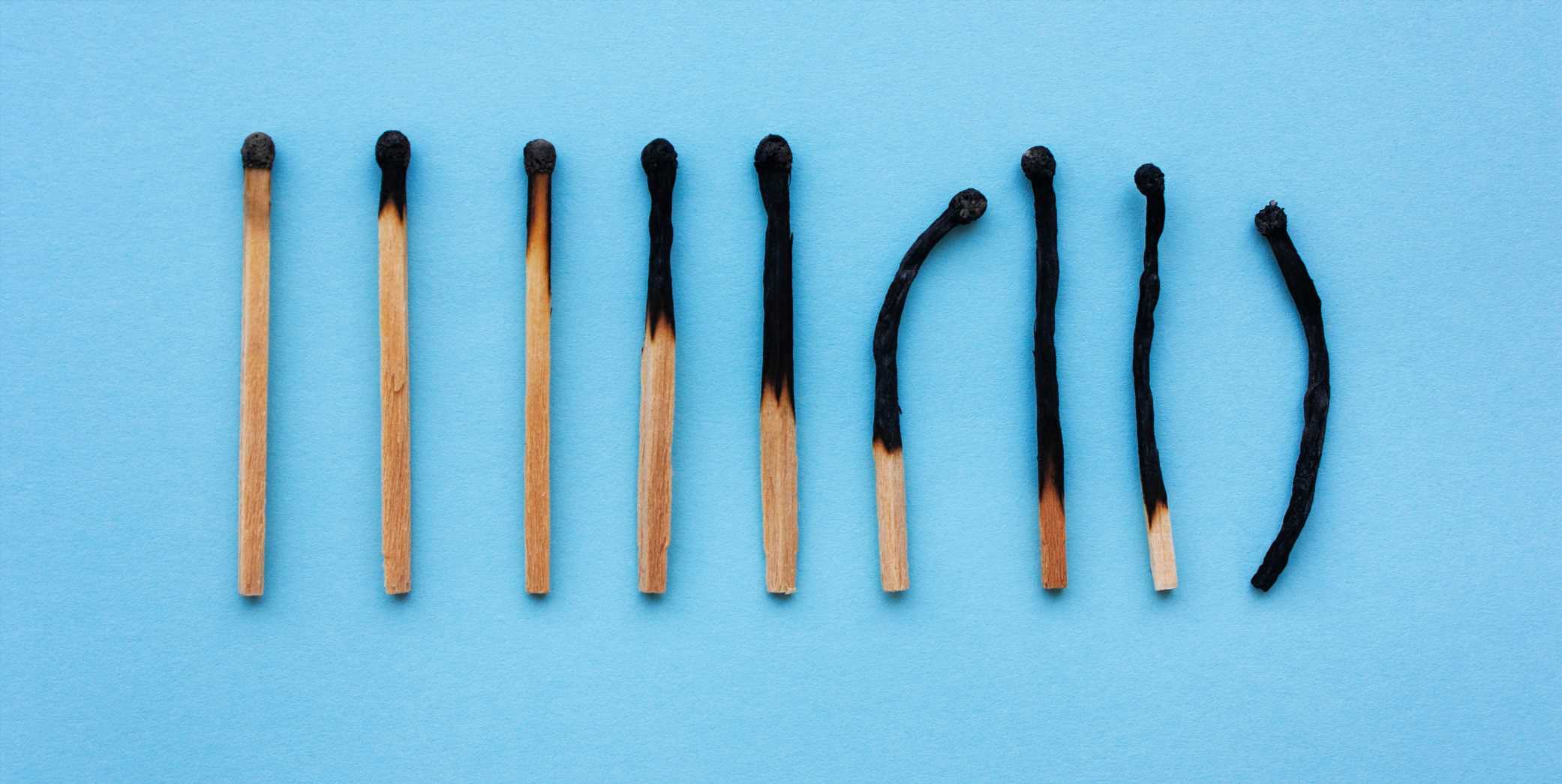 Steve Blank’s oh-shit moment came during a Friday afternoon sales meeting. He had been dividing his time between two Silicon Valley tech jobs, one for a company outside Palo Alto serving the defense and intelligence communities, and the other for a microprocessor producer called Zilog. He was good at his work—necessary, even. He put in six or seven 16-hour days a week and accepted the crazy schedule.

At the Friday meeting, “about three-quarters of the way through my workweek,” as Blank puts it, a colleague reminded him about upcoming classes he needed to teach. “The devil is in the details,” the colleague advised. Blank nodded and went for the obvious defense contractor joke: “I’ve got it under control, as long as the devil coming at me isn’t an SS-18.” (He was referring to a Russian ICBM dubbed “Satan”). Expecting at least a chuckle or two, Blank saw only uncomprehending stares. Weird, he thought. Then it hit him: These weren’t his defense contractor coworkers. He wasn’t even at his defense gig. He was at Zilog and, to his growing horror, he realized that he had no memory of driving across town to get there, no recollection of greeting his colleagues, no idea how he’d gotten through most of the afternoon without even knowing where he was.

Blank later left the meeting and sat in his office looking befuddled.

“Take it easy this weekend,” the VP of sales told him. “You look a little burned-out.”

Most of what you think you know about burnout is probably wrong. Occupational burnout like Blank’s is not a simple matter of fatigue or boredom. Nor is it tied solely to level of compensation. Severe burnout can be debilitating. You may find yourself growing profoundly cynical and feel like you never accomplish anything at work; you may hate your clients and colleagues and struggle to find the courage to get out of bed; you might feel detached from your life, almost as if you’re operating on autopilot. Burnout syndrome, at its worst, can ravage workers and even entire companies.

According to psychologist Michael Leiter, Ph.D., 25 percent of the workers he’s studied suffer from at least one symptom of burnout, and he suspects that figure is also true of the workforce at large. Burnout doesn’t discriminate, and it affects people across the board—blue collar and white collar workers, entrepreneurs, call center employees, tech pros, teachers. In this always-on age, when reading a new email from the boss on your smartphone may be the first and last thing you do every day, it’s not surprising that the problem seems to be worsening.

“There’s no question that we’re at greater risk of burnout today than we were 10 years ago,” says Ron Friedman, Ph.D., a psychologist who works with private and corporate clients. Men and their supervisors may have misconceptions about what burnout is and have little idea how to stop it. One assumption is that employees crack because they can’t handle their workload. This view assumes that something is wrong with you if you’re struggling, “that you must be weak, not competent,” says Christina Maslach, Ph.D., a professor of psychology at UC Berkeley. But burnout isn’t just about being overworked. In fact, researchers have identified several common causes. Here’s a rundown and, most important, how to avoid them.

This may be the major reason burnout is on the rise. “We’re surrounded by devices designed to grab our attention and make everything feel urgent,” says Friedman.

“Before the Blackberry and iPhone, leaving your work at the office was the default. Today we’re all carrying our office around in our pocket.” Indeed, in a recent survey of HR execs by the companies Kronos and Future Workplace, 32 percent cited “too much overtime/after-hours work” as a primary contributor to employee burnout.

To ease the compulsion to check your smartphone, the Center for Humane Technology suggests turning off the color. Why: Your brain loves color. It responds to it. It delights in it. And that’s likely one reason you love your smartphone so much. Grayscaling the screen may make you less likely to pick it up and also spend less time online when you do so. Google “grayscale” and your specific phone model for instructions.

2. Your coworkers are idiots.

Leiter, a professor of organizational psychology at Australia’s Deakin University, studies burnout and incivility in the workplace. He asked burned-out nurses what caused them the most distress at work. Many mentioned “unpleasant interactions” with coworkers, namely the woman who doesn’t say hello when she walks by, doctors who are rude to anyone “beneath them,” and the endless snark from all quarters. To find out if this incivility was contributing to their burnout, Leiter organized meetings during which he encouraged everyone to discuss their feelings. Then, he says, he “basically taught them to talk nice to each other.” The result? A year later, with a new social climate in the hospital, nurse absentee rates had declined dramatically, and follow-up surveys were positive.

People want to feel valued. If that isn’t happening in your workplace, be the change you desire. Say hello in the morning. Don’t be dismissive of support staff, and cut back on your own snark. Civility is contagious. If a colleague keeps acting like an idiot, try respectfully and honestly explaining how his or her behavior is affecting you. And if all else fails, remember the personal motto of WWII general “Vinegar Joe” Stilwell, popularized by Barry Goldwater and displayed on the desk of former house speaker John Boehner: “Don’t let the bastards grind you down.”

Burnout could be hardwired into your DNA. Studies have recently tied depression to specific genes. Wilmar Schaufeli, Ph.D., a professor of psychology at Utrecht University in the Netherlands, is investigating this connection. Burnout has been shown to be more common in children with burned-out parents or siblings, he says, but that may not mean it’s genetic; home life could have spurred it. Research also notes correlations between instances of burnout and depression.

If your family tree has some charred branches, start paying more attention to the state of your mental health. (Mindfulness is all the rage for a reason.) Be proactive; if you’re starting to feel burned-out, don’t let it fester. Some companies provide a few sessions of free, confidential psychological counseling as part of their health-care benefits. Check if your employer does and, if so, take advantage of it.

The guy who fails upward. The credit-grabbing sycophant who gets Employee of the Year. The coworker with the same duties who earns more than you do.Workplaces that feel unfair breed burnout. Four out of 10 HR execs in the Kronos/ Future Workplace survey named “unfair compensation” as a top contributor to employee burnout; it was the most common response. But unfairness is nuanced. As one worker told Leiter, “the randomness of why some are promoted and others are ignored drains your spirit.”

If you’re a manager, then this one might be your fault. Employees may find out if a worker in a similar role makes more money than they do. Salary parity—or the occasional bonus—helps reward employees and may keep turnover rates low. Not a manager? Ask your supervisor what specific responsibilities or achievements it would take for you to get the promotion or raise you deserve—and then nail them.

5. Your job is your identity.

Jari Hakanen, Ph.D., a research professor at the Finnish Institute of Occupational Health, believes burnout stems partly from our fundamental relationship with work. People who derive all their satisfaction and self-worth from their jobs are more likely to burn out when things go south in the workplace.

“Although being passionate and engaged in work can be positive, research shows that it’s good to detach from work,” Hakanen says. “You regain your energies. You need other things in your life to build your identity around. It’s not just work that is your life.

The next time a stranger asks you what you do, try responding by not mentioning your job. If you struggle with that, guess what? Your job is probably your identity. Try exploring new ways to define yourself. Take up a new hobby, one that’s personally challenging and satisfying. Hakanen is into ice swimming. “I’ve never seen anybody thinking about work issues when they’re in near-freezing water,” he says. If that’s too Finnish for you, there are a gazillion other things out there for you to try.

6. You feel a lack of control.

Burnout is defined as three feelings: exhaustion, cynicism, and something called inefficacy, or the sense that you’re incapable of accomplishing anything. A great way to experience this is to get stuck in a job that gives you no control, says Hakanen. If you don’t control your schedule, you can’t optimize your workload and things can pile up—another big contributor to burnout, according to the Kronos/Future Workplace survey. And if somebody else is setting unrealistic goals and expectations for you without your input, that also makes it easy to feel helpless.

Simply scheduling your workday on your own could help reduce burnout. You have three options for this: First, seize the day and just start doing it. As long as you’re meeting your overall daily goals, the boss shouldn’t care how you’re getting there. If that’s not possible, try saying “no” to more work requests. Don’t get carried away; all it takes is an occasional, “Sorry, but I just can’t do that” to make you feel more empowered. Finally, if neither option fits your workplace, make a to-do list of what you can control (stockpile sticky notes, air-dust keyboard) and eliminate items as they’re accomplished. Don’t just tap “complete” on a productivity app. Write those items down—on paper, dammit—and draw a thick, aggressive line through each one when done. The satisfaction may help your attitude.

7. Your job is booooring.

Tedious or unsatisfying work erodes your sense of worth. Nobody likes throwing away eight (or 10 or 12) hours a day on doing nothing. But pulling an Office Space stunt isn’t always possible; somebody’s got to pay the rent.

If you’re stuck in a decent-paying gig that just isn’t doing it for you, Hakanen recommends “job crafting.” This means working within the confines of your job to focus on what you enjoy or find fulfilling. Is there another duty you could take on that you’re good at and genuinely like doing, even if it adds to your workload? Go for it. That goofy kid right out of college trying to make his way in the firm? Consider mentoring him. And although this may sound crazy, changing your attitude about your job could help too. Think of it this way: You’re not just managing employees and tasks; you’re part of a company pushing technology forward and making life better for customers. Go ahead and roll your eyes, but the benefits of such “cognitive restructuring” are supported by research.

Steve Blank learned all these lessons the hard way. After that frightening Friday, he took a couple of days off and drove an unspoiled stretch of the California coast. Amid the redwood groves, seaside cliffs, and scent of eucalyptus, he realized that no one was going to send him a memo to work less. So he decided to work only at what interested him most. And he vowed to forge a life outside work, eventually buying a home on a serene patch of land by the sea.

These life decisions didn’t sabotage Blank’s career or make him any less successful. No, he went on to eight different startups and was an innovator in startup creation. But by keeping work in perspective, he did it on his terms. You can too.