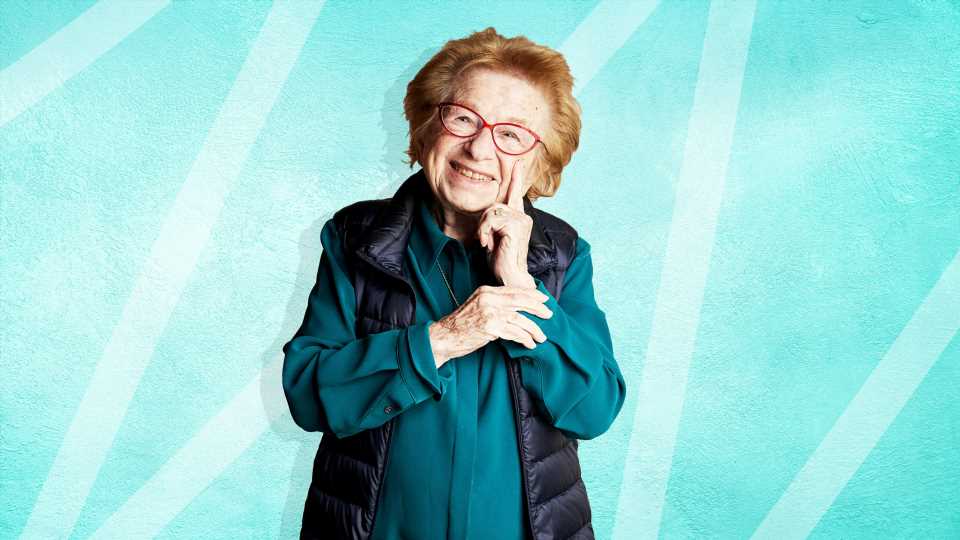 As America’s most famous sex therapist, Dr. Ruth is also a media personality, professor and author — she has published nearly 40 books. She’s been answering every question about sex that you can imagine since she kicked off her career in media in 1980 with the radio show “Sexually Speaking.” Since then, she’s become a household name by hosting multiple television shows and never shying away from controversial topics. Chances are, you knew most of this. But watching “Ask Dr. Ruth,” the Hulu documentary that follows her amazing life, revealed plenty of things I didn’t know about her. Though she stands at only 4’7” she has said she feels 6’ tall, and after watching her inspiring story, it’s easy to see why. Here are seven things I learned about Dr. Ruth.

Someone tried to do a citizen’s arrest on Dr. Ruth

Nowadays talking about sex isn’t a big deal. But that wasn’t always the case, especially when Dr. Ruth first hit the scene. Discussing sex and sexuality openly as she did was groundbreaking — and some people didn’t like it. In fact, when she was speaking at Oklahoma State University in 1985, someone from the audience threated to make a citizen’s arrest, but he was escorted out of the venue by OSU officials.

Dr. Ruth was born and raised in Germany. When she was 10 years old her parents sent her to live in an orphanage in neutral Switzerland to protect her from the Nazis. After the war, she moved to Israel. There she finally learned that her parents and beloved grandmother did not survive the Nazis – her father perished in Auschwitz.

During the height of the AIDS crisis in the 80s, when homophobia was rampant, she said, “I believe as a society we have to give these people respect.” Speaking openly about homosexuality, she started to shift the public opinion of HIV/AIDS, explaining that prevention was about education and using condoms. Being a German Jewish refugee shaped her opinions, which is why she is sensitive to those who have been deemed as outsiders. Time and time again, she has said there is no such thing as “normal” – everyone is normal. She has said, “Respect is not debatable.”

She supports women’s equality in and out of the bedroom

Long before feminism was taking over pop culture, Dr. Ruth advocated for women’s rights —and that included good sex. “Women have to take the initiative and take responsibility for their own sexuality,” she said. But she is sometimes old fashioned, too. In “Ask Dr. Ruth,” she tells her granddaughter that it’s okay to let men pay for dinner sometimes.

In her documentary, she reflects on her father’s words. He told her she had to learn because no one can take learning from you. At the orphanage in Switzerland, girls weren’t allowed to attend high school, so at night she’d read her boyfriend’s books in the light of the stairwell to keep up. After she moved to the United States, she didn’t get her doctorate until she was 42 years old.

When Dr. Ruth emigrated to Israel, she became a trained sniper for Haganah, the Jewish underground army that was a precursor of the Israel Defense Forces. In 1948, when she was just 20 years old, she was so gravely injured during a bombing in the 1947-1949 Palestine War that she almost had to have her legs amputated. The local hospital was so crowded that they didn’t have enough beds, and she was so petite that they put her in a bookshelf. Still, she was able to walk again after a few months and made a complete recovery.

Though she exercises her right to vote, she won’t share who she votes for. “Someone who talks about sex as much as I do can’t talk about politics,” she says. However, she is an outspoken supporter of keeping abortion legal, though she doesn’t politicize it.