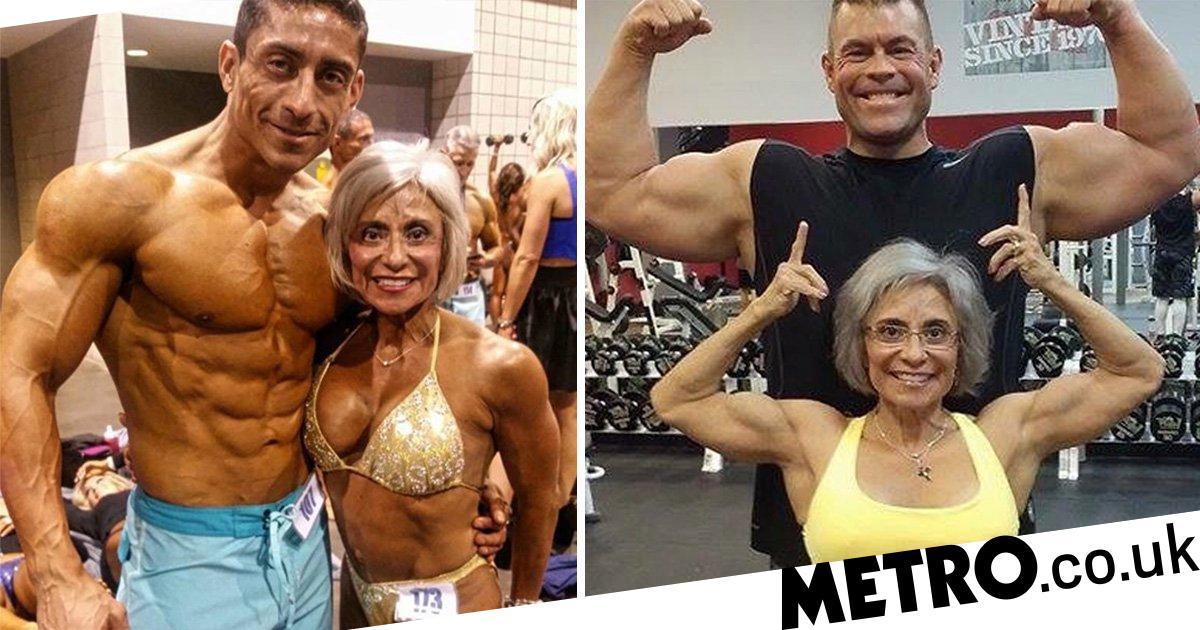 Doctors said it meant she would no longer be able to take part in her passion – bodybuilding.

Rebecca says that her impressive physique and lifestyle has even improved her sex life with her younger husband who is 14 years her junior.

She has won various national weightlifting contests, often winning in the over 35s category as the oldest contestant.

She started out  following the birth of her third child, when she asked the owner of her local gym to help her understand the equipment and to create some meal plans.

But at 33, doctors warned Rebecca that she had RA – along-term condition, which causes pain, swelling and stiffness in the joints.

They said it meant she would never be able to participate in bodybuilding competitions and she ought to stop lifting weights.

Instead of listening to the advice, Rebecca decided to continue at the gym.

She said: ‘Once, I was told by my doctor “I wish you just planted flowers because you will never compete in bodybuilding,” well I did, and I’m still competing, I still have rheumatoid arthritis.’

‘Basically, I have never stopped lifting weights. I competed in the late eighties and early nineties in powerlifting, which in turned bulked me up.

‘I realised pound by pound that I was strong.’

Between 1980 and 1990, Rebecca has competed in three NPC National bodybuilding competitions and she has won each one.

Rebecca said the sport has improved her symptoms from her rheumatoid arthritis (RA).

‘I realised I can’t lift what I could in my late thirties or forties, but I still lift and with my RA I’ve learned to balance this as well. I have good days and bad days, but I believe if “you don’t use it – you lose it”.

‘It has kept me in shape, and I feel it has added spice to my marriage – after all my husband, Steve is fourteen years younger than me; we met when I was thirty-six and he was twenty-three.’

Despite her achievements, Rebecca has received hateful comments from some people who tell her she’s too masculine.

But it doesn’t bother Rebecca who said the lifestyle came naturally to her as eating or brushing her teeth. Though she follows a strict diet and excercise regime, she does have some downtime too, enjoying eating pizzas and drinking margaritas.

‘People are much kinder than they were years ago,’ she added.

‘I believe out of respect for my age, they feel I’m an inspiration- they tell me “you’re the reason I go to the gym or do cardio or take Zumba classes”. It makes me feel good.’