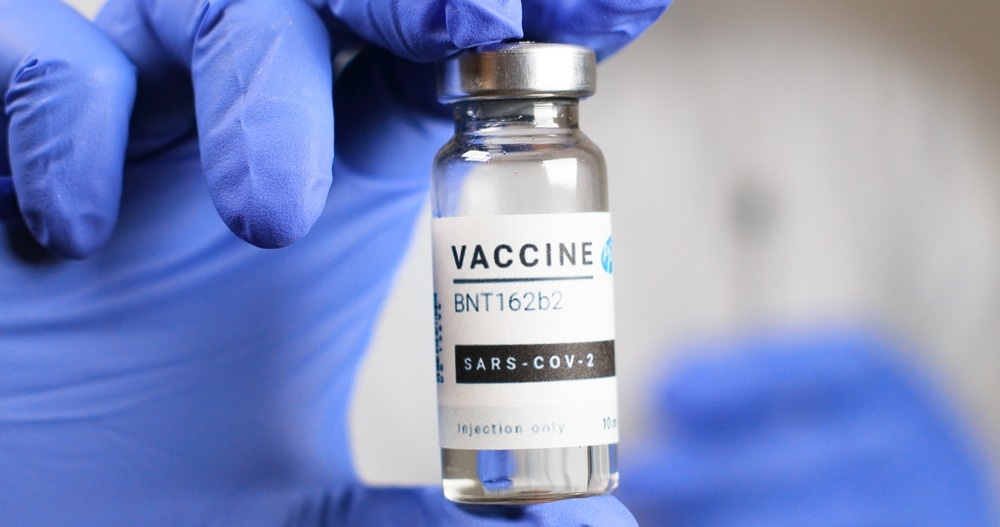 COVID-19 hospitalization and the related fatal outcome can be avoided with severe acute respiratory syndrome coronavirus 2 (SARS-CoV-2) vaccination. Studies have indicated that the efficiency of vaccines is diminished in older people and affects their general health.

However, there is a lack of information regarding how and to what extent immunological defects related to age are to blame for the waning vaccine responses observed in older people vaccinated with the SARS-CoV-2 messenger ribonucleic acid (mRNA) vaccine.

In the present study, researchers assessed the adaptive immunological reactions of persons aged between 22 and 99 who received two doses of the BNT162b2 mRNA vaccination.

For this trial, 66 participants were enrolled, and blood samples were collected 42 to 81 days after the initial vaccination. The eligible individuals had no history of SARS-CoV-2 infection or related symptoms. SARS-CoV-2-infected patients with polymerase chain reaction (PCR) confirmation were also included. SARS-CoV-2 neutralizing antibodies (VN) were also tested in the study subjects.

We looked into whether age also impacted the strength and caliber of the T-cell responses specific to SARS-CoV-2. The team employed an ex vivo interferon-gamma (IFN-ɣ) enzyme-linked immunospot (ELISpot) test to stimulate peripheral blood mononuclear cells (PBMCs) having overlapping peptides across the SARS-CoV-2 spike (S)-1 and S2 subunits.

Taking into account the surface expression of the C-C chemokine receptor type 7 (CCR7) and CD45RA, the team classified the CD4+ and CD8+ T cells into four differentiation subsets naive, central memory T (TCM), effector memory T (TEM), and effector memory CD45RA+ T (TEMRA). The proportions of the cells were associated with the frequency of S-specific T cells, as determined by IFN-ELISpot.

Compared to young and middle-aged persons, the team discovered an age-dependent decline in neutralizing antibodies induced by vaccination with considerably lower titers in older adults. As a result of age-related alterations influencing B cells, decreased activation of SARS-CoV-2-specific antibodies, as well as MBCs, was also observed in older persons. SARS-CoV-2-specific T cells may protect against COVID-19 severity in the absence of curative antibodies, which may be crucial for older people who fail to produce VN antibodies.

Age and the Charlson Comorbidity Index were associated with a decrease in the frequency of S-specific T lymphocytes. There was no correlation between the duration passed since the latest vaccination and the extent of the S-specific response. The total S-specific T cell response in people over the age of 66 was considerably lower compared to that in the younger group and, to a lesser extent, between middle-aged and older persons. As a result, 66 vaccinees or more had a larger percentage of non-responders than those in the other two age groups. Young and middle-aged people showed no discernible difference, indicating that older adults were the most affected by the weakening of the vaccine-induced immune response.

As a result of Spike peptide stimulation, there was also an age-dependent decline in CD4+ T cells that produced interleukin (IL)-2+IFN-ɣ+, TNF-⍺+ IFN-ɣ+, and IL-2+ TNF-⍺+, with older people exhibiting a striking decline in these polyfunctional T cells in comparison to the two younger age groups.

The team also noted that middle-aged people have fewer CD4+ polyfunctional T cells than young adults. In contrast, infection with SARS-CoV-2 led to polyfunctional CD4+ T cells across all age groups, albeit to a slightly lesser amount in older persons.

A reduction in naive T cells and an increase in terminally developed T cells were also observed. S-specific IFN-spot-forming cells (SFCs) levels decreased along with the age-dependent decline in naive CD4+ and CD8+ T cells. When the IFN-alpha response on non-naive T cells was assessed by intracellular cytokine staining (ICS), comparable results were found.

Comparing the data from different age groups showed an age-dependent relationship between CD4+ and CD8+ naive T cells and the S-specific T cell response. Particularly in people over 66, the loss of naive CD8+ T cells was inversely linked with the T cell response induced after vaccination. Notably, a higher magnitude of CD4+ TCM and CD8+ TEMRA in older people was linked inversely to the vaccine-induced T cell response, although no correlation was detected with the CD8+ TEM and TCM subsets and CD4+ TEMRA and TEM.

Overall, the study findings indicated that the adaptive immune responses to BNT162b2 immunization generally declined with age. Since some of the examined factors were correlated with age, the association between aging and redistribution of the T cell differentiation subgroups and inadequate T and B cell immunological responses to vaccination do not imply a direct causative relationship.