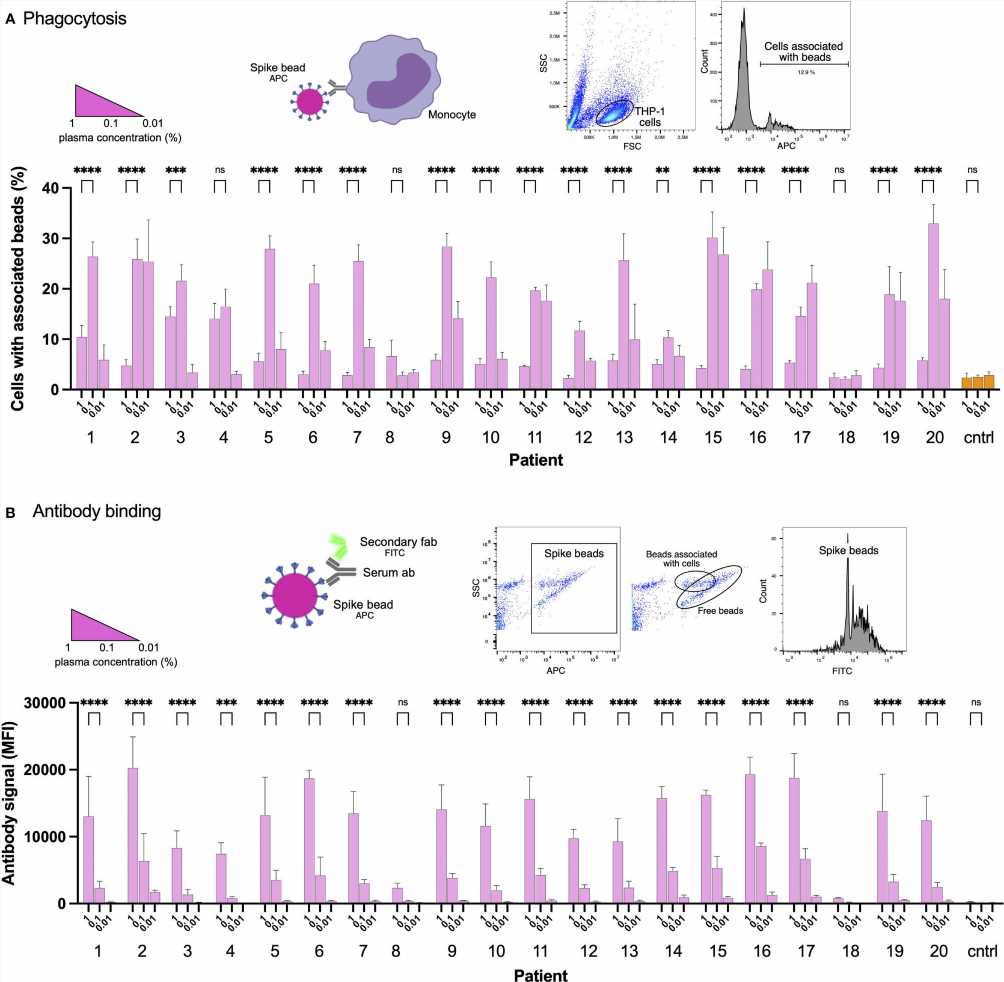 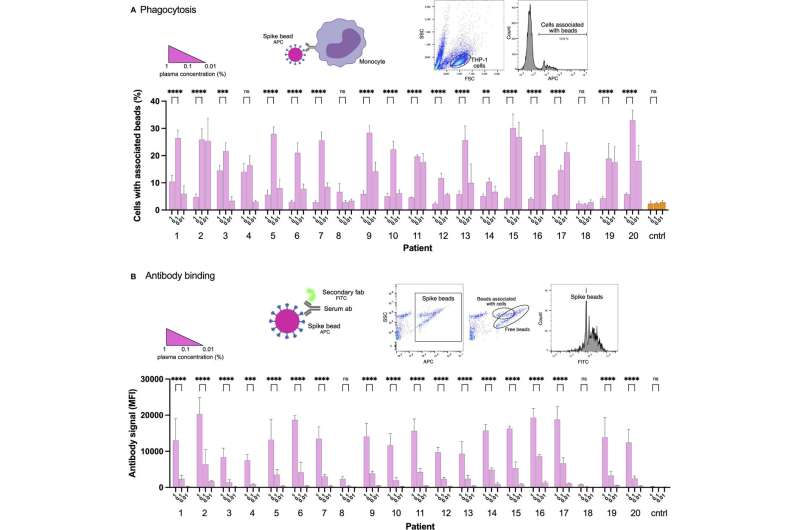 “Our results indicate that non-neutralizing antibodies could also provide protection. This would mean that we have broader protection from antibodies than previously thought, making us less vulnerable to mutations of the virus. It warrants further investigation,” says Pontus Nordenfelt who led the study and is a researcher at Lund University.

In its efforts to produce vaccines and treatments, the research community has focused on neutralisingantibodies, which prevent the spike protein of the virus from binding to the surface protein on our cells.

In a large project led by researchers at Lund University, a more detailed study has been carried out on how the immune system also fights off the virus by means of phagocytosis, the ability to ingest foreign particles, in COVID-19 patients.

Phagocytosis is a type of cleansing mechanism during which the immune system’s players target potential threats, such as bacteria or viruses, and ingests them, and this mechanism is facilitated if the harmful substance is marked by an antibody. The results, published in a themed issue of Frontiers in Immunology, indicate that non-neutralizing antibodies are also important in the fight against COVID—through this mechanism.

“We observed that many of the antibodies that develop in response to COVID-19 are opsonising, i.e. they signal to the immune system’s phagocytes to ingest the virus. Our results indicate that non-neutralizing antibodies, so long as they are able to opsonise, are also able to provide an effective response to the virus,” says Pontus Nordenfelt.

The findings are supported by experiments on mice, in which the non-neutralizing antibodies protected the animals from COVID-19 infection.

The research team also discovered that the amount of neutralizing antibodies affects the process of phagocytosis.

The team identified and isolated immune system cells from the blood of recovered COVID-19 patients. Using several techniques, they mapped which immune cells interact with the virus’s spike protein and identified the antibody binding sites. Then, using flow cytometry, they studied how these antibodies affect phagocytosis.

The researchers coated micrometer-sized beads with the spike protein and in doing so observed that the dosage of neutralizing antibodies had an effect on the phagocytosis.

Opsonisation is the immune system mechanism in which an increase in bound antibodies triggers a stronger phagocyte response. Surprisingly, maximum opsonisation is already achieved at relatively low levels of antibodies. Beyond this, the researchers observed a reduction in the effect. The antibody-binding itself continued to increase linearly, even when the phagocytosis decreased, demonstrating that it is the spike protein that does something that causes this reduced phagocytosis.

To ensure that this was not due to other factors, the researchers set up the same experiment, but this time they used only monoclonal antibodies. This meant that just one type of antibody (clone) was used instead of the standard combination of thousands of different antibodies.

“It showed the same trend. Up to a certain level, there is a linear dosage effect from the antibodies. After that, it dips. Basically, when you give a dose that is too high you don’t get the protective effect,” says Wael Bahnan, researcher in infection medicine at Lund University and first author of the study.