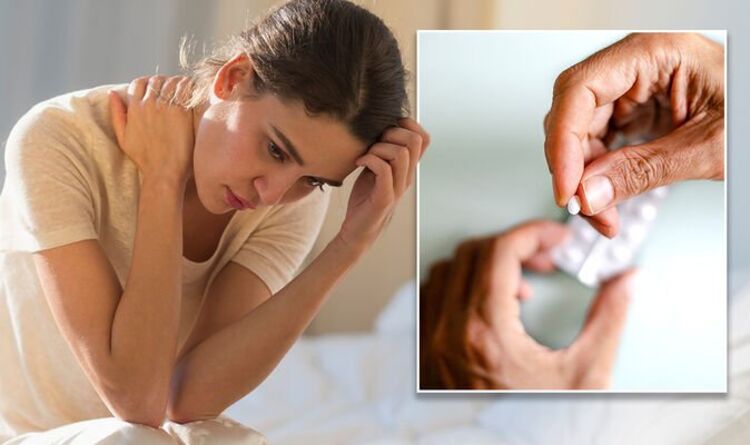 This Morning: Dr Nighat on physical impacts of mental health

On the tubes that glide under London there is an advert by the charity MISSD about a condition known as Akathisia.

The condition “is a disorder, induced as a side effect of medications (including SSRIs and antipsychotics), which can cause a person to experience such intense inner restlessness that the sufferer is driven to violence and/or suicide.”

Although rare, Akathisia is a condition that can occur as a side effect of anti-anxiety and depression medications.

Meanwhile, the charity MISSD was set up in memory of Stewart Dolin who died after committing suicide as a result of the condition stating their “goals are to raise awareness, educate and prevent needless deaths.”

Their aim is to raise awareness of the condition.

Furthermore, the charity adds: “For reasons related to the strong political and lobbying power of pharmaceutical companies, akathisia is rarely explained as a possible side effect of medications, and medical professionals and the general public know very little of the existence of this disorder.”

They say health professionals should “monitor all patients when prescribing medications especially when starting, stopping or changing dosage”.

Professionals can also “tell individuals to watch for symptoms [and] suggest they inform loved ones that the medication is being taken.”

MISSD aren’t the first entity to raise awareness of the risks of Akasthisia.

In their education booklet they cite Dr Joseph Glenmullen.

In 2006, Dr Glenmullen wrote: “Patients have described it to me as listening to nails scratching on a black board 24/7, or your bones rattling like tuning forks. It is this inner agitation that is by far the most dangerous.”

MISSD’s campaign comes at a time where there are mental health challenges for many people across the UK.

Two years of the pandemic have been compounded by a cost-of-living crisis, creating additional challenges for many communities, including transgender individuals.

Professional bodies and support groups have said the mental health of the UK’s transgender community is in crisis.

Dr Adam Jowett, Chair of the British Psychological Society’s Sexualities Section said: “There is strong evidence that minorities experience greater levels of stress when their rights are being debated.

“The mental health of the trans community has been affected not just in the past week but over the past few years: by the perception that the government is hostile to trans rights, the sense that they are not protected and the fact this is happening against a backdrop of hate crime and transphobia on the rise.”

Oscar Hoyle, of charity Blossom, added: “You can’t look at a computer without seeing something questioning a fundamental aspect of who you are. It puts the young people we work with in the position where they never know who is going to support them and who is going to question who they are.”