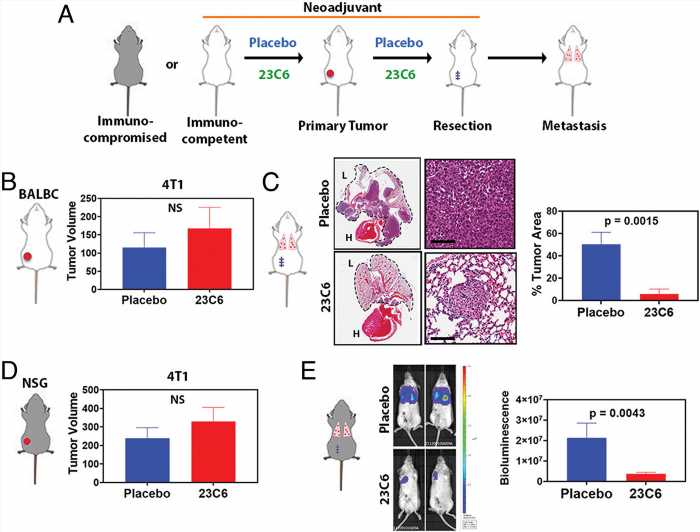 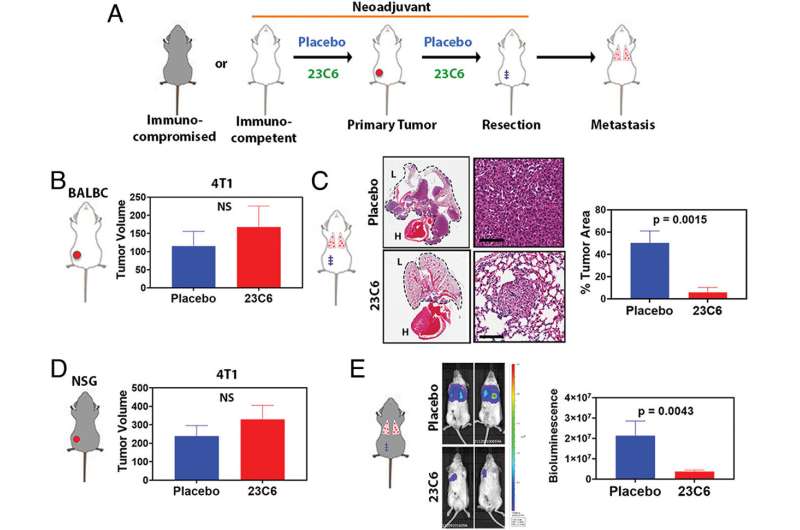 Investigators have designed an antibody-based treatment that eliminated circulating tumor cells (CTCs) in mouse models of breast and pancreatic cancer. The research, which was led by scientists at Massachusetts General Hospital (MGH) and is published in PNAS, represents a promising strategy to halt the spread of cancer.

To develop antibody-based therapies that can destroy cancer cells, researchers must identify cell surface proteins that distinguish cancer cells from surrounding normal cells. In contrast to tumor cells that arise in a particular organ or tissue, CTCs that are spreading, or metastasizing, through the blood are in an environment of cells that are much different than they are, which expands the number of targetable proteins for scientists to identify. Investigators found that cadherins—transmembrane proteins that normally mediate cell–cell adhesion—are great candidates in this case.

An antibody (called 23C6) against cadherins effectively suppressed blood-borne metastasis in mouse models of pancreatic and triple negative breast cancers. The 23C6 antibody recognizes two different cadherins that are commonly expressed on different types of CTCs. Despite its efficacy against single cells in circulation, the antibody does not suppress the formation of tumors, nor does it elicit detectable toxicity in normal organs, where cadherins may be located within structures connecting cells and hence are inaccessible for antibody binding.

“This therapy may be more effective at targeting CTCs because these antibodies have better access to the circulating cells traveling in the bloodstream and are highly specific to CTCs compared with surrounding blood cells,” says co-author David T. Ting, MD, Associate Clinical Director for Innovation at the MGH Cancer Center and an Associate Professor of Medicine at Harvard Medical School.