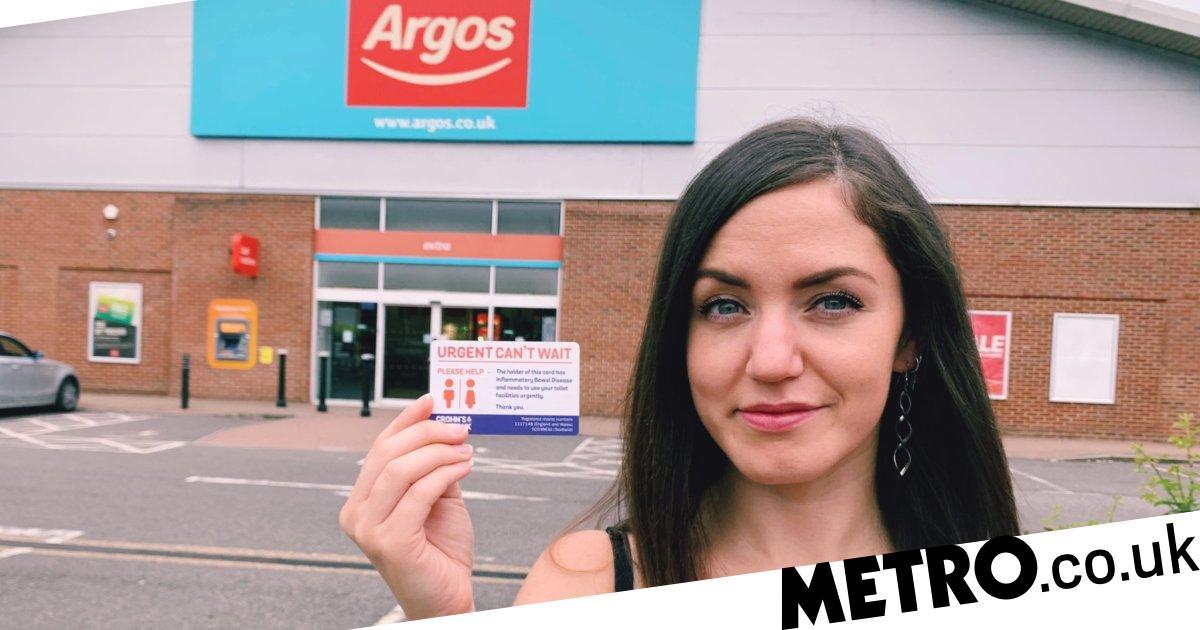 If you have Crohn’s disease or ulcerative colitis, sometimes you need to get to the toilet fast.

The bowel condition can cause sudden diarrhea and stomach pain.

But with the number of public toilets falling, it can be hard to find somewhere when you really need to go.

High street retailer Argos has signed up to a scheme with charity Crohn’s and Colitis UK to allow people with the conditions to use their staff toilets in over 800 stores.

People with the Can’t Wait card – available for members of the charity – can show it in any store and use the toilet. Membership costs £1.25 and includes a range of other benefits.

The card displays a message which says: ‘The holder of this card has inflammatory bowel disease and needs to use your toilet facilities urgently.’

Posting on Twitter, the charity said: ‘Great news: Retail giant  @Argos_Online is recognising invisible diseases such as Crohns and Colitis, by allowing members with our Cant Wait Card to access staff toilets in 800 UK stores.’

Supporters of the charity said it was a great step forward as they’d not been able to use the facilities when they asked in other stores.

One said: ‘This is such a great idea. A positive step that hopefully will be followed by many more stores. For people who suffer from Crohns and Colitis it can be so stressful when out shopping with no in-store toilets.’

Another posted on Facebook about how she had already been helped in one of their stores: ‘ I had to use mine in Argos the other day I showed them and they were amazing. They showed me straight to the toilet.’

The announcement comes after the charity launched the Not Every Disability is Visible campaign, to raise awareness of people with invisible illnesses using disabled toilets.

A survey showed that 93% of people would challenge someone who looks healthy with they see them using an accessible toilet because they think they are ‘standing up’ for the rights of disabled people.

61% of people with the disease said they faced abuse and around two thirds said they had been refused when they asked to jump the toilet queue.

Asking to use an in store toilet can be scary when people don’t understand the condition so hopefully schemes like these will help.