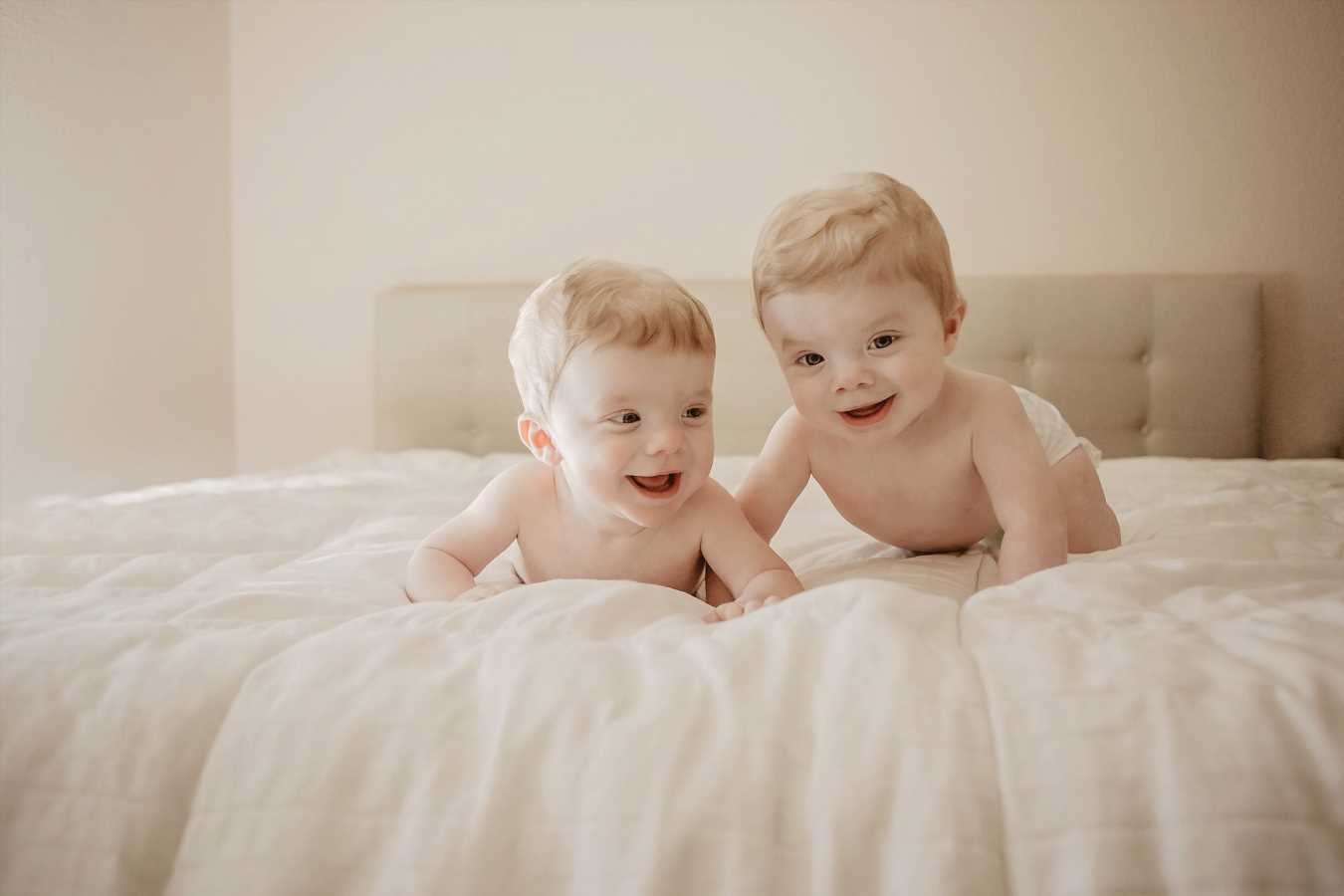 An Arizona family decided to move almost 3,000 miles when they found out their 18-month-old twin boys had albinism.

Ally McNallen and her husband, Ryan, relocated their family of nine from Gilbert, Arizona, to Presque Isle, Maine, after learning about their sons’ albinism — and wanting to protect them from the sun’s damaging ultra-violet rays.

“When we found out the twins had albinism we wanted them to have a good childhood that wasn’t limited,” Ally, 31, told SWNS TV.

“In Arizona, the UV index is so high. In Maine, I don’t have to worry about them as much as I would have to do in Arizona,” she added, however during the summer she still limits their time outside to 45 minutes and makes sure they are protected with clothing and SPF.

The twins, Aldridge and Argon, were diagnosed when they were 7 months old after their parents began to notice their eyes were making repetitive, uncontrolled movements, Ally explained to the outlet.

While diagnosing the symptoms in their eyes as nystagmus, the optometrist also noticed the twins seemed to lack pigmentation.

This prompted Ally and Ryan to have their sons undergo genetic testing, which ultimately confirmed they had oculocutaneous albinism type 1B.

According to the Genetic and Rare Disease Information Center, this type of albinism is “characterized by skin and hair hypopigmentation, nystagmus, reduced iris and retinal pigment and misrouting of the optic nerves” — though all albinism is “a group of inherited disorders that results in little or no production of the pigment melanin.”

Becasue of the lack of melanin, which normally protects the skin from UV rays, people with albinism are far more likely and prone to suffer sun damage and related diseases, Medical News Today reports.

Ally told the outlet that her sons still produce melanin, showing some pigment in their skin and hair, but only at about 25 percent capacity.

She adds that the main issue she is looking out for is with her sons’ eyes.

“At 18 months they don’t have too many issues except with their eyes. People with albinism often have blurry vision as they have an underdeveloped retina,” she explained. “We won’t know the level of visual impairment that the twins have until they get a little older, but they still have nystagmus and their heads move in certain ways to try and see the clearest they can.”

Learning about albinism and embracing their new life in Maine has been a “journey” for the family, which also includes Ally and Ryan’s five other children, Maliah, 11, Addison, 7, Nolan, 6, Emmeline, 4 and Benton, 2.

“Our oldest is eleven and she went online and began to educate herself about albinism,” the proud mother told SWSN. “She was great at explaining it and breaking it down to our other kids.”

“I think about the twins and their future a lot and I just hope when they start school and grow that they will get all the support they need,” she added. “They are so beautiful and I want to do the best for them, which is why my husband and I chose to move our family here to Maine.”