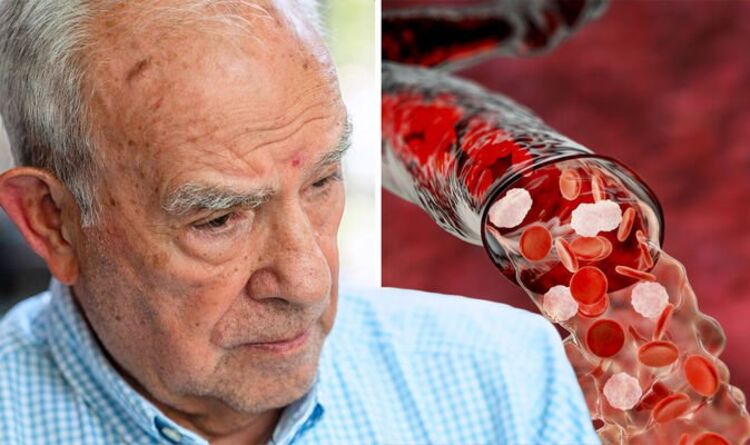 Dementia is a degenerative condition characterised by a gradual loss of cognitive functions. The consequences of this can be colossal, compromising the lives of both sufferers and their families. What triggers dementia remains a mystery, but researchers have identified a host of potential risk factors. In new findings, one condition that is rife in Western societies could be setting millions up for cognitive decline.

Arterial stiffness, a condition that refers to the rigidity of the arterial wall, can profoundly affect blood vessels and heart health.

In a recent study, researchers have identified the ailment and a predisposing risk factor for cognitive decline later on in life.

“Arterial stiffening is associated with a decrease in elasticity of the aorta and an increase in carotid-femoral pulse wave velocity.”

READ MORE: Dementia: The surprising food shown to have ‘adverse effects on cognition’ in older adults

Carotid-femoral pulse wave velocity is a measure of material stiffness determined from the time it takes for arterial pulses to propagate.

Symptoms are scarce in the initial stages of arterial stiffness, but studies suggest a simple stretching test could offer clues as to whether your arteries are flexible.

Scientists suggest that if you sit on the floor and manage to get your fingers past your toes, and you’re 40 or older, it could be a sign that your arteries are flexible.

The link between arterial stiffness and dementia has long been suspected, particularly because it is strongly associated with other known risk factors for neurodegenerative disease, such as hypertension and atherosclerosis.

The Alzheimer’s Society explains: “Long-term search studies have demonstrated that high blood pressure is a mid-life key factor that can increase your risk of developing dementia in later life.”

The main danger of high blood pressure lies in the damage it inflicts to the blood vessels leading to the brain.

Over time, the cumulative effect of this damage can disrupt blood flow to the organ, predisposing individuals to vascular dementia.

Vascular dementia is a common form of the disease that is estimated to affect around 150,000 people in the UK.

But arterial stiffness is also interlinked with atherosclerosis, which hampers vascular health in a similar way.

Avoiding such risk factors is therefore essential to avoiding brain decline, and this can be facilitated with the addition of certain healthful habits.

AtCor Medical explains: “Because calcification is a key contributor to arterial stiffness, a major way to help prevent its occurrence is to take supplements that keep calcium out of your arteries.

“Two vitamins that have been shown to help achieve this goal are vitamins D and K.”

What’s more, there is evidence that a Mediterranean-style diet can shield the brain against memory and thinking problems.

The diet is traditionally high in fruits, vegetables, legumes, and includes a moderate amount of oily fish and dairy.

Investigations have revealed that the diet may work by preventing the buildup of two proteins in the brain.