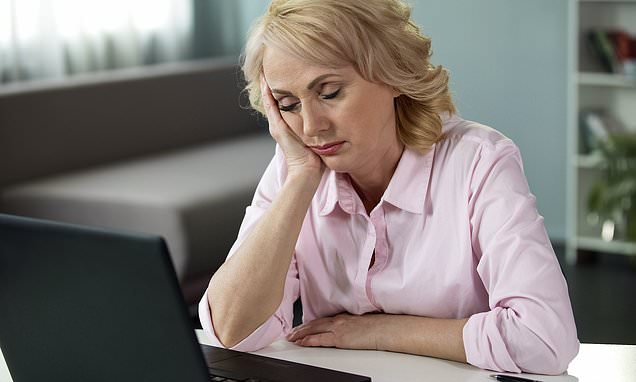 ASK THE GP: What can I do to pep up my energy levels? Dr Martin Scurr answers your health questions

I’m 51 years old, I have not had a period in almost three years and I have been exceptionally tired and dizzy of late. A blood test showed my ferritin levels are low, with a reading of 45, and I was prescribed iron tablets. Do you think vitamin injections would give me more energy while I wait for the tablets to start working?

Severe fatigue can be debilitating, so I sympathise with you.

Ferritin is a combination of iron and protein and is used as a measure of your blood’s iron stores. We measure ferritin levels rather than iron because it is more stable; the iron levels in the blood can vary from hour to hour according to, for example, what someone has eaten.

The normal ferritin range is between 15 and 180 ng/ml (nanograms per millilitre). Your reading of 45 is certainly at the bottom end of normal, but nowhere near the level of depletion in someone considered iron deficient. 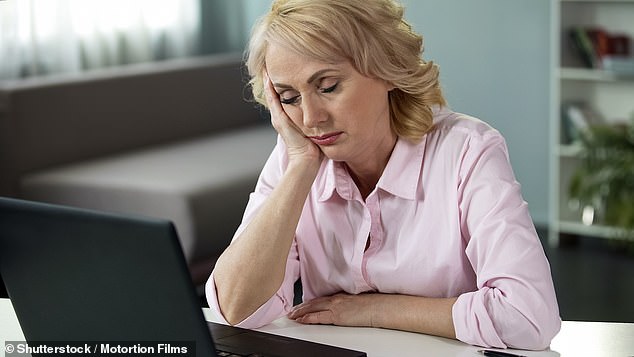 Did you know? Most people with iron deficiency anaemia actually have few symptoms — typically weakness, fatigue, headaches, breathlessness and a sore tongue

Iron deficiency can lead to a condition called iron deficiency anaemia, the most common form of anaemia. Here, the blood lacks the iron it needs to make haemoglobin, a protein required for creating red blood cells which ferries oxygen around the body.

Anaemia is linked to a number of causes, most commonly blood loss, but, since menstruation is no longer a feature of your life, this is improbable in your case.

It is also often caused by reduced iron absorption, which can occur with coeliac disease, when the lining of the small intestine is damaged by an immune system reaction to the protein gluten, found in bread.

Another possibility is that your diet might be lacking in foods containing iron — these include dark green leafy vegetables such as curly kale and broccoli, pulses such as lentils and peas and red meat or fish.

The iron supplement you have been prescribed (called ferrous fumarate) contains a form of iron that the body can use to make more haemoglobin.

It is best absorbed when taken on alternate days, so the intestine is not overloaded with iron. 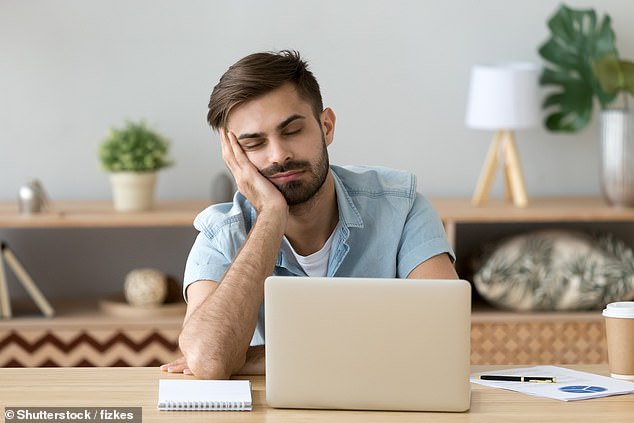 Try this: Another possibility is that your diet might be lacking in foods containing iron — these include dark green leafy vegetables such as curly kale and broccoli, pulses such as lentils and peas and red meat or fish.

His replies cannot apply to individual cases and should be taken in a general context.

Always consult your own GP with any health worries.

Take with a glass of water or fruit juice (vitamin C aids the body’s absorption of iron).

Avoid drinking tea, coffee or milk or taking calcium supplements with the iron tablets and for two hours afterwards, as these reduce absorption of iron.

As for your question about vitamin supplements, I definitely do not believe you should take them — orally or by injection — to help ease your fatigue. There is no evidence that they are of value in this situation.

If iron supplements do not ease your symptoms in a month or so, then return to your GP, who may decide further tests are necessary — if the problem is iron deficiency, you should have seen an improvement by then.

If not, you might, for instance, need your thyroid function checked, as an overactive or underactive thyroid — a common problem in women — can lead to fatigue (although it’s possible this has been considered and ruled out already).

IN MY VIEW: Vape shops don’t belong in hospitals

When I read earlier this month that vape stores have been opened in NHS hospitals, I wondered if my eyes were deceiving me.

Vapes — or e-cigarettes — are battery-powered devices that heat a typically sweet-flavoured liquid containing nicotine to create a vapour.

Walk down any High Street in the country and chances are you will walk through the fug of someone’s vape cloud at some point.

But in hospitals? The rationale is that it offers an alternative to smoking tobacco, helping those addicted to cigarettes to cut down or quit.

I oppose the move because, at present, I don’t think we have enough evidence that inhaling nicotine — and chemical flavourings — does not have adverse effects over the long term, even though we do know vaping is safer than smoking tobacco in the short term.

As well as chemical flavourings (there are literally thousands of them) constituents found in e-cigarettes include lead, nickel, tin, and arsenic.

The danger of children in particular becoming addicted to nicotine is such that the city of San Francisco last month banned the sale of e-cigarettes in stores and online.

That move might be considered premature, even draconian, possibly pushing ex-tobacco smokers back to cigarettes, but it does highlight the worries of professionals elsewhere.

Hospitals should uphold the highest standards of healthcare promotion. After all, they are where we go to improve our health.

In my view, allowing vape shops on site when we don’t have all the information we need is a deeply worrying step — and gives both visitors and patients the wrong message.