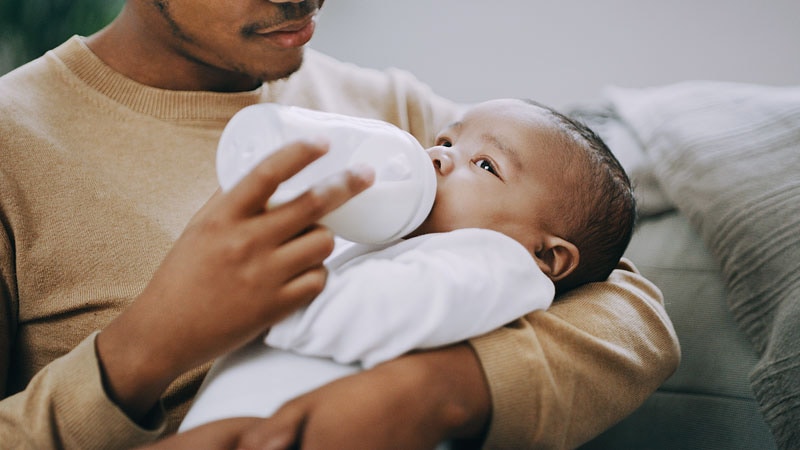 Baby formula shortages are increasing across the U.S., and they are expected to continue the rest of the year.

Out-of-stock rates for baby formula hit 31% in April, according to recent data from Datasembly, a company that tracks grocery and retail pricing records. At the beginning of April, 20 states had out-of-stock rates between 30% and 40%, and several states had rates higher than 40%.

Formula shortages have grown worse each month so far in 2022, the company reported, with out-of-stock rates starting at 23% in January and increasing from there.

“Inflation, supply chain shortages and product recalls have brought an unprecedented amount of volatility for baby formula,” Ben Reich, founder and CEO of Datasembly, said in a statement.

“We expect to continue to see the baby formula category being dramatically affected by these conditions,” he said. “Baby formula stock, which has been one of the more affected categories so far in 2022, and one that will continue to demonstrate higher than average out-of-stock levels.”

In response, major retailers are limiting the amount of baby formula that customers can buy, according to The Wall Street Journal . CVS, Kroger, Target, Walgreens, and Walmart have placed limits on formula purchases, per the FDA’s request.

As in many other industries, baby formula shortages have been related to supply chain issues with key ingredients, packaging, and labor shortages, the newspaper reported. Certain formula products have also been recalled in recent months.

In February and March, Abbott Laboratories, one of the largest makers of baby formula, recalled lots of powdered formulas under several brand names: Similac, Similac PM 60/40, Alimentum, and EleCare.

The FDA and the CDC received consumer complaints about infant illnesses from Abbott’s products that were made in September 2021 in the company’s facility in Sturgis, Michigan.

Four infants who consumed the products were hospitalized and two have died, the Journal reported. The FDA is investigating complaints of Salmonella and Cronobacter sakazakii that resulted in hospitalization in Minnesota, Ohio, and Texas.

Cronobacter bacteria can cause life-threatening infections, such as sepsis or meningitis, an inflammation of the membranes that surround the brain and spine. The bacterial infection is rare but poses particularly high risks for newborns. Symptoms of the bacterial infection include poor feeding, crankiness, temperature changes, jaundice, grunting breaths, and abnormal body movements.

Salmonella bacteria can also cause fever and digestive issues, as well as severe illness among infants.

Abbott is now trying to make more baby formula products available by increasing production at some of its other FDA-registered facilities, bringing in more shipments from Europe by air, and adding facilities that can make formula for infants with specific needs, the newspaper reported.