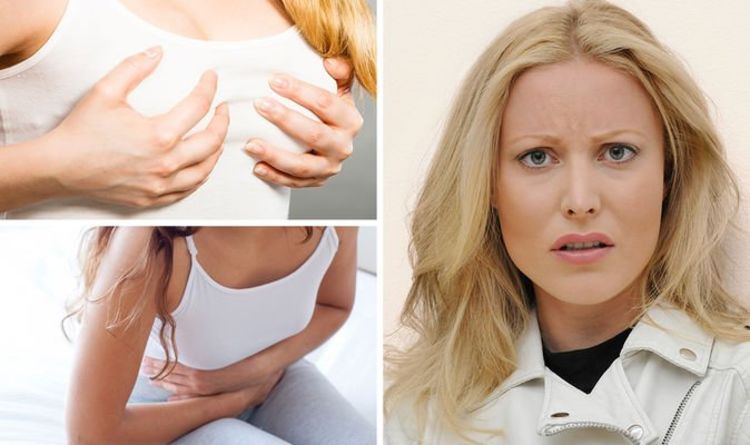 The National Association for Premenstrual Syndromes (NAPS) said there is “compelling evidence” that PMS symptoms are related to the fluctuation of hormone levels during a monthly cycle. In the lead up to menstruation, mood swings, lethargy, irritability and feelings of aggression can take over. Furthermore, breasts can become tender, you may become bloated, and headaches can attack.

There are reportedly up to 150 symptoms that have been associated with PMS.

Each symptom can vary in severity during a cycle, and symptoms can differ from cycle to cycle.

Clearly, for many women, the experience can be overwhelming and tiring.

Thankfully, supplements might be helpful in easing PMS symptoms.

According to WebMD, research has shown that calcium supplementation – taken twice daily for three months – could help.

Women involved in the trial reported less signs of fatigue, fewer changes in appetite, and less feelings of depression than those who were not given the supplementation.

Another study found that a high intake of calcium and vitamin D was linked to a lower chance of developing PMS in the first place.

DON’T MISS:
High cholesterol: Five signs in your legs you must address  [ADVICE]
Parkinson’s: The hot drink that ‘significantly’ lowers your risk  [INSIGHT]
Statins side effects: The sensation in your arms, hands, legs and feet  [ADVICE]

“If you have symptoms like bloating, fluid retention, and tenderness in your breasts, you might benefit from taking about 360mg of magnesium a day,” said WebMD.

Chasteberry supplementation has also been shown to help reduce physical symptoms such as breast tenderness.

A study revealed that taking 20mg of chasteberry extract daily over several cycles led to an improvement of symptoms.

However, “they will be insufficient in managing moderate to severe PMS”.

NAPS concurred that magnesium can be a complimentary therapy, which can be found in nuts.

To suppress ovulation, medical professionals may recommend the combined contraceptive pill, oestrogen patches, or the implant.

“If severe PMS persists then a hysterectomy is the ultimate medical treatment,” NAPS added.