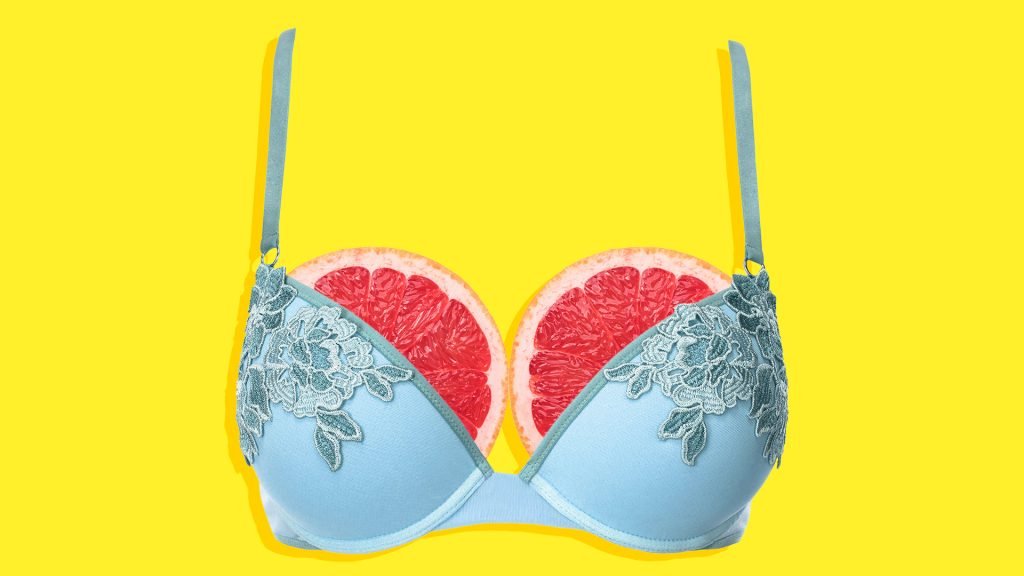 As someone who has lived with a large bosom for most of my life, I can tell you that it’s not ideal. Our societal standards of beauty equate big breasts with being attractive, and while they certainly can be, they also come with a bunch of physical and mental health-related issues that kind of take some of the fun out of having the two sacks of fat attached to the front of your chest.

To start with, Dr. Eugene Elliott, a cosmetic and reconstructive surgeon at MemorialCare Orange Coast Medical Center in Fountain Valley, California, says that having large breasts alone may not pose any health risks — these issues tend to happen when breasts are disproportionately large in relation to the torso. He says it’s also important to note that breasts can change over time following childbirth or hormonal changes, so it’s not unusual if you have a few different-size bras in your drawer.

So aside from making it impossible to buy button-down shirts, what other problems come with large breasts? Here are a few of the big ones.

Ask anyone with large breasts what their top complaints are about having them, and they’ll likely tell you it’s the pain they cause in your back, neck and shoulders. If you don’t have large breasts, imagine carrying a heavy backpack that sits in an awkward spot on the front of your chest and never, ever being able to take it off. Yeah, it’s not so comfortable.

According to Dr. Elena Prousskaia, a plastic surgeon at The McIndoe Centre in the U.K., supporting the weight of your breasts alone can lead to symptoms of musculoskeletal pain — such as an aching neck, shoulder or back — and poor posture.

“Large breasts place excess strain on the chest, and if there is not enough support from surrounding muscles and the rest of the body, this makes it difficult to maintain good posture,” she explains. “Tension and tightness in the chest muscles results in musculoskeletal pain in the muscles and ligaments in the upper back, neck and shoulders, as they are placed under strain to keep the chest up and shoulders back. In severe cases, this can lead to spinal deformity.”

So, what can we do to alleviate this pain? First of all, make sure you’re wearing the correct size and style of bra. This may take some time and legwork, like a trip to a local lingerie store or department store where someone can measure you and recommend a bra to best suit your needs. I have been working with the same bra fitter (shoutout to Peggy at Orchard Corset on the Lower East Side) for around five years now, and let me tell you, the difference between wearing an ill-fitting underwire and one that works with instead of against your body is life-changing.

Of course, if you have large breasts, people will oh-so-helpfully inform you that if you lose weight, that will help. Great in theory, except that’s not always the case. Elliott confirms this, saying that for some people, breast tissue doesn’t change with weight loss, so even if you drop a few dress sizes, that’s no guarantee your breasts will get any smaller.

The last resort is having a breast reduction. For some people, this is the best (and only) option. But, as Elliott points out, it’s not a minor procedure, and those considering it should take into account other factors, including their general health, comorbidities, maturity, realistic expectations and their willingness to accept the permanent scarring. Having said that, he also mentions “it is well-known that some of a plastic surgeon’s happiest patients are breast-reduction patients, as the results can be life-changing.”

It’s not always pain you’re dealing with, either. Prousskaia says that in extreme cases, large breasts can result in numbness felt in the breasts from the sheer weight — and also in the arms, hands and fingers, where the subsequent poor posture compresses nerve pathways.

The numbness occurs due to strain on the nerves of the axilla, Elliott explains.

Yes, people with large breasts are very aware of sports bras and the importance of wearing them, but let me tell you, they only help to a certain extent. They can make working out and moving around a little less painful, but still make the whole thing a lot more difficult than it has to be. Naturally, a lack of exercise could lead to chronic conditions like diabetes and coronary heart disease, Prousskaia notes, in addition to not allowing you to reap all the benefits of regular exercise.

While back and neck pain are the obvious issues connected with having large breasts, it can also affect your skin. Dermatologist Dr. Erum Ilyas tells SheKnows there are three relatively common skin conditions people with big breasts tend to have.

The first is called intertrigo, which is a red inflamed and, at times, raw rash that can occur under and between the breasts, Ilyas explains. If it’s there long enough, it can eventually develop into a secondary yeast or bacterial infection. You definitely don’t want that.

The second condition is folliculitis — a bacterial or yeast infection that can occur in the pores and hair follicles, Ilyas says. Breakouts of folliculitis can happen when heat and sweat get trapped on the skin under the fabric of the bra.

Finally, there’s diffuse dermal angiomatosis of the breast. According to Ilyas, this is a poorly understood process in which there is a reactive increase in the blood supply to the skin on the breasts, which can result in tender plaques and ulcerations. “These can be exquisitely painful and difficult to manage,” she adds.

So, how does having large breasts cause all these skin conditions? Ilyas says it comes down to friction caused by skin-to-skin contact. “With moisture and heat that builds up, intertrigo and folliculitis can develop where the skin can start to break down in these areas or pores and hair follicles can develop bacterial infections,” she explains. “Diffuse dermal angiomatosis of the breasts is poorly understood but thought to be the result of a reactive change in the soft tissue of the breast from tension or pull on the skin.”

Fortunately, relief is possible for people with these conditions. For intertrigo and folliculitis, Ilyas says that keeping the skin dry and avoiding excess sweat build-up will help. You can do this by using powders or antiperspirants to help reduce moisture. She also recommends patients living with these conditions consider using antibacterial soaps and a hair dryer on the skin under the breasts after taking a shower.

Diffuse dermal angiomatosis of the breasts is thought to be best managed by having a breast reduction, Ilyas explains. “The tender ulcerations that can develop pose a risk for recurrent infections and can be very difficult to heal, making management very difficult,” she adds. But since breast reductions are a surgical procedure, it’s best to discuss the pros and cons with your doctor to decide if it’s the right solution for you.

The effects of having large breasts aren’t just physical, either. If, like me, you were someone who sprouted a substantial bosom early on, you’re well aware of what that can do to you mentally. As a well-endowed adolescent, I quickly learned that “developed” was adult code for “grew some boobs” and was horrified at how frequently (and naturally) it came up in conversation. People would casually tell my mother (in front of me) that I’ve “certainly developed” — as if commenting on and drawing attention to a young girl’s breasts was perfectly normal and acceptable. Unfortunately, I learned early on this was something people clearly cared about and paid attention to, and that didn’t do my already anxiety-prone brain any favors.

According to Elliott, when someone develops disproportionately large breasts during puberty, it’s called “juvenile hypertrophy” and can not only cause all the physical conditions and symptoms, but also psychological stress and instability. In addition, Prousskaia notes that a lack of exercise caused by having large breasts can also contribute to cognitive dysfunction, depression and anxiety, all of which may be exaggerated by the potential insecurity of having such large breasts.

So the moral of the story is that yes, having large breasts can be a pain — both physically and psychologically. If this is something you’ve experienced, know that it’s (unfortunately) pretty common and nothing to be embarrassed about. If it becomes a major concern, don’t be afraid to talk about it with your doctor. And while we’re at it, let’s all agree to stop talking about girls “developing” as if they were film you brought to a one-hour photo place in the mall.