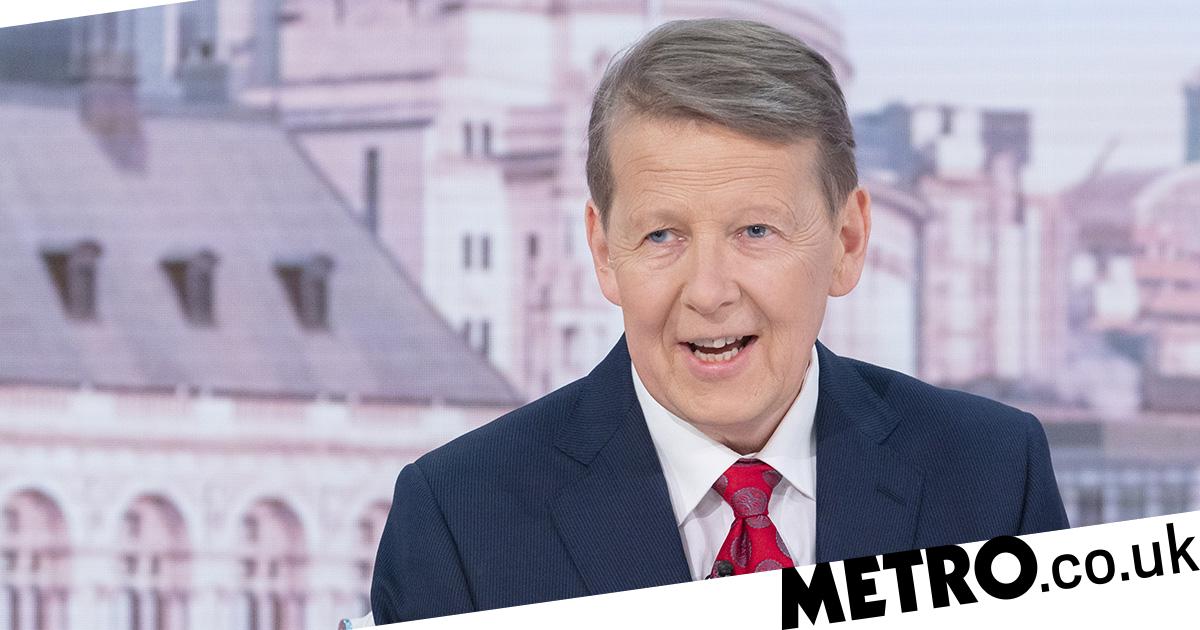 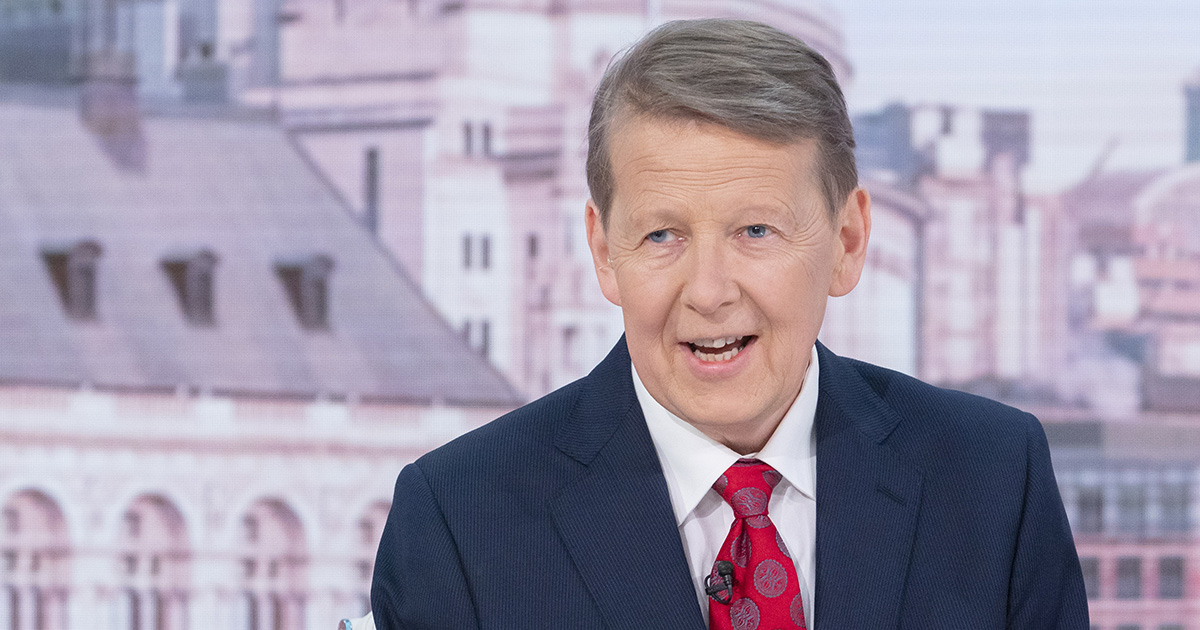 When I first heard Bill Turnbull open up about his prostate cancer diagnosis in 2017, my immediate thought was ‘what a brave man.’

Prostate cancer wasn’t something that I knew anything about, apart from the fact that men certainly did not talk openly about it.

At the time, I was completely ignorant and thought diagnosis of any type of cancer was a death sentence. I have since learned that this is not always the case, but unfortunately it did take Bill’s life.

And when we heard that the former BBC Breakfast host had passed away peacefully last week, my wife and I were extremely sad.

We both took a moment to think about him – and also to thank him.

If it had not been for Bill’s openness and honesty about his diagnosis, I wouldn’t have gone to get checked. Because of him, I found out I had prostate cancer myself, and started treatment.

Early in 2018, I had an appointment at my local surgery following a fall off a ladder. I had some nasty bruising, and my wife insisted I visit the GP to get checked out.

While I was speaking to the nurse, as an afterthought provoked by Bill’s revelation to the nation, I asked for a PSA test – a blood test which can help detect prostate cancer.

The blood test was totally painless, and I was in and out in about five minutes.

But about three days later, I had a call from the surgery advising me that they needed to speak to me urgently. It was then that I found out with a PSA of 22 and it was likely that I had prostate cancer.

At first, I was totally numb and almost unwilling to accept the diagnosis. I had not had any of the common symptoms I had heard about – like needing to urinate more frequently or urgently, a weak flow, blood in my urine or feeling like my bladder hadn’t fully emptied afterwards – so I was extremely shocked.

With the encouragement of my wife, I had a scan and a digital rectal examination, which confirmed I had prostate cancer. As my wife was with me, she knew the results as soon as I did. The hardest thing was telling our daughters, who were very upset and feared the worst.

To view this video please enable JavaScript, and consider upgrading to a webbrowser thatsupports HTML5video

Initially, I considered having an operation to remove my prostate. But after discussing it with my doctor, I was told that because the cancer was locally advanced and had spread to a couple of lymph nodes, there may be ‘unacceptable’ (according to my doctor) damage to nerves, my bowel or bladder. A bag for life could take on a different meaning!

Instead, I was referred to an oncologist at Guys Cancer Centre, where I was put on three years of hormone treatment. This ran concurrently with six sessions of chemotherapy followed by 39 sessions of radiotherapy. I have to admit, the radiotherapy gave me some difficult side-effects – urgent need for the toilet, occasional incontinence and intense fatigue – but afterwards, my PSA was reduced to 0.16 and I was in remission.

Unfortunately, one year later, my PSA started to increase again, and a scan showed spots of prostate cancer on my bones. I now have incurable, but not untreatable, prostate cancer and I am on a lifetime of hormone treatment, backed with another drug to help manage the cancer.

I am asymptomatic at the moment and have no pain. The drugs I am taking sometimes lead to mood swings, hot flushes and the occasional day of fatigue but otherwise I am trying to live a normal life. My wife and I decided early on that we would live our lives to the full as much as possible.

Unfortunately, we can’t do as much as we would like. We were keen travellers, but travel insurance companies have now made the cost of travelling abroad prohibitive, even though nothing is likely to happen quickly with this type of cancer. They won’t cover you for anything unless you declare the cancer and then they seem to have a licence to charge thousands of pounds for even a short trip to Europe!

Despite this, I am so thankful to Bill Turnbull for telling his story. Bill’s honesty made me more open about my condition, and my wife and I have since encouraged all our male friends and relatives, as well as their wives and loved ones, to speak to their GP if they have any worries about prostate cancer.

Shockingly, one in every eight men will get prostate cancer. But the sooner prostate cancer is detected, the more effective treatment can be, which is why it is so important for men to know the risks and catch it early.

I also know now that while men over 50, or Black men over 45, are at higher risk of prostate cancer, there is also a hereditary risk, too. Since my diagnosis, I’ve advised my daughter to have a note put on my grandson’s medical records of our family history.

I am positive that with research work in progress from charities like Prostate Cancer UK, a cure will be found in the future – and if I am not around to benefit, I intend to have died ‘with it’ not ‘of it’.

I wish I had been able to meet Bill and thank him for his openness, to be able to tell him about how he inspired me, and how it ultimately saved my life. I hope, before death, that he knew that his openness about his journey with prostate cancer has saved and prolonged the lives of many men.

I hope that his unwavering efforts, dignity and bravery in fighting this disease leads to the development of an effective national screening programme that will save many thousands more. That would be a fantastic legacy.

For more information on prostate cancer, the most common cancer in men, or to take Prostate Cancer UK’s charity’s 30-second risk checker visit their website here.