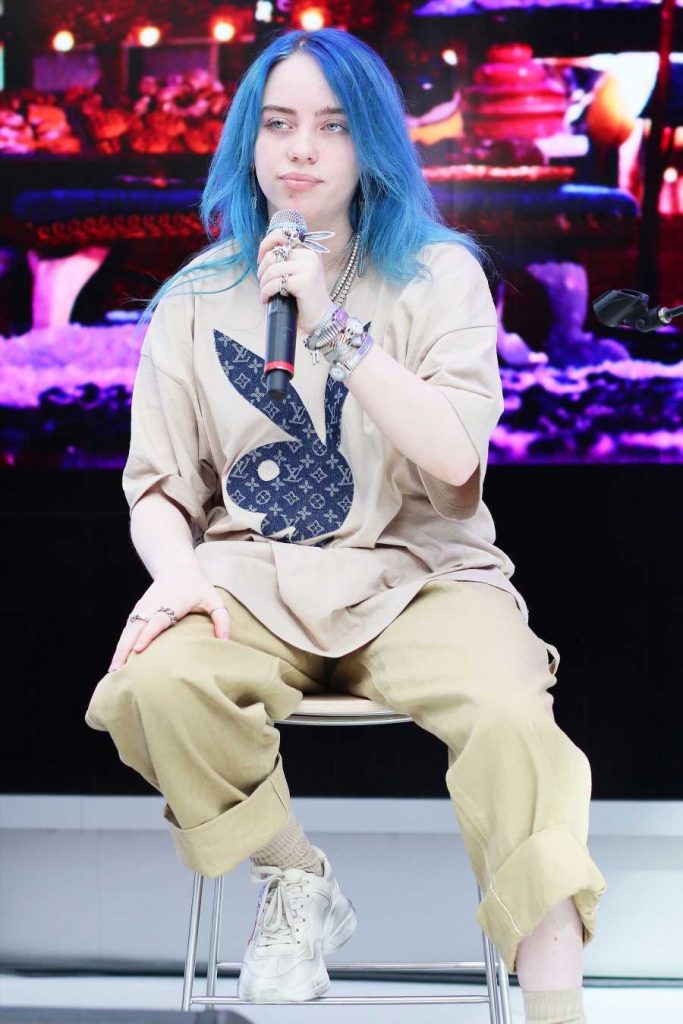 Billie Eilish doesn’t dress like your typical teen popstar — and she has her reasons.

The 17-year-old singer goes for “big, baggy” clothes — that have now become her signature look — over tight-fitting tops and pants, and Eilish said she does it to avoid any body shaming.

“I never want the world to know everything about me,” Eilish, one of four new spokespeople for Calvin Klein, said in a new ad. “I mean, that’s why I wear big, baggy clothes. Nobody can have an opinion because they haven’t seen what’s underneath, you know?”

Eilish released her first album, When We Fall Asleep, Where Do We Go? in March.

She hit another major milestone in April when she performed to a massive crowd at Coachella, but the highlight may have been finally meeting one of her idols: Justin Bieber.

And he was just as wowed by her, writing on his Instagram story, “Long and bright future ahead for you.”

Eilish reflected on the eventful weekend the day after the festival.

“Part of me feels like I need to post about all the things that happened yesterday… but right now I think I’m gonna keep it all as my own for now,” she wrote. “These are my memories.”

Eilish added, “Some of the most life changing things I’ll ever experience happened over the weekend. And I don’t want a bunch of pictures to have to prove that to anybody. Understand how moved I am. I don’t know how to process and relay the love I feel for the people I feel it for. I feel full thank you.”