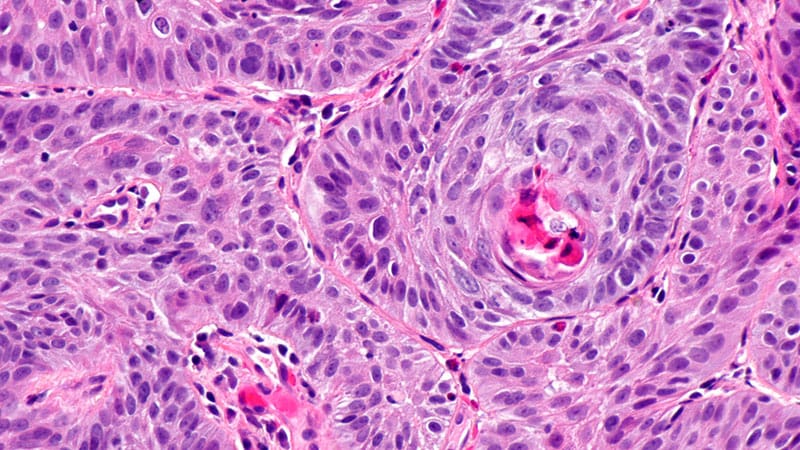 It is usually diagnosed by esophagogastroduodenoscopy (EGD) with biopsy, but this is expensive and not widely available in developing countries, where the risk for the ESCC is highest.

The ability to diagnose ESCC early with an inexpensive, minimally invasive approach has “global implications, with perhaps the biggest impact on lower-income countries with limited access to healthcare and resources,” commented lead author Stephen Meltzer, MD, with the Division of Gastroenterology, Johns Hopkins University School of Medicine, Baltimore, Maryland, in a news release.

“We’re talking about possibly saving thousands of lives if we’re able to detect the disease early enough to intervene,” he added.

The study was published online April 26 in Gastroenterology.

This sampling device consists of a small gelatin capsule housing a soft sponge attached to a flexible string that a patient swallows. After a few minutes, the capsule dissolves in the stomach, releasing a sponge about the size of a nickel. As the technician pulls the sponge out by the string, it travels upward, collecting cells that line the surface of the patient’s esophagus.

There are two other similar devices that also collect esophageal cells, and then test them for various biomarkers — Cytosponge and the EsoCheck Balloon.

However, this study focused “not on the device, but on the rigorous identification and validation of a biomarker panel for ESCC,” Meltzer told Medscape Medical News.

The study was at sites in Uganda as well as at Johns Hopkins. Esophageal samples were obtained from 35 ESCC cases and 59 non-ESCC controls. Analysis of biomarkers in these paired sets of samples showed that five biomarkers (cg20655070, SLC35F1, TAC1, ZNF132, and ZNF542) were significantly hypermethylated in ESCC tumor samples.

In a training set of patients, age coupled with three biomarkers (cg20655070, SLC35F1, ZNF132) accurately distinguished ESCC tumor samples from non-tumor control samples, with an area under the curve (AUC) of 0.94.

In an independent patient test set, the algorithm successfully classified 90% of ESCC samples, with a specificity of 0.87 and a sensitivity of 0.92, with only two false-positives and one false-negative.

“Thus, we present the systematic application of a stepwise approach to identify and validate discriminatory methylation-specific biomarkers for diagnosing ESCC in patient samples obtained using a minimally-invasive, non-endoscopic strategy,” Meltzer and colleagues write in the study.

“This method and model, with potential generalizability to the at-risk population, meet a potential ESCC screening need, since EGD is not widely available in ESCC-prone countries. Application of this screening strategy may ultimately improve early ESCC diagnosis, therapeutic intervention, and survival,” they add.

Meltzer’s team has now expanded their study to sites in Tanzania and other cities in Uganda, where ESCC is more common than in the US. “We would like to add other countries, but, of course, it’s a question of adequate funding,” he told Medscape Medical News.

This work was supported by grants from the National Institutes of Health. Meltzer is a founder of and holds equity in Capsulomics, Inc.