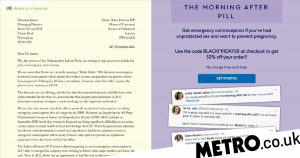 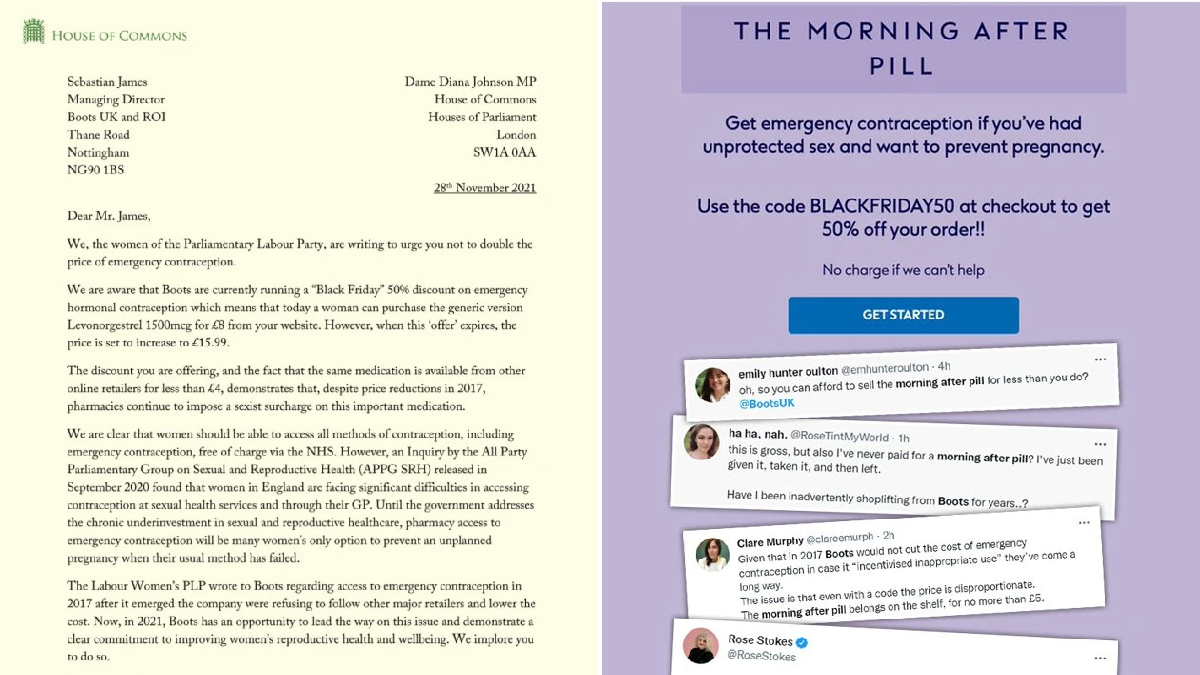 The chemist’s online service prescribes a number of different morning after pills, but with the discount, the Levonelle tablet costs £14.12, instead of £28.25, and Levonorgestral costs £8 instead of £15.99.

Some people slammed Boots for the move, saying vital women’s health products shouldn’t be used to make a profit for Boots as part of the Black Friday deals, and now MPs and campaigners are urging the company to keep the morning after pill at the discounted price.

In a letter, headed by Dame Diana Johnson MP, Boots are accused of adding a ‘sexist surcharge’ to emergency contraception.

‘We, the women of the Parliamentary Labour Party, are writing to urge you not to double the price of emergency contraception,’ reads the letter.

‘The discount you are offering and the fact that the same medication is available from other online retailers for less than £4, demonstrates that, despite price reductions in 2017, pharmacies continue to impose a sexist surcharge on this important medication.’

The letter adds that while women should be able to access all contraception free of charge through the NHS, ‘chronic underinvestment’ makes this difficult for many, and means that sometimes pharmacies are the ‘only option’.

‘Now, in 2021, Boots has an opportunity to lead the way on this issue and demonstrate a clear commitment to improving women’s reproductive health and wellbeing.’

As well as the letter, a wider campaign and petition was also launched by the charity British Pregnancy Advisory Service and Metro.co.uk columnist Rose Stokes, who initially tweeted her disgust at the Black Friday deal.

‘The over-inflated cost of emergency contraception applies by pharmacies like Boots is an immoral practice that creates a barrier to access for those who stand to benefit from accessing this critical drug,’ Rose tells Metro.co.uk.

‘For many years Boots has refused to reduce the price to something more affordable, and is therefore making itself part of the problem.

‘If Boots can afford to sell the morning-after pill for 50% off during Black Friday, then there is absolutely no reasonable or moral justification for putting the price back up once the deal is over.

The online petition urging Boots to keep the lower price currently has over 1,300 signatures.

‘Add your name to this petition to tell Boots that women need access to affordable healthcare all year round,’ reads the web page.

‘It is wrong that a woman in need of this essential medication next week will be forced to pay double what is being charged today.’

The Boots Black Friday deal on the morning after pill is set to end after Tuesday 30 November.

Boots said it sometimes offers short term promotions in order to raise awareness of certain services but it is not usually possible to sustain significant discounts in the long term.

Metro.co.uk has contacted Boots for comment on this issue. We will update this article if we get a response.

Black Friday 2021 is finally here, and Brits are busy securing some sweet savings on their Christmas presents.

The mad dash to grab unmissable bargains has commenced, with stores around the world slashing their prices.

Here are some of the highlights from Black Friday 2021 so far: