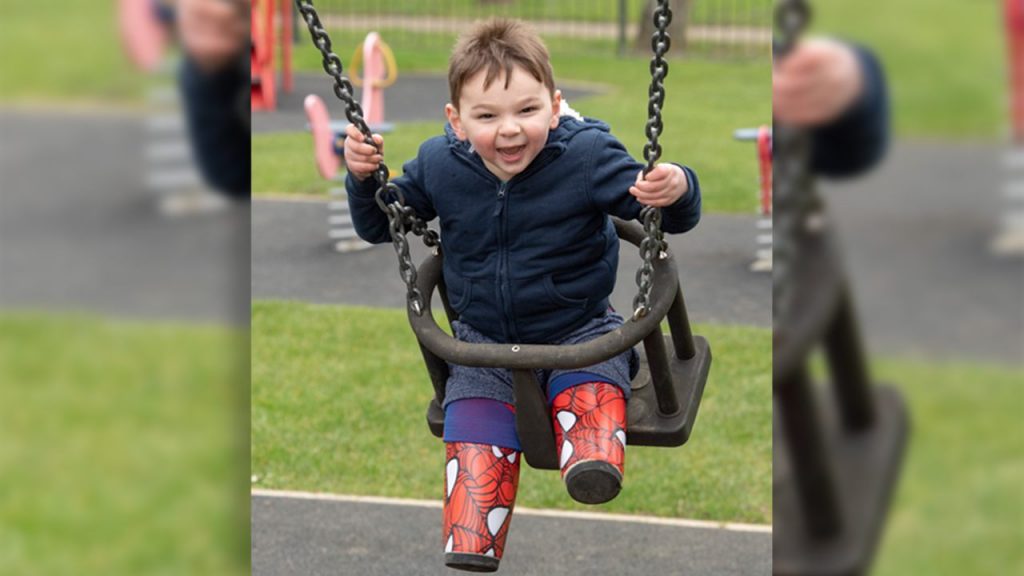 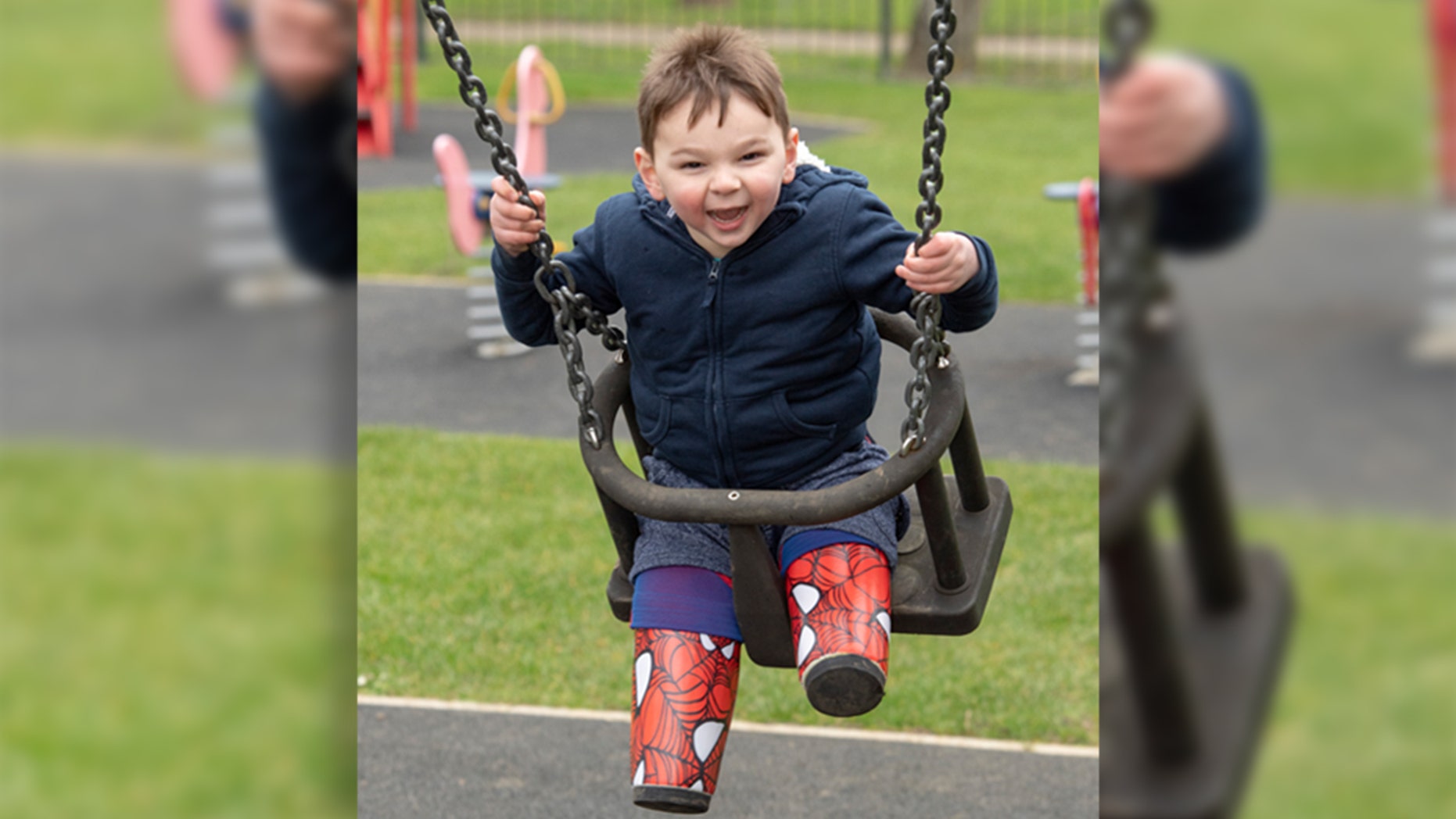 Tony was first brought to the hospital with multiple fractures, organ failure and sepsis at 41 days old.
(MirrorPix)

A 4-year-old boy who suffered severe abuse at the hands of his biological father and his girlfriend has taken his first steps with the help of new prosthetic limbs that are aptly decorated in superhero wrapping. Tony Hudgell, who first arrived at the hospital when he was less than 2 months old with multiple fractures, organ failure and sepsis, has now “mastered” walking, Paula Hudgell, the boy’s adoptive mother, told the Daily Express.

“He’s never been able to walk so we didn’t know how stable he would be,” she told the news outlet. “But he mastered that walking action very quickly so we remain optimistic.”

BOY, 6, HAS FRIEND BATTLING CANCER SHAVE HIS HEAD IN SHOW OF SUPPORT

Hudgell said the damage Tony suffered at the hands Jody Simpson and Anthony Smith, who are both serving prison sentences for their abuse, has left the boy with uneven thigh bones. He was first admitted to the hospital at 41 days old, and had his legs amputated in 2016.

“It was the hardest decision we ever made but we had no choice,” Hudgell told The Sun. “They were holding him back.”

Tony’s new prosthetics, decorated with images of Spider-Man, have helped him zip around the playground near his home in Kent.

“Medicine and technology are changing all the time,” Hudgell told the Daily Express. “In 10 years’ time Tony will be 14 and there should be amazing advancement in prosthetics by then.”

Hudgell said they are working on getting Tony to continue using his prosthetics since he has grown accustomed to getting around without them for so long. She said that this first step is hopefully “the start of a brand new life for him.”