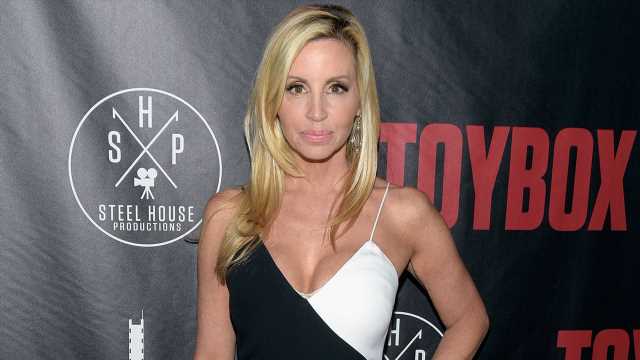 Camille Grammer has found the silver lining in the tragic loss of her Malibu home that burned down in November in the deadly California wildfires.

The Real Housewives of Beverly Hills star, 50, explained on the After Show following Tuesday’s episode that although her family has had to relocate to a trailer, they have managed to grow closer in their smaller home.

“We spent more time together as a family,” Grammar said. “Being in close quarters, you spend more time connecting with the people that you love.”

Following the loss of her home, Grammer and her daughter Mason, 17, moved into a trailer, which she describes as a double-wide and about 1,100 to 1,500 square feet. Son Jude, 14, is living with his father, Camille’s ex-husband Kelsey Grammer.

“We are on top of each other, it is a little too close for comfort at times,” she explained. “But my daughter Mason said to me, ‘I like being here, I like it.'”

: Camille Grammer’s Malibu Home Demolished 6 Months After It Was Ravaged by Wild Fire

“Its tiny, she sleeps in the bottom bunk,” Camille added of Mason’s living conditions. “She is in a cocoon.”

Mason has also been able to spend more time with her mom’s new husband, David C. Meyer, whom Camille wed on October 20, as seen on an episode of RHOBH this season.

“We are eating dinner together, we are watching TV shows together,” Camille continued. “[Mason] is spending more time with her step-dad, my husband, and we are all getting along.”

“This is quality family time, and this is what we are having now,” she added. “That is a benefit from all this loss, this is something really good that came out of this.”

On Tuesday’s episode of RHOBH, Camille arrived at her home for the first time since the fires spread throughout Malibu. The blaze also threatend her co-star Denise Richards‘s residence, though her home came out unscathed.

“It’s like a horror movie,” Camille said to herself as she viewed the devastation alongside Mason. The reality star added that the Malibu residence was her first home after her public divorce from Kelsey in 2011.

On May 3, a representative for the Bravo star confirmed to PEOPLE that the property, which had sat empty in a burned out state since the fire, was demolished.

Camille talked to PEOPLE in November about the loss of her family’s home, which she was forced to evacuate as the Woolsey fire raged. “I went from one of the best days of my life, to such a tragedy,” Camille said, referencing her wedding just before. “It’s so sad. It’s such a tragedy.”

When she got the evacuation call, she and her children packed all that they could into three cars, including jewelry, birth certificates and family photos.

“We were standing in the house before we left and Mason said to me, ‘Mom, I get this feeling our house isn’t going to make it.’ And I said, ‘Honey, I hope it does, but I have the same feeling.’ We just thought, this is it,” she told PEOPLE. “I had a pit in my stomach.”

“There are times I lamented about it,” she said. “I miss my home, and having my bed to go back to. It was my safe haven and there was so much emotional value and memories connected to it.”

Although her “tight” quarters are still taking some getting used to, Camille says her new abode is “kind of like glamping.”

“I don’t have as much privacy — but then again, I’m fortunate to have a roof over my head.”