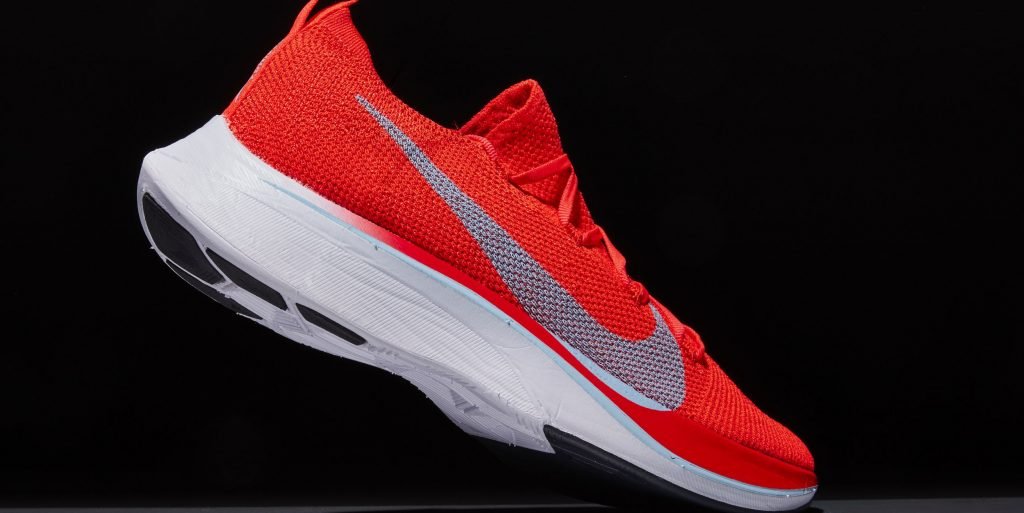 If you’re a running skeptic, there’s a chance you look at Nike’s Vaporfly 4% shoes with some suspicion. Sure, scientists have shown early on that these kicks can improve running economy by 4 percent, but researchers continue to put the $250 shoes to the test in labs to find out how they may be making runners more efficient and faster.

And ever since the 4% shoes made their debut for Nike’s Breaking2 project, more runners are wondering whether they are only made to help runners like Eliud Kipchoge set world records, or if they can help the average Joe for every type of pace.

So for all the skeptics out there, here is a look at what we already know about the biomechanics of the Vaporfly 4% shoes, along with the latest answers to your most burning questions.

One of the first studies that looked at the Vaporfly 4% was done in 2017 and published by the journal Sports Medicine. In the study, every one of the 18 runners tested at the University of Colorado Boulder’s “Locomotion Lab” had better running economy in the Vaporflys than when they ran in two other racing shoe models (Nike Zoom Streak 6 and Adidas Adios Boost 2). Some runners’ running economy—or the energy needed to run at a given pace—improved by as little as 1.59 percent, while others improved by as much as 6.26 percent. That means, you guessed it, the average improvement was around 4 percent.

But a question remained: How do these shoes work in the real world with real runners? One of the more comprehensive analytical deep dives was done by The New York Times in 2018. In their analysis of half a million marathon and half-marathon race times posted to Strava (along with the shoes the runners were wearing), reporters Kevin Quealy and Josh Katz confirmed the 4 percent claim. Also, runners of the same caliber were more likely to hit a PR wearing the Vaporflys than other shoes.

How do the Nike Vaporflys actually work?

The University of Colorado Boulder scientists who originally verified that the Vaporflys work as promised followed up with a study looking at how the components of the shoes —namely the carbon fiber plate and special ZoomX midsole foam—actually save runners 4 percent energy.

Published late last year in Sports Medicine, this study involved 10 male competitive runners doing 5-minute intervals in each of the same three shoes as their running economy study: Vaporfly, Zoom Streak, and Adios Boost. Using 3-D biomechanical stride analysis and force plates, the researchers examined how the runners’ gaits (the way they moved their limbs) and ground force reactions (how hard their feet were hitting the ground) differed between the shoes.

“Is it really the plate that’s the game-changer or not? For me, no.”

“Why that would be important for energy is easy to imagine,” Wouter Hoogkamer, the lead author on the study, told Runner’s World. “Go stand up now and stand with straight legs, versus try to stand up now and bend your knees 90 degrees. See how you think you can last longer.”

However, none of the runners’ knee movements really differed between the three shoes.

Instead, it turns out the Vaporfly’s energy savings come from three things. First, runners’ ankle mechanics improve. This is likely thanks to the curved carbon-fiber plate that runs throughout the midsole from heel to toe; the researchers believe that the plate, in a sense, stabilizes your ankle and reduces your “rotational force”—or the work your calves would normally have to do.

Second, runners lose less energy by the plate keeping their toes straight, because yes, your toes work and waste energy when you are running by flexing. And third, the ZoomX foam in the midsole has two unique properties: an unusual degree of compliance (it squishes when your foot lands) and an unusual degree of resilience (it springs back to its original shape, returning most of the energy your foot applied when you landed). In fact, the shoe has 80 percent energy return in the heel, which is the highest we’ve ever measured in our Runner’s World shoe lab.

Hoogkamer admitted that there’s not much an average runner can take away from the study. But it might help you win a “should-the-shoes-be-legal” argument if you’re pro-Vaporfly.

“There’s a lot of people saying the [carbon fiber] plate functions as a spring, so if you have a strong opinion about that, then here’s some additional data to take into account,” he said. “Is it really the plate that’s the game-changer or not? For me, no. It’s the integration of the plate with the foam in this specific area that works so great.”

Could the Nike Vaporflys injure me?

One of the Vaporfly’s selling points is that they have more foam than most racing flats because the ZoomX midsole is so lightweight. In theory, this seems like it would cushion a runner against the impact of the ground—which could reduce risk of injury—but a study of extra-cushioned, or “maximal,” shoes found otherwise.

Researchers at Oregon State University-Cascades compared the biomechanics of 15 female recreational runners when they wore a neutral running shoe (New Balance 880) versus a maximal running shoe (Hoka One One Bondi 4).

Maximal shoes are claimed to lessen the shock of running on the body, because of their added cushioning, decreasing the odds of injuries like plantar fasciitis and tibial stress fractures. Therefore, the researchers expected that when wearing the maximal shoes, runners would experience a lower vertical impact peak—the highest amount of force when your foot initially lands—and loading rate—how quickly you load force onto your limbs as you move through your stride. However, the researchers found the exact opposite to be true: both measurements were higher in the cushioned shoes.

While this may seem like cause for alarm, JJ Hannigan, a post-doctoral researcher at OSU-Cascades and an author of the study, cautioned that there were a lot of other differences between the shoes besides just midsole cushioning that could have influenced the results. The stiffness of the midsole, the wideness of the heel, and the Hoka’s “rockered” bottom were just a few. “So it’s not as simple as ‘add cushioning, this happens, remove cushioning, this happens,’” he said. “If it was, we’d already probably know a lot more about the ideal running shoe.”

Given all of these differences between shoes, and because neither the OSU study nor the Sports Medicine study looked at the impact peak or loading rate of the Vaporflys specifically, it’s probably too far of a stretch to extend any of these findings to those shoes. Thus, the jury is still out regarding injury risk.

Will everyone wearing Vaporflys see the same 4% improvement?

The same University of Colorado Boulder researchers who verified the 4 percent claim of the Vaporflys examined what a 4 percent energy savings would mean for runners of different sizes and speeds. Through whole bunch of theory and math—which they just published in Frontiers in Physiology—they determined that the relationship between improvement in running economy and speed is not linear—that is, saving 4 percent energy does not necessarily mean you’ll run 4 percent faster.

Height and weight matter, as does the air resistance you encounter. Plus, running a little bit faster at already high speeds costs you more energy than running a little bit faster at slow speeds. Therefore, all other factors being equal (e.g., terrain, weather, turns), the faster you run, the less of an improvement you’ll see in your finishing time.

If you want to see how much you might improve wearing Vaporfly shoes—given perfect conditions, of course—just plug your height, weight, and running speed into this online calculator, courtesy of the University of Colorado Boulder researchers.

And if you try running in the Vaporflys and decide that they’re too uncomfortable, or if you’re against running in any shoe that has a carbon fiber plate, Nike is now making other shoe styles (sans plate) with that same ZoomX foam, like the Pegasus 35 Turbo.

From: Runner’s World US