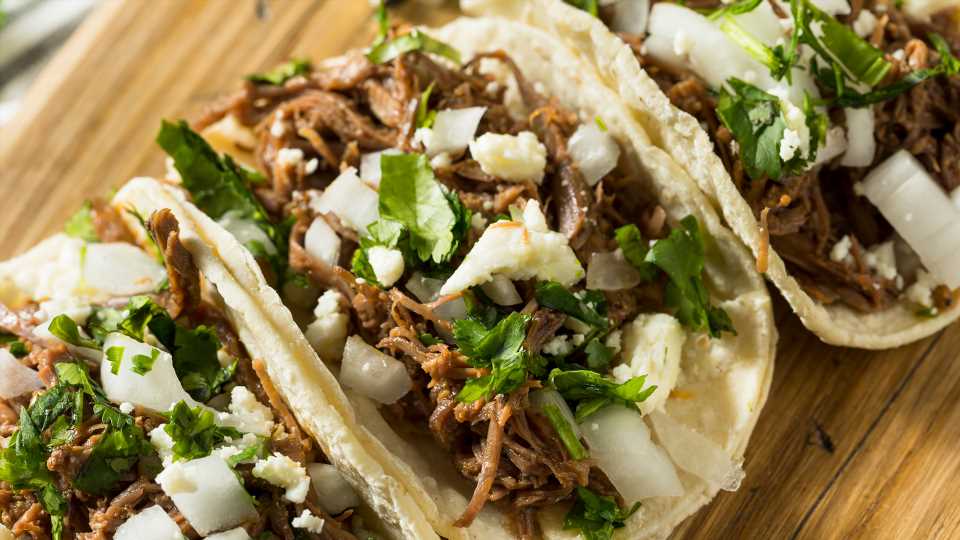 If we’re being honest, it’s been a long time since our weekend plans revolved around anything other than snuggling up on the couch on Friday night with a cold bottle of Topo Chico, an industrial-sized vat of Costco hummus, an assortment of carbs to dip in said hummus, and about 100 hours of Netflix to get through. Well, our commitment to the Netflix and chill/feast lifestyle is about to get even stronger, because we just learned that they have a new show coming out this Friday that’s about one of our most favorite things: tacos.

Las Crónicas del Taco is a documentary series coming from some well-known names in the LA food scene, and it takes a close look at all different kinds of tacos, how they’re made, where they come from, and who the people are that make them every day.

Tacos de canasta, asada, guisada, carnitas, barbacoa, pastor, and more are all name-checked in the trailer, and we’re honestly already drooling. For the love of God, the next time you’re craving tacos ditch the box of Old El Paso and hit your local taco joint to see what the good stuff really tastes like.

The series is in Spanish and will be available to watch with subtitles, and associate producer Javier Cabral recommends watching it that way to help you perfect your pronunciation the next time you place an order.

For all of you who have been following along my taco carnage in Mexico over the last year, this is why: I am extremely excited to announce that I am an Associate Producer and taco scout for “Las Crónicas Del Taco,” the first ever @netflix Original documentary series focused entirely on tacos and the hardworking taqueros who make it. It is finally premiering this Friday and it would mean a lot if you all can watch the hell out of it, give it a thumbs up, tell your friends and family about it, and post on social media to flex our taco power. I recommend watching it as is in español with subtitles so you can perfect your taco-ordering Spanish! #tacosforpablo

Cabral should definitely know what he’s talking about — not only was he a restaurant scout for the late, great Jonathan Gold, but he’s also an editor for L.A. Taco and has written at publications like Eater, Saveur, and the LA Times.

Get your stretchy pants ready for Friday, July 12 — after watching this series, we have a feeling you’re going to want to race out and get your hands on as many taco types as you can find.