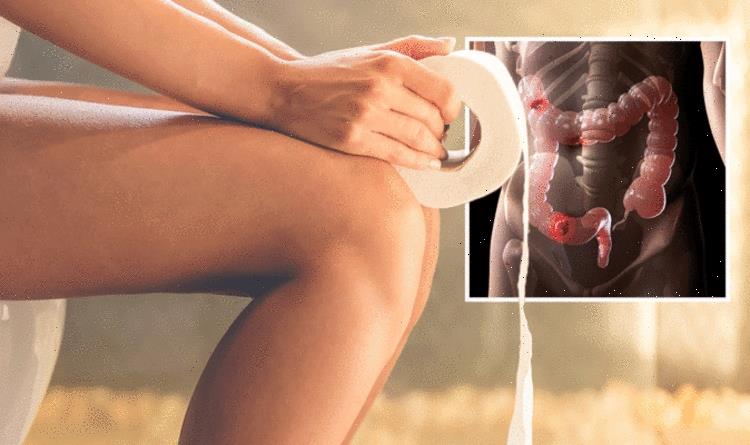 Cancer can be ferocious but there is a crucial weapon in your armoury: early detection. The sooner cancer is picked up, the better the prognosis. However, when it comes to spotting symptoms, misconceptions abound.

According to TV’s Doctor Nighat Arif, a common misapprehension is that bright red blood in your poo indicates cancer.

In fact, bright red blood in your poo can often be attributed to less serious conditions.

Bleeding from the back passage does not usually take the form of “frank red bleeding” but black poo, warned Doctor Nighat.

The doc explained: “People don’t realise that black poo means you’ve had a bleed higher up in the stomach.”

When this happens, it signals the blood has “haemolysed” – a term used to describe the breakdown or destruction of red blood cells and has caused the blood to turn black.

I have bright red blood in my poo – what could it mean?

Cancer Research UK says: “Most often, blood in the stool is from piles (haemorrhoids), especially if it is bright red, fresh blood.”

Piles are like swollen veins in the back passage. These veins are fragile and can easily get damaged when you have a poo, causing a little bleed.

Nonetheless, “it is important to go to your doctor if you have any bleeding and get checked”, advises the charity.

How to respond to cancer symptoms

According to Doctor Nighat, cancer symptoms do not usually operate in isolation.

It is about “knowing the nuances of the symptoms, putting the jigsaw pieces together and going to the doctor”.

The doc advises being “very open and upfront” about your concerns.

Doctors will want to establish historical patterns of behaviour to build up an overall picture, she said.

With this in mind, Doctor Nighat recommended coming to your appointment with a symptoms diary.

“Write down exactly what your symptoms are even if they are infrequent or come and go and follow that through for at least three weeks.”

According to the doc, you should not leave out the vaguer symptoms, such as fatigue or the way your mental health is impacted.

“All those jigsaw pieces are really important for us as a doctor.”

Key symptoms of cancer include:

On the decision to book an appointment, Doctor Nighat said: “Don’t be scared. We are there to help you. Remember, having that initial consultation with a doctor, we can either rule in or rule out a diagnosis with a doctor.”

She added: “The sooner we get that diagnosis, the better the prognosis.”