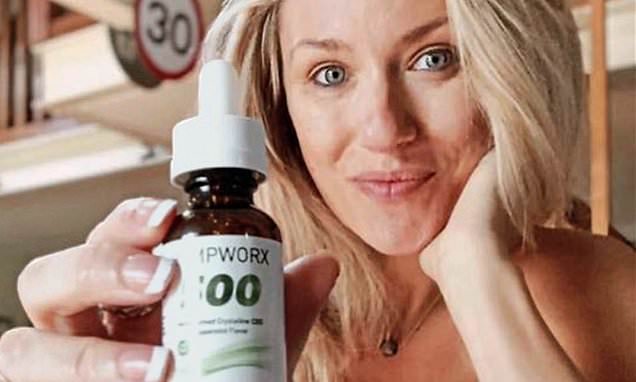 Exposed: The cannabis oil sales reps breaking the law with unproven claims about it ‘treating cancer’

Sales reps earning a lucrative living from the legal version of cannabis are breaking health regulations by making unproven claims that their products can treat cancer and other diseases, a Mail on Sunday investigation has revealed.

Cannabidiol, known as CBD, is increasingly popular as a supposed ‘wellness’ supplement and sold by freelance reps at up to £60 a bottle through the internet.

This form of cannabis is legal because it contains less than 0.2 per cent of the psychoactive ingredient THC. Strict rules enforced by the Medicines and Healthcare products Regulatory Agency (MHRA) forbid adverts claiming unlicensed CBD products have ‘properties for treating or preventing diseases in human beings’. 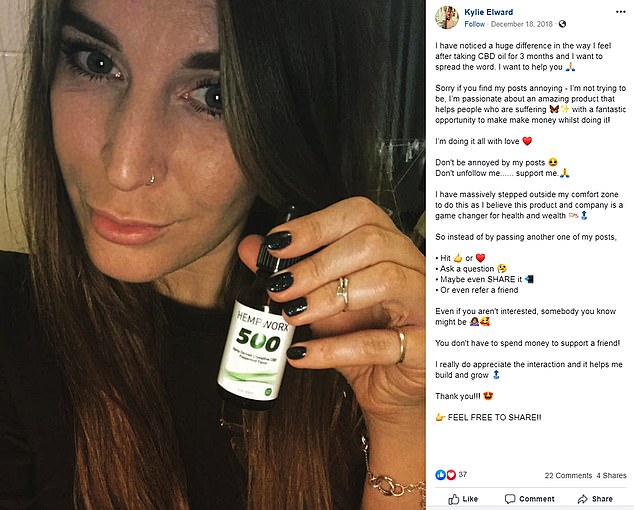 A cannabis oil promoter takes to Facebook and announces she has been taking CBD oil for three months writing: ‘I want to help you’

Yet scores of British reps working for US firm HempWorx, promised TVs, watches and cruises as incentives, are claiming unproven medical benefits.

In one shocking example, Zoe McCardle, a British rep for HempWorx, told customers on Facebook: ‘Some of the conditions CBD oil can help with are… diabetes, epilepsy, cancer. Who’s interested?’

She added: ‘Taking CBD… helps major organs perform functions to the best of their ability.’ And in a recruitment message for the business, she said: ‘We went from sales of nine million dollars in 2017 to 100 million dollars last year and this is set to explode even more this year. Join me now in being part of the legal cannabis industry.’

Another UK rep, Kylie Elward, claimed CBD oil can ‘act as an anti-inflammatory’, while a third, Hayley Jo Anne, said she was now able to travel the world and work from her laptop thanks to HempWorx.

She suggested CBD could help treat menopause, gonorrhoea and painful urination and also published a testimony of a customer who she claimed lost 57lbs in weight thanks to CBD – despite clear guidelines that testimonies cannot be included in promotional material.

Slick HempWorx advertising promises reps can earn up to a million dollars a month and ‘live the life of your dreams’. 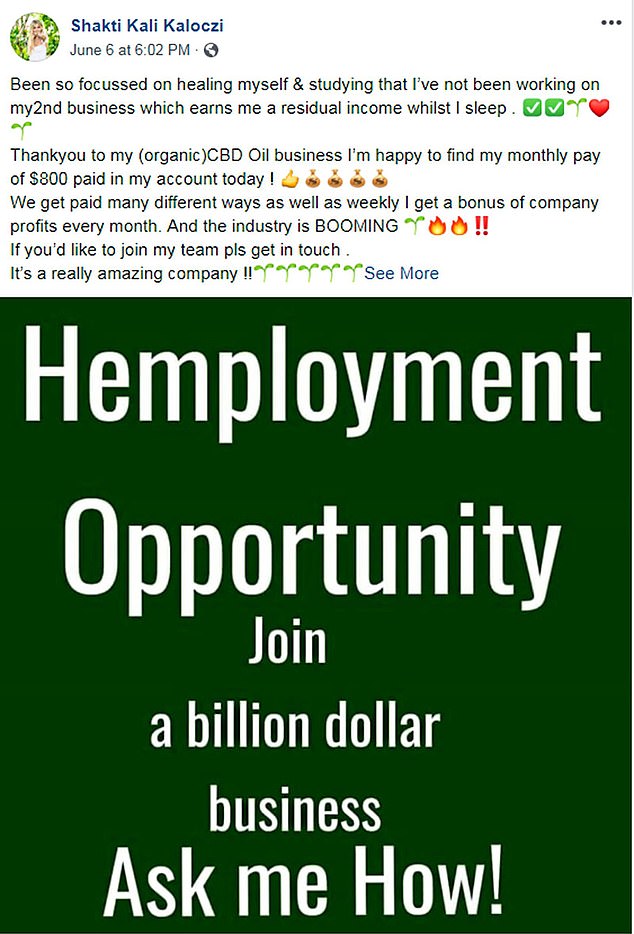 Last night, the MHRA said it would investigate HempWorx after The Mail on Sunday drew the claims to its attention.

The MHRA also revealed that since 2015 it has investigated more than 180 complaints regarding CBD products advertised for sale in the UK. 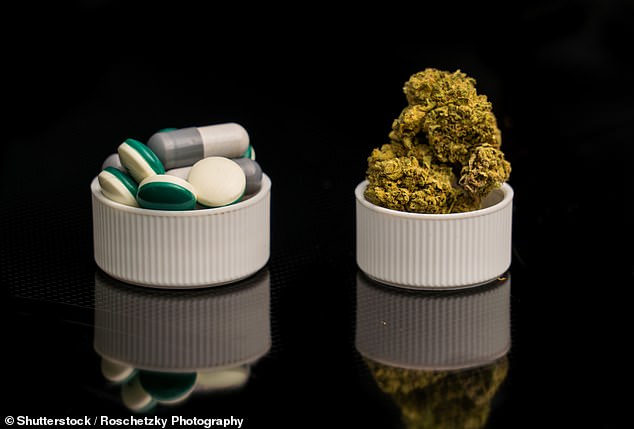 Cannabidiol, known as CBD, is increasingly popular as a supposed ‘wellness’ supplement and sold by freelance reps at up to £60 a bottle through the internet

The CBD industry is expected to be worth more than £2 billion globally by next year. In the UK, CBD products are sold in stores including Holland & Barrett and used by more than 250,000 people.

‘Our borderline medicines team will review whether any unauthorised medical claims have been made and, if necessary, take action to bring the companies into compliance.’

HempWorx and its reps did not respond to requests for comment.