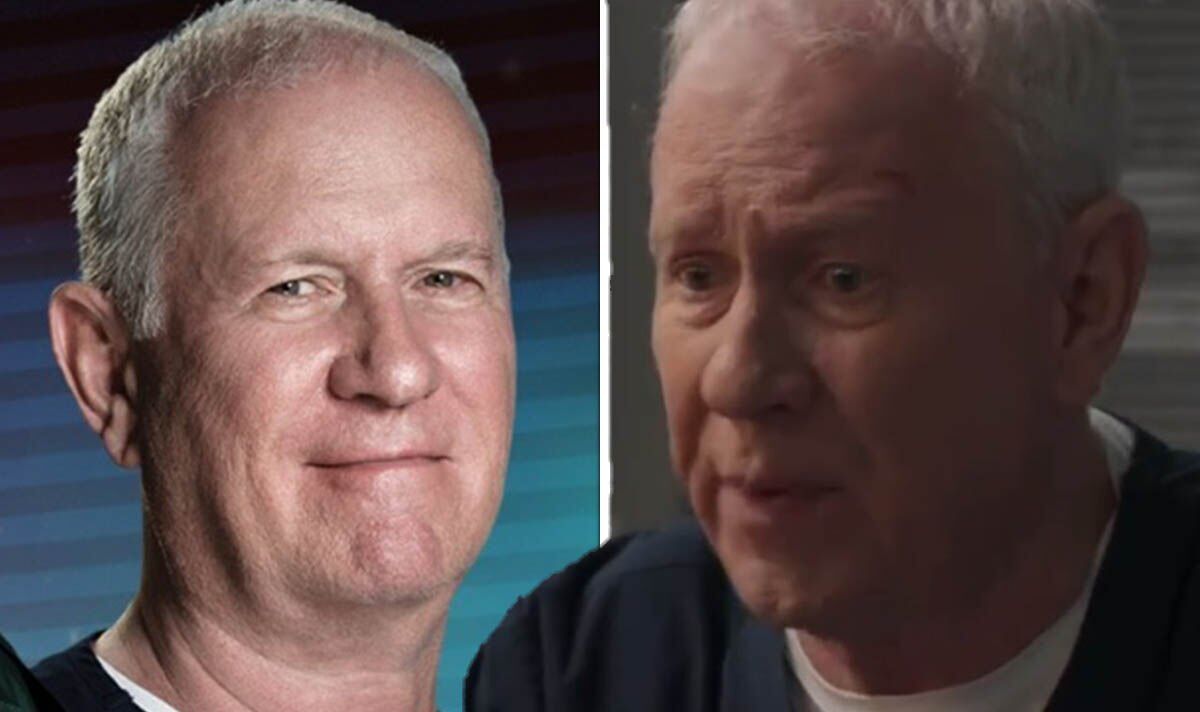 Having played Charlie on and off for 36 years, Thompson is one of the most recognisable faces from the BBC show. Due to this it is unsurprising that he was the BBC’s highest-paid actor back in 2017. It was at the height of his fame that the actor began developing mysterious neck cramps and tremors that affected his head, but being a “typical bloke” he did nothing about it until his life became “murderous”, forcing him to seek medical attention.

Aged 61 at the time his symptoms first started, Thompson said that he was initially worried he had Parkinson’s disease, causing the next two years to be full of torment, worrying about what his future might have in store.

Eventually, after his symptoms continued, Thompson found out that he was actually suffering from a condition known as dystonia – a neurological movement disorder which causes involuntary muscle contractions.

Speaking about the road to his diagnosis, Thompson said: “I began to get cramps and spasms in my neck and tremors which caused my whole head to nod.

“Being a typical bloke, I tried to ignore it. But when it got worse I started to fear I had Parkinson’s disease, like my mother. But rather than do anything about it, I tried to tough it out and it made my life quite murderous.

“The silly thing is I was surrounded by the show’s medical advisers and it wouldn’t have taken them long to rule out Parkinson’s.”

After seeking solace in his father, who encouraged him to seek proper medical advice, Thompson added: “He [his father] told me to seek a proper diagnosis and I was told it was dystonia.

“In about 30 percent of sufferers, the spasms can spread into adjoining muscles – luckily it was benign so I knew I wouldn’t die.”

The NHS explains that dystonia can start at any age and anywhere in the body. Individuals first start to notice uncontrolled muscle cramps or spasms, which eventually leads to parts of the body twisting into unusual positions, like the neck being twisted to the side.

As well as uncontrollable symptoms such as these, some individuals also experience shaking and uncontrolled blinking. These symptoms can be continuous or may come and go. Additionally, they can be triggered by things like stress or certain activities.

For Thompson, after his diagnosis, he narrowed down the cause of his dystonia to a car accident he was in, as well as age and physical deterioration.

He added: “I’d suffered whiplash in a car accident 16 years ago and assumed the neck problem was linked to this, as well as to age and physical deterioration. I suffered the odd bout of head tremors, which were more annoying than painful.

“But what was much more tedious was the dull pain of frequent neck cramps – at the most inconvenient times and nearly always when I was working and under pressure. They could last for several hours, but at other times they would be more transient.

“The spasms felt really dreadful because of my inability to do anything other than simply wait for the episode to pass.”

Often the cause of dystonia is unknown, but is more common in those already diagnosed with another condition such as Parkinson’s disease or cerebral palsy. Once diagnosed, the condition tends to last a lifetime.

However, there are various treatments available for those who need help relieving symptoms. For Thompson, this surprisingly involved using Botox.

“I was told the only treatment was to have Botox injections to ‘paralyse’ the muscle so it doesn’t spasm, but my condition wasn’t severe enough then to need it,” the actor explained.

“But things gradually got worse and I had my first course of Botox. I had five small jabs in my neck muscles. Afterwards I was able to move my neck and it was only when I was very tired that I felt a few cramps.

“Now I have Botox every three months and am dramatically better than before.”

Botox injections help to relax muscles, but for those whose dystonia is more severe, surgery may be required. Specifically, deep brain stimulation is the main type of surgery for dystonia. It involves inserting a small device under the skin of the chest or tummy.

From there, similar to a pacemaker, it sends electrical signals along wires to the part of the brain that controls movement, with the aim that shaking and uncontrollable muscle movement will cease.