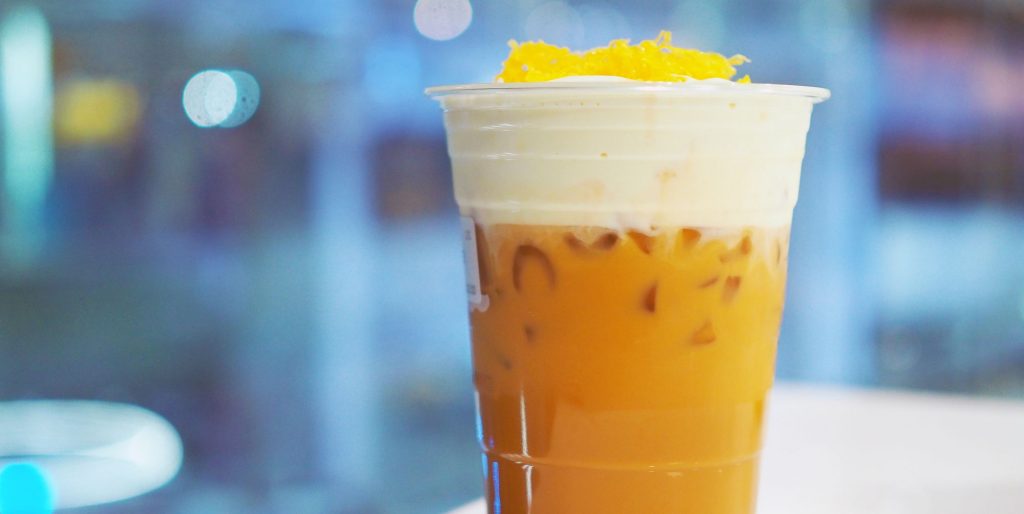 Some things are just meant to be together: peanut butter and jelly, The Office’s Jim and Pam…cheese and tea.

Did you do a double-take on that last one? Well watch out, bubble tea and matcha, because that odd-sounding combo is vying for trendiest tea around. And when you first taste the drink’s foamy, savory texture, you’ll understand why.

What exactly is cheese tea?

While it sounds like something nobody asked for, cheese tea is simply “tea topped with cheese,” according to Erin Palinksi-Wade, RD, and author of Belly Fat Diet for Dummies.

The cheese topping first made its debut in Taiwan and China, according to The Washington Post, on top of both iced and warm teas. But I’m not talking cheddar or gouda.

“It’s usually made of cream cheese blended with condensed milk to create a frothy topping that tastes either sweet or salty, depending on how it’s prepared,” says Palinsky-Wade. Its consistency is similar to heavy whipped cream, and it’s served on top of the brew of your choice—menus typically pair the stuff with green, earl grey, black, and matcha teas.

A post shared by SoWhat_Bubble&Cheese_Nologaten (@sowhat_bubblecheese_nologaten) on May 2, 2019 at 10:46pm PDT

A post shared by SoWhat_Bubble&Cheese_Nologaten (@sowhat_bubblecheese_nologaten) on May 2, 2019 at 10:46pm PDT

Recently, this combo has made its way over to the U.S., and while it hasn’t achieved bubble tea-level status quite yet, cheese tea is getting there…you know, as soon as the initial suspicion about the name wears off.

Okay, but is cheese tea healthy?

Unfortunately, not so much.

“Since it is made from a blend of cream cheese and condensed milk, the cheese topping can provide a source of [calcium and] protein,” Palinsky-Wade says. “However, it can also contain a lot of added sugars and saturated fats.”

The cheesy topping generally contains 80 to 100 calories, which isn’t going to totally toss your health down the drain, but “it’s similar to adding whipped cream on top of your favorite drink,” says Palinsky-Wade. In other words, it’s probably best to think of cheese tea as an occasional treat, rather than something to sip on the daily.

What you can load up on every day, however, is the tea underneath the frothy topping. “Tea is a source of antioxidants and can provide numerous health benefits, so adding more tea to your diet can be beneficial,” says Palinksy-Wade.

Can I make my own cheese tea?

Absolutely. The first move, according to Palinsky-Wade, is to make the cheese topping. “You need to prepare it in advance and allow it to chill” before pouring it over your brew, she says.

Then, enjoy…and ‘gram your creation, of course.