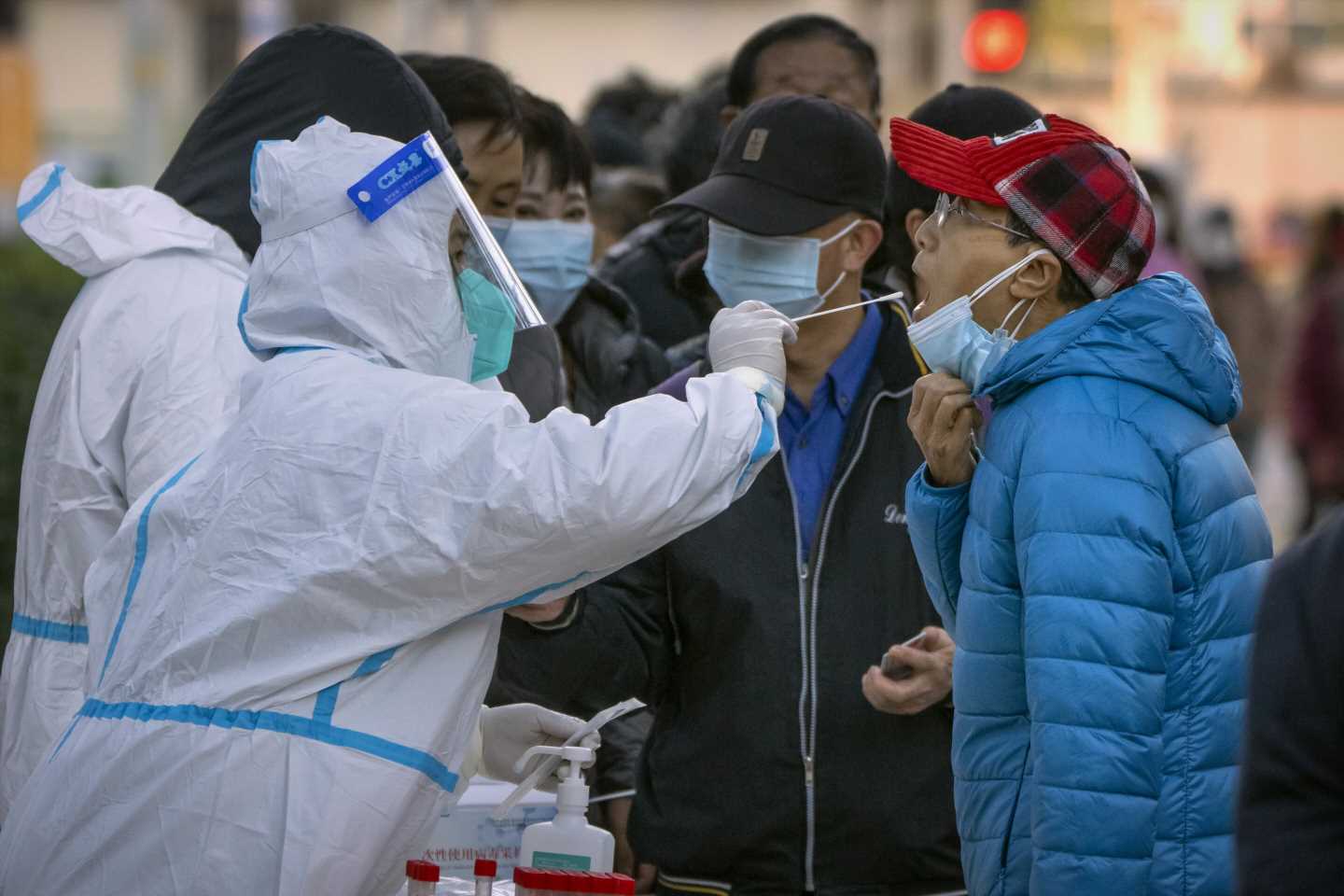 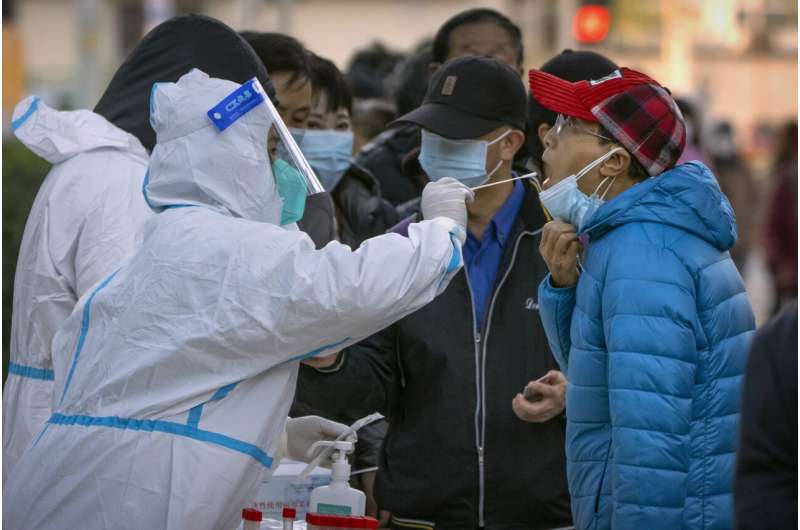 China’s ruling party called for strict adherence to the hard-line “zero-COVID” policy Tuesday in an apparent attempt to guide public perceptions after regulations were eased slightly in places.

The People’s Daily, the Communist Party’s flagship newspaper, said in an editorial that China must “unswervingly implement” the policy that requires mass obligatory testing and places millions under lockdown to try to eliminate the coronavirus from the nation of 1.4 billion people and the world’s second-largest economy.

That comes as China reported 17,772 new cases over the previous 24 hours and follows slight changes to quarantine and other anti-virus restrictions announced last week to reduce cost and disruption.

The major provincial capital of Shijiazhuang just outside Beijing has also reopened free testing centers after just one day of closure. The move to require residents to pay for tests underscored the growing economic cost the policy is inflicting on local governments.

Beijing has also closed some testing sites in recent days, but was reopening many on Tuesday. While case numbers remain relatively low in the city of more than 21 million, a recent increase has led to some restaurants and other businesses being forced to close and villages that largely house blue-collar workers placed under lockdown. 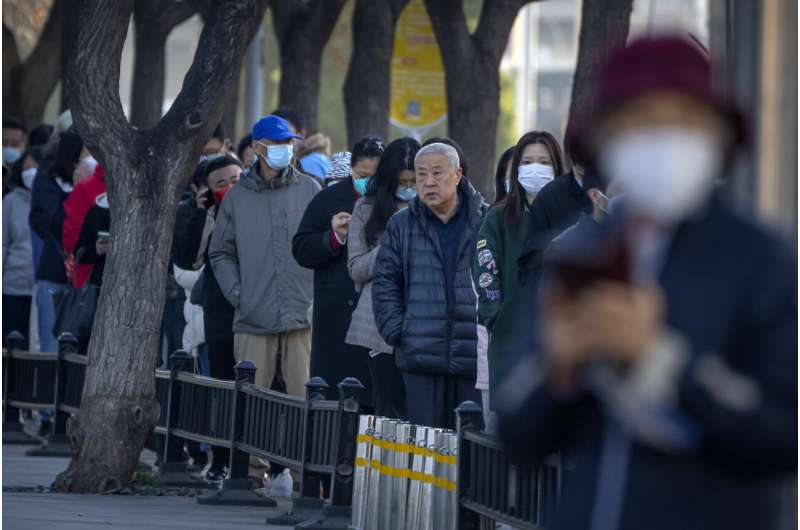 Some lockdowns on residential compounds and entire city districts remain in place around China, including in parts of the crucial southern financial manufacturing hub of Guangzhou and other cities whose industrial bases are closely tied to global supply chains.

In the latest indication of the economic toll, Chinese consumer spending contracted in October and factory activity weakened, government data showed. Retail sales sank 0.5% compared with a year ago, down from September’s 2.5% expansion, as millions of people were confined to their homes.

Chinese economic growth rebounded to 3.9% over a year earlier in the three months ending in September from the first half’s 2.2%, but economists say activity already was cooling. They have cut forecasts of annual growth to as low as 3%, which would be among the weakest in decades. 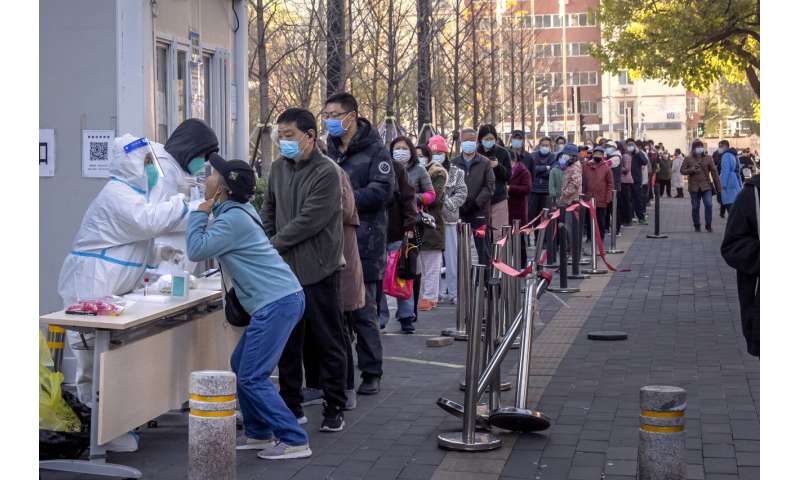 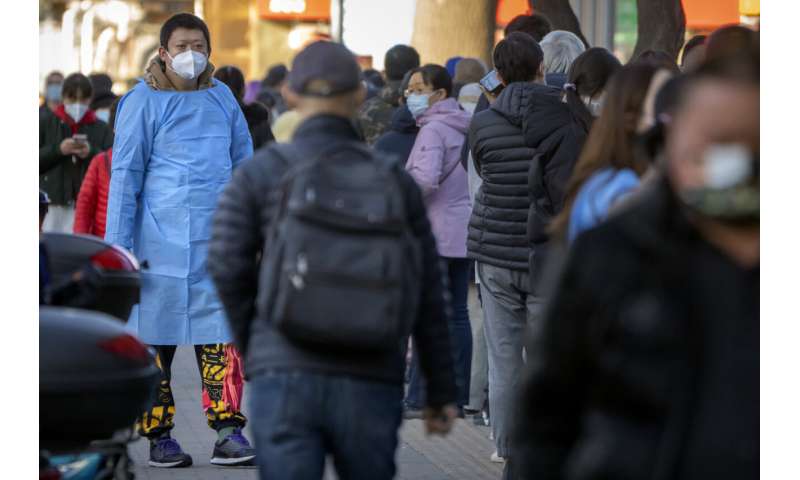 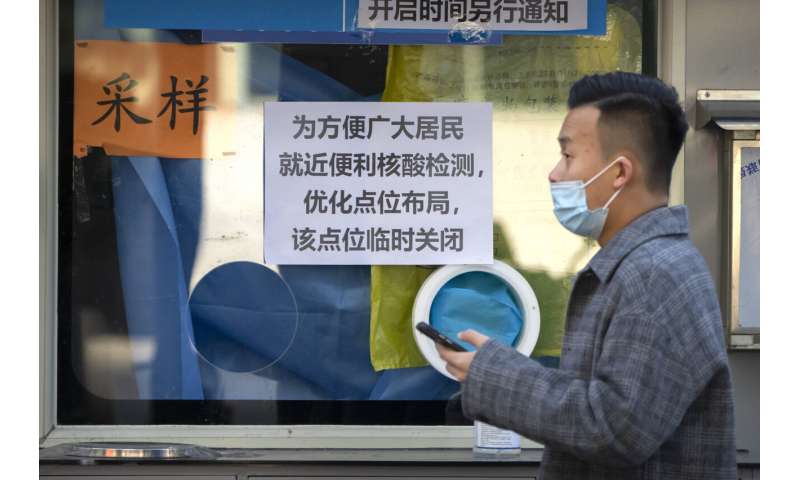 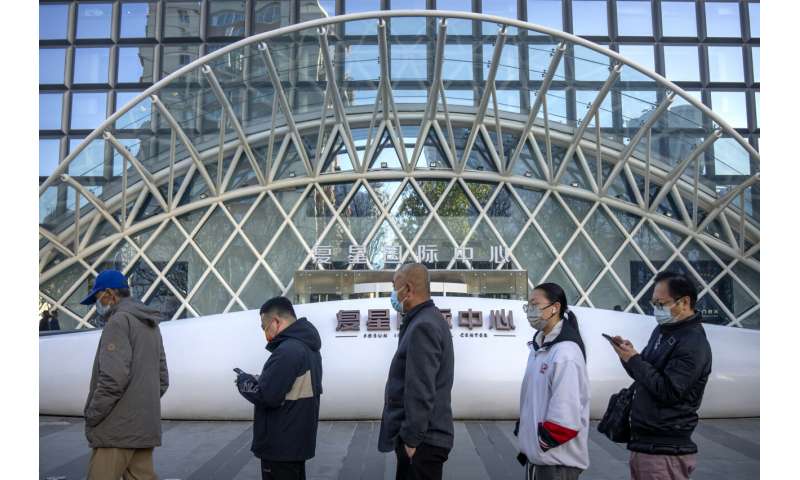 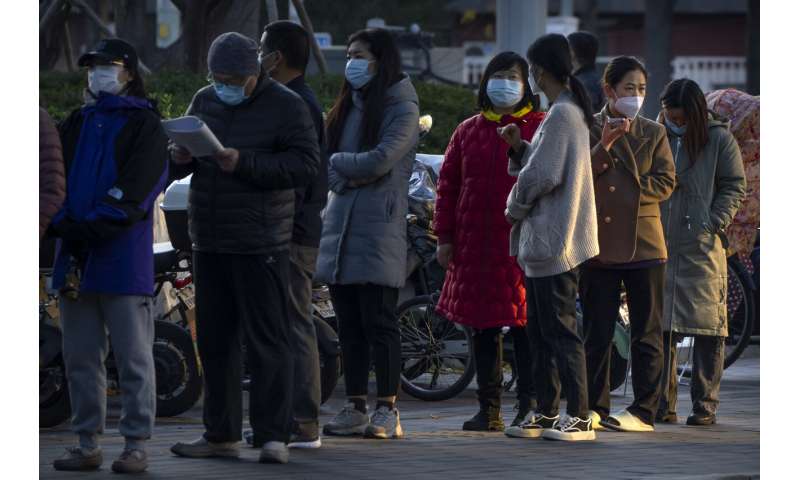 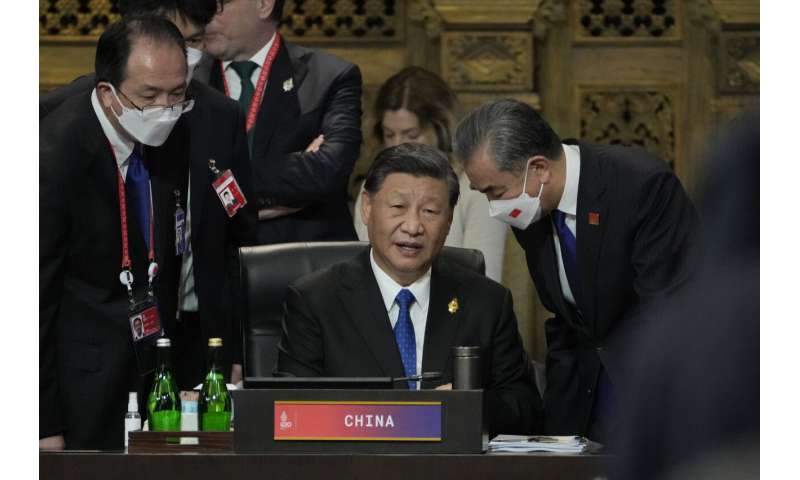 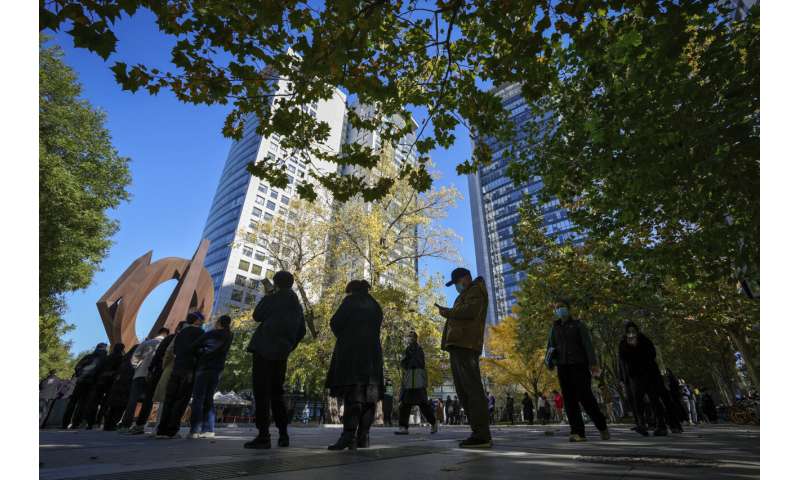 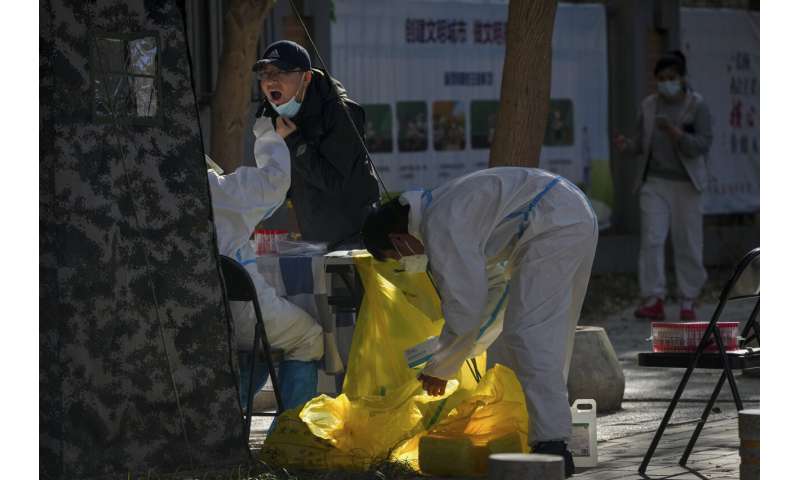 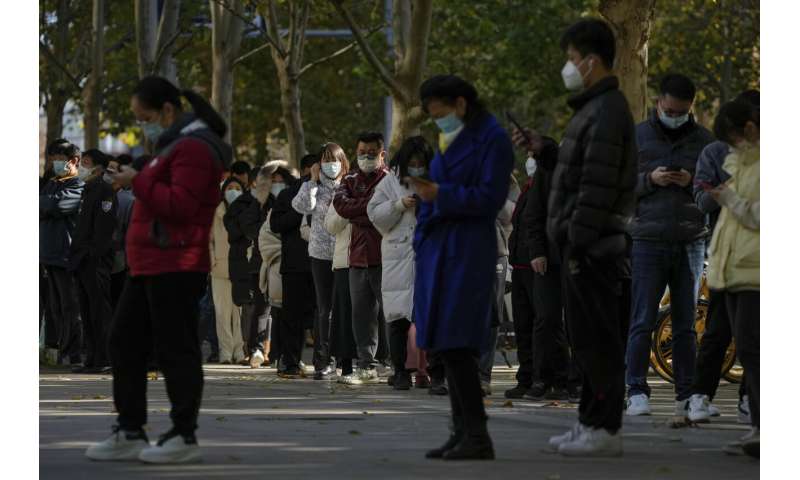 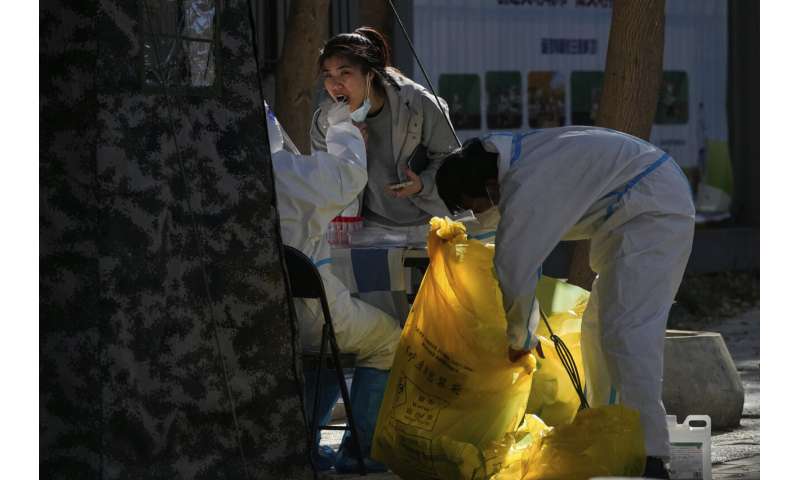 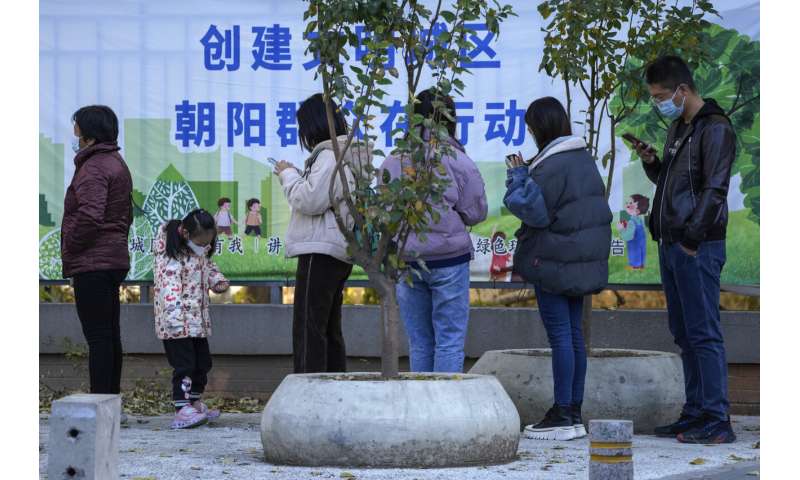 Local party officials are under immense pressure to curb new outbreaks, but directions from the central government have lately become harder to gauge. China appears to be cautiously attempting to join the rest of the world while refusing to drop policies in which the party and leader Xi Jinping have deeply invested their authority and reputation.

Xi himself is in Indonesia for the Group of 20 summit this week after being absent from most global gatherings throughout the pandemic.

Xi met Monday with U.S. President Joe Biden on the sidelines of the G-20 meeting and is expected to attend the Asia-Pacific Economic Cooperation summit later in Bangkok.

© 2022 The Associated Press. All rights reserved. This material may not be published, broadcast, rewritten or redistributed without permission.