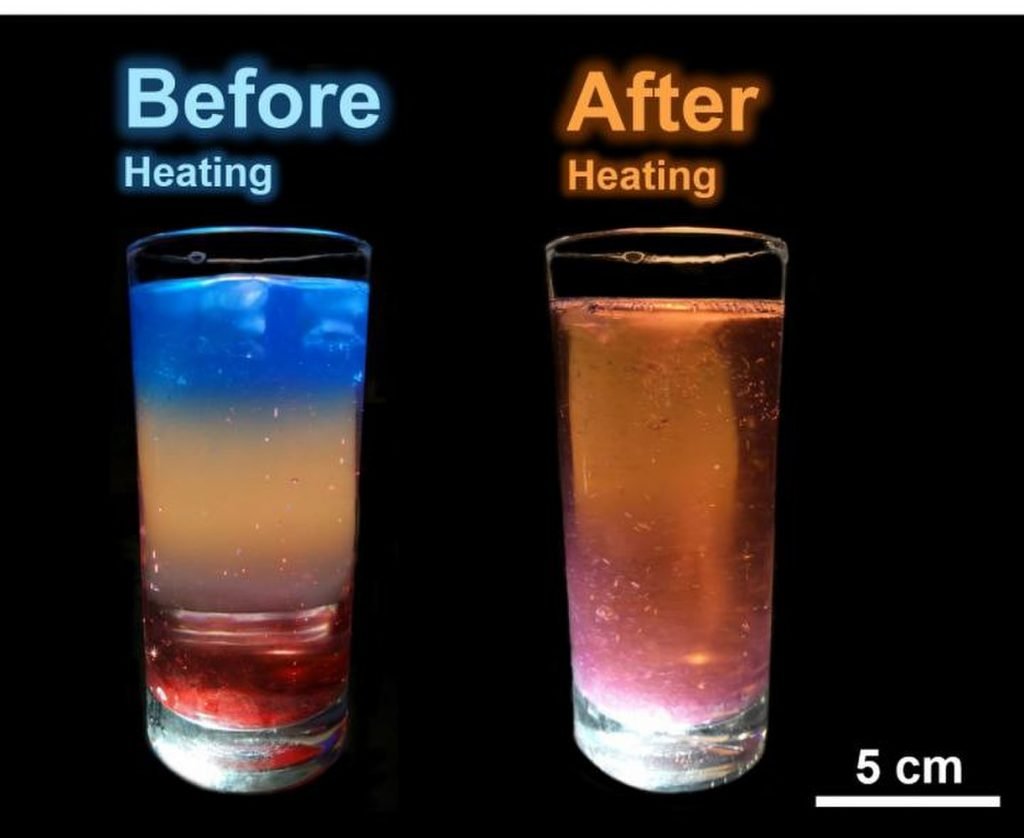 For some couples, condoms don't cut it. The one-use contraceptive has a high failure rate — 13 percent — but aside from a vasectomy, is the only other birth control option for men. So researchers are developing intermediary male contraceptives that promise to be longer-lasting and more likely to do the job.

Now, a team of biologists in China is proposing a new take on projects concentrating on achieving temporary birth control: A series of injections — inspired by layered cocktails — that block semen from leaving the body until a near-infrared light, held to the skin, dissolves the plug. Though similar clog-forming contraceptives are in the works, this version, tested in rats, is one of the first designed to dissolve itself. [7 Facts About Sperm]

The researchers described the method in a new paper published Jan. 30 in the journal American Chemical Society Nano.

Catherine VandeVoort, the director of reproductive endocrinology and infertility at the California National Primate Research Center, who was not involved in the research, said that the idea of reversing male birth control with near-infrared light is "pretty appealing."

It means that a man would "need a nip in the scrotum and an injection, but when [he no longer wanted the contraceptive, he] could go in and have the light shown on it and wouldn't need another surgery," VandeVoort told Live Science.

The birth control technique consists of two sperm-stopping materials that are injected into the vas deferens, which is the tube that carries sperm out of the testes to the urethra. One material is a gel derived from algae and bacteria that solidifies upon injection and is so dense that sperm can't get through. The second is a softer gel, capable of dissolving the algae-based product. The two materials are separated by a thin layer of a product containing gold particles. When the near-infrared light is applied to the skin outside the vas deferens, it heats up the gold particles so that they melt the weaker active substance, which runs into the denser gel and dissolves it. And voilà, the birth control blockage is cleared.

The researchers tested the treatment in two groups of rats, who received different amounts of the products. They found that the rats regained their ability to father pups within seven to 14 days, depending on how much of each product was injected into their vas deferens.

VandeVoort, who worked on a similar injectable male birth control product in monkeys, said that while the new rendition is interesting, she had some questions. (The study looking at that product, called Vasalgel, received funding from a nonprofit associated with the company that holds the patent on Vasalgel.) First, the researchers don't know how long this birth control method lasts if left alone. One group of male rats that never received light treatment didn't impregnate females for "more than two months," but that's as specific as the paper gets when mentioning the technique's longevity. If humans were to ever use this, birth control duration is necessary information, VandeVoort said, and most would likely want an option that lasts a year or two.

What's more, if the injections stopped working around two months in the rats who didn't get light treatment, there's no explanation in the paper of why they stopped working  Did the products dissolve from body heat? Did the dense sperm blocker disintegrate on its own? There's no way of knowing, VandeVoort said. There's also no mention of how many rats were tested, or if the injections were difficult to administer. From her own experience doing similar surgeries on monkeys, VandeVoort said the intended target is slippery, skinny and easy to miss, and she's like to know how many rats the researchers failed to inject correctly.

Even with this missing information, VandeVoort said that she thinks this approach shows promise. Researchers pursuing this option would have to do other tests in longer-living mammals before getting close to human trials, she said — and they'd have to fill in all those knowledge gaps, and more.

"More options for contraception is a really good thing," she said. "This needs more work, but that's what happens when you do the first study."