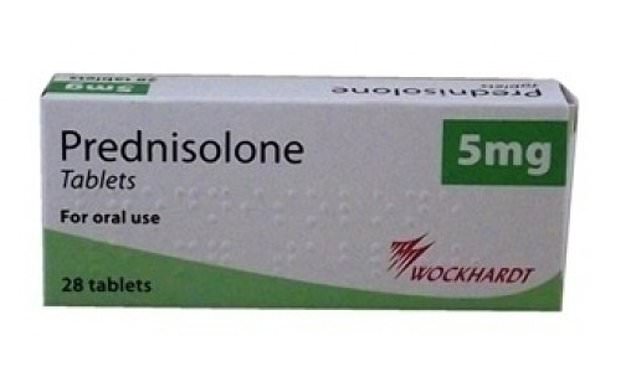 A common anti-inflammatory drug may increase the risk of diabetes after just one week of treatment, scientists claim.

Up to three per cent of Britons take glucocorticoids to treat their asthma, arthritis, allergies, eczema and irritable bowel syndrome.

But researchers found one of the most common types – prednisolone – can impair blood sugar regulation after seven days of treatment.

Steroid-induced diabetes is already known to occur in people who take medications like prednisolone, branded as Deltacortril in UK and Millipred in the US, over long periods of time.

But the Sapienza University of Rome team warned the process begins much earlier than previously thought. 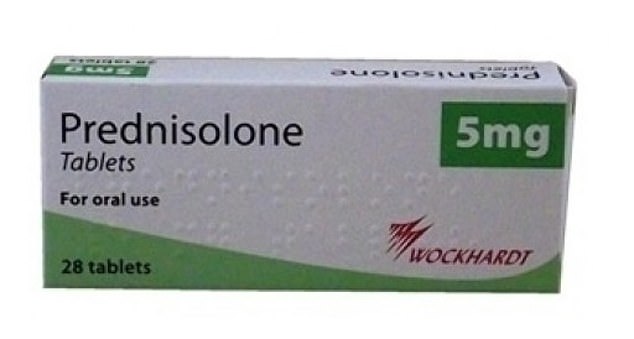 Medications like prednisolone may increase the risk of diabetes after just one week of treatment, scientists claim. It also goes by Deltacortril, Dilacort and Pevanti in the UK

Dr Riccardo Pofi and his team of colleagues presented their findings at The Society for Endocrinology Annual Conference in Brighton.

He said: ‘This is the first study to examine the very short-term metabolic effects of commonly prescribed doses of glucocorticoids on healthy men.

‘[It] indicates, that even at these lower doses, glucose metabolism is impaired, suggesting an increased risk of diabetes with continued treatment.’

Dr Pofi and Professor Jeremy Tomlinson, from the University of Oxford, recruited 16 healthy male volunteers from the Oxford Bio-Bank.

Before and after the trial, scientists measured the participant’s weight and metabolic markers.

A test called the hyperinsulinemic-euglycemic clamp was also used, which is the gold-standard method to assess how the body uses insulin.

The study found fasting blood sugar levels, weight and general health – which would be tested in clinic for risk of diabetes – was unaffected by the drug. Cholesterol also remained the same.

However, in the group given 15mg of prednisole, their body was ‘significantly’ less able to control blood sugar levels, meaning they were less able to efficiently use insulin.

Known as low insulin sensitivity, it can lead to a variety of health problems, one of them being diabetes.

The researchers did not say what blood sugar levels were for the volunteers, nor did they study whether insulin resistance returned to normal after the study.

WHAT IS STEROID-INDUCED DIABETES?

Steroids are taken to reduce inflammation for a number of illnesses including asthma, lupus, rheumatoid arthritis, Crohn’s disease and ulcerative colitis.

But they can lead to diabetes, often referred to as steroid-induced diabetes.

People on steroids who are already at a higher risk of type 2 diabetes or those who need to take steroids for longer periods of time are the most susceptible to developing steroid induced diabetes.

Steroids mimic the action of cortisol, a hormone produced by the kidneys.

Cortisol is responsible for bringing on our body’s classic stress response of higher blood pressure and increased blood glucose levels.

High blood glucose levels while taking steroids may subside after you stop taking steroids, however, some people may develop type 2 diabetes which will need to be managed for life.

The condition means the body does not react properly to insulin – the hormone which controls absorption of sugar into the blood – and cannot properly regulate sugar glucose levels in the blood.

Dr Pofi told MailOnline: ‘The relationship between glucocorticoids and diabetes is well established.

‘However, most of the previous studies done on this topic assessed these metabolic parameters too late after treatment – and with high doses.

‘Our study demonstrated detrimental effects of steroids already at seven days from the start of two among the commonest prescribed doses of glucocorticoids.’

The team say patients need to be warned about the risk of diabetes before starting glucocorticoids and be given prevention advice.

However, Dr Katarina Kos, a senior Lecturer in diabetes and obesity, at the University of Exeter, said the risks are already well known to doctors in the UK.

She said: ‘Steroids are only prescribed for limited time periods in order to balance their benefit to potential harm.

‘Steroids are not be prescribed without indication unless absolute necessary and should not be taken without prescription due to their side effects.’

Emily Burns, head of research communications at Diabetes UK, said: ‘We know that glucocorticoid treatment can lead to high blood sugar levels and steroid-induced diabetes, but there is still a lot to learn about why this happens and what could be done to prevent it.

‘While this research helps build a clearer picture of what happens inside the body during glucocorticoid treatment, it’s a very small, short-term study.’

Dr Pofi and colleagues plan to study whether taking glucocorticoids alongside diabetes drugs will counterbalance the unwanted side effects.

Glucocorticoids, which are a type of steroid, mimic the hormone cortisol, which is produced by the adrenal gland.

Cortisol is known for its anti-inflammatory effect. Arthritis, Crohn’s, asthma and ulcerative colitis are linked to inflammation.

Some side effects of prolonged GC use have been known for decades, the most common being weight gain and the joint disease osteoporosis.

GCs have been linked to metabolic side-effects that may increase risk of diabetes and obesity, the authors said.

Prednisolone was prescribed to almost eight million people in the UK in 2018.

One in five US adults have been prescribed an oral steroid short-term, according to a  2017 study published in the British Medical Journal.