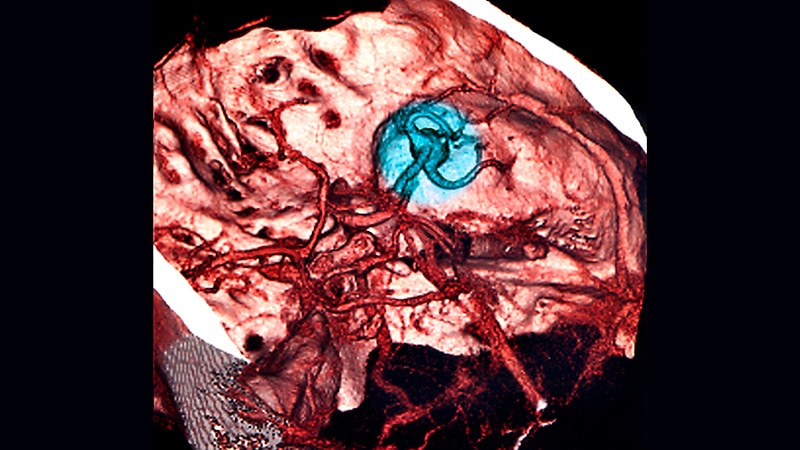 Whereas case rates held steady for other racial groups in the study over a 10-year period, Black people were the only racial group for whom SAH incidence increased over time, at a rate of 1.8% per year.

“Addressing this racial disparity will require multidisciplinary factors targeted not just at subarachnoid hemorrhage risk factors, but also at socioeconomic equity,” he added.

The study was published online October 26 in Neurology.

Otite and his team combined US Census data with two state hospitalization databases in New York and Florida and found that there were nearly 40,000 people hospitalized for SAH between 2007 and 2017. To find annual incidences of SAH per 100,000 population, they calculated the number of SAH cases and the total adult population for the year.

“Smoking and hypertension are two of the strongest risk factors for subarachnoid hemorrhage,” Otite said. “Hypertension is more prevalent in Black people in the US and Black patients with hypertension are more likely to have it uncontrolled.”

Commenting for Medscape Medical News, Anjail Sharieff, MD, associate professor of neurology at UT Health in Houston, Texas, said aside from a high rate of common SAH risk factors such as hypertension, Black Americans also face a barrage of inequities to health education and quality healthcare that contributes to higher SAH rates.

Sharieff said many of her first-time patients end up in her office due to a heart attack or stroke because they were previously uninsured and did not have access to primary care. “We need to begin leveraging trust with people in communities — meeting people where they are,” to educate them about hypertension and other health issues, she said.

A shining example of community engagement to reduce hypertension in Black communities was the Cedars-Sinai Barbershop Study, where 52 barbershops in Los Angeles implemented blood pressure checks and interventions among customers. A year later, the project was still working.

“Once we can identify the health problems in Black communities,” said Sharieff, “we can treat them.”