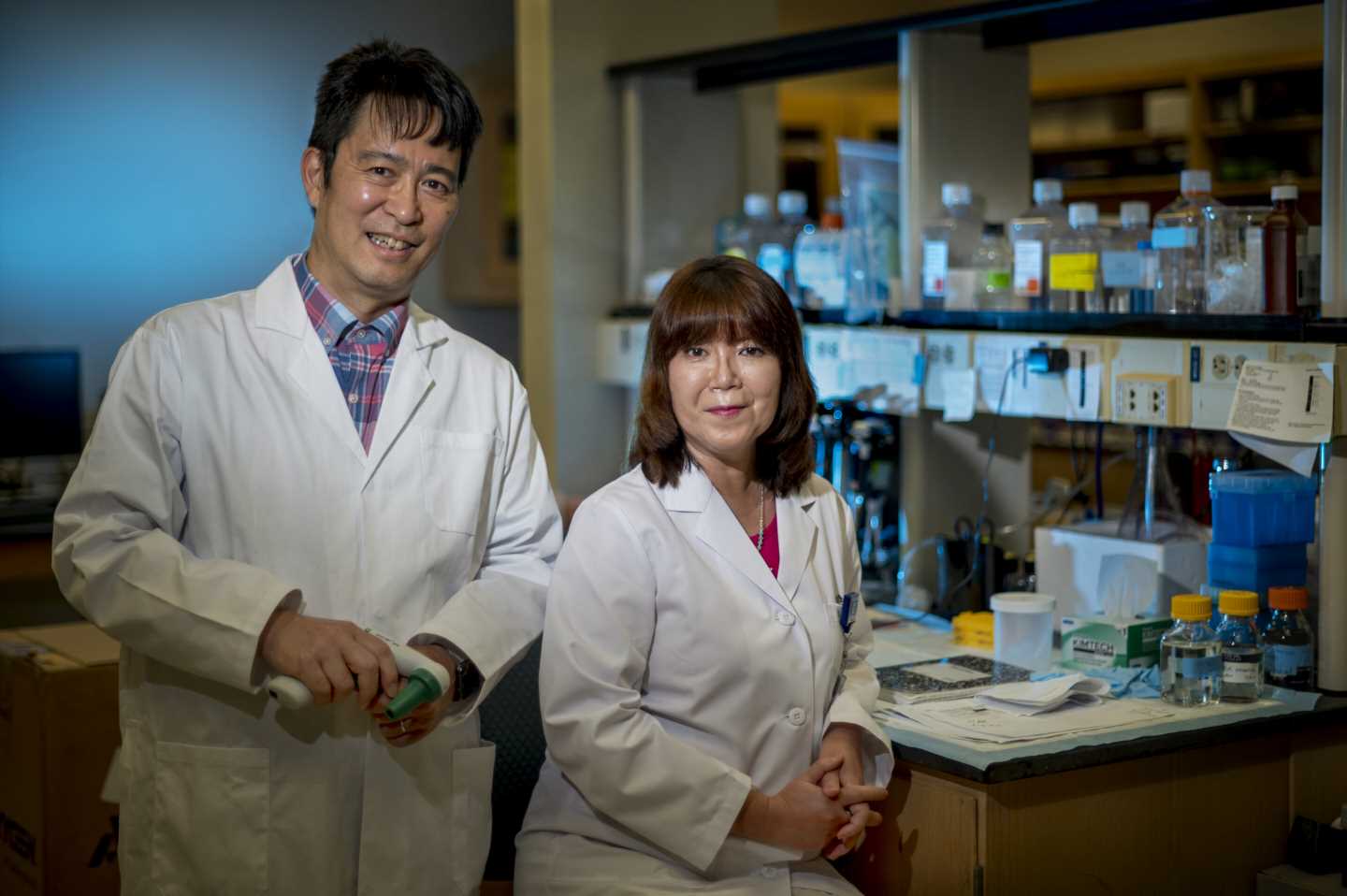 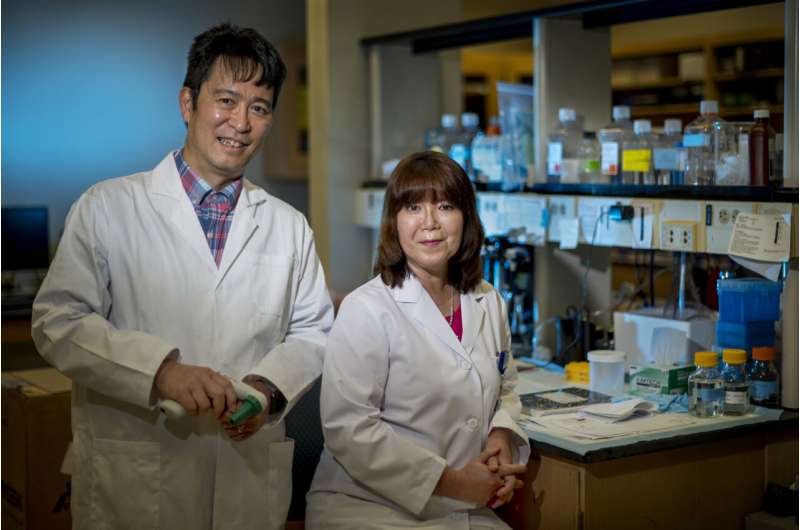 An internal transporter that enables us to use the copper we consume in foods like shellfish and nuts to enable a host of vital body functions also has the essential role of protecting the receptor that enables us to grow new blood vessels when ours become diseased, Medical College of Georgia scientists report.

The findings published in the journal Nature Communications point toward the copper transporter ATP7A as a potential new therapeutic target in treating cardiovascular diseases like heart attack, peripheral artery disease and stroke.

“Our paper is talking about a newly discovered function of ATP7A,” says Dr. Masuko Ushio-Fukai, vascular biologist in MCG’s Vascular Biology Center. “Our paper shows that ATP7A directly binds to the receptor for vascular endothelial growth factor, called VEGFR2, to stabilize it, to regulate the receptor itself,” she says of the receptor that enables us to produce new blood vessels from our existing ones in a process called angiogenesis.

They’ve already shown that in diseases like diabetes, a major risk factor for cardiovascular disease, ATP7A expression is down, degradation of VEGFR2 is up and a healthy copper balance lost, which contributes to many of the problems these patients experience like heart attacks and impaired wound healing, says Dr. Tohru Fukai, vascular biologist and cardiologist in the VBC.

It was those findings that got the co-corresponding authors on the new paper thinking there might be a direct link between ATP7A and VEGF’s receptor.

In healthy humans, angiogenesis occurs to some extent throughout life, but in conditions like diabetes, when this ability is probably needed most, it’s impaired, the scientists say.

They suspect and are further pursuing that the essential crosstalk they have now discovered between transporter and receptor occurs in aging as well when, as with many body functions and factors, levels of ATP7A naturally begin to decrease.

Next steps in their work include identifying drugs that would increase and stabilize ATP7A levels and consequently the VEGF receptor, Ushio-Fukai says.

ATP7A typically resides in the cell’s trans-Golgi network—a sort of bus station inside the cell that sends new proteins out where needed—where it delivers copper to enzymes that need the micronutrient to be activated and functional. These enzymes include superoxide dismutase, which breaks down the harmful byproducts of oxygen use like reactive oxygen species, which play a key role in a variety of conditions like cardiovascular disease and diabetes, as well as lysyl oxidase, which is critical to producing connective tissue in the body and essential to healthy bones, hair and more, Fukai says.

When too much copper accumulates inside the cells, as they have seen in conditions like diabetes, ATP7A also has the job of removing the excess because both too much or too little can be destructive. “Copper is both very toxic and essential,” Fukai notes.

Now the MCG scientists have shown that VEGF coaxes ATP7A out of the trans-Golgi network to the cell membrane where it binds to and stabilizes VEGF’s receptor. They also have shown that loss of ATP7A in endothelial cells promotes formation of autophagosomes, which basically cast a membrane net around whatever items are about to be consumed, and which now target VEGFR2 for degradation. The excess copper that begins to accumulate inside the cell can further hamper helpful angiogenesis.

“Essential copper enzymes cannot be activated and also excessive amounts of copper cannot be exported,” says Fukai. “ATP7A would be one of the therapeutic targets to help correct this.”

The collective findings mean that copper transporter ATP7A is required for new blood vessel formation and for restoring blood flow in ischemic cardiovascular disease, they write.

The fact that copper is essential to angiogenesis was shown decades ago, when it was found that just applying copper to endothelial cells stimulates angiogenesis, Ushio-Fukai says.

There has been some indication copper’s role in angiogenesis worked through ATP7A’s delivery of copper to copper containing enzymes like superoxide dismutase. “Our paper changes this concept,” she says.

Conditions that can trigger ATP7A to move out of the trans-Golgi network are signals like a lot of copper being present in the cytoplasm, a fluid-filled pocket in the cell that holds most its contents including the trans-Golgi network; inadequate oxygen, called hypoxia, being supplied to a tissue, like what occurs in heart and peripheral artery disease; and insulin.

Too much copper inside cells is definitely bad, where it can work like what Fukai calls an “atomic weapon” to vigorously produce destructive free radicals. Without sufficient work by ATP7A to keep copper levels balanced, levels of the metal keep going up while the essential activities of copper containing enzymes decrease.