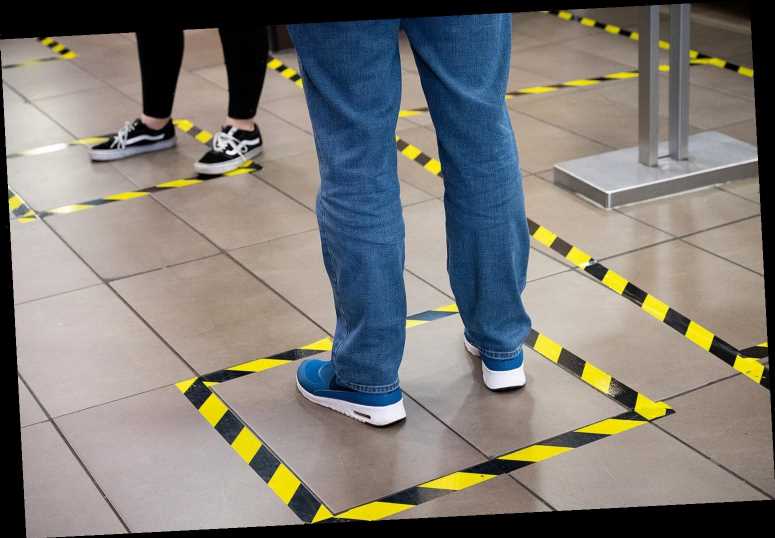 The novel coronavirus may actually spread farther than six feet, according to a new study.

Although six feet is the measurement used by current social distancing guidelines, the study from a team of virologists at the University of Florida concluded that the virus can actually travel up to 16 feet away from an infected person. The researchers focused on how the virus moves indoors and found that it can spread this far via tiny droplets called aerosols.

"We're talking about a virus that is present in very small droplets, tiny ones that we call aerosols that can travel much farther through the air and remain in the air for minutes to hours at a time," Linsey Marr, a civil and environmental engineering professor at Virginia Tech who studies how viruses travel through the air, told CBS News.

“If this isn't a smoking gun, then I don't know what is,” she said on Twitter last week.

The new study involved analyzing air samples in a hospital room and using water vapor to enlarge the aerosols so they could be easily collected from the air.

“Once we acknowledge that the virus is transmitting through aerosols, we can then take steps to address that and to reduce that risk,” Marr said.

Though the study has yet to be peer reviewed, Robyn Schofield, an atmospheric chemist at Melbourne University in Australia who studies aerosols over the ocean, told The New York Times she was “impressed” by the methodology.

Schofield added that the findings are not in line with the six-foot social distancing guidelines many people have been told to follow.

“We know that indoors, those distance rules don’t matter anymore,” she said, adding that the guideline is “misleading, because people think they are protected indoors and they’re really not.”

A similar study found that speaking at normal levels produced droplets that stayed in the air for at least eight minutes, while loud talking emitted even more droplets.

The May study, from researchers at the National Institute of Diabetes and Digestive and Kidney Diseases and the University of Pennsylvania and published in a peer-reviewed journal, used laser lights to see how many droplets hung in the air after talking.

As information about the coronavirus pandemic rapidly changes, PEOPLE is committed to providing the most recent data in our coverage. Some of the information in this story may have changed after publication. For the latest on COVID-19, readers are encouraged to use online resources from CDC, WHO, and local public health departments. PEOPLE has partnered with GoFundMe to raise money for the COVID-19 Relief Fund, a GoFundMe.org fundraiser to support everything from frontline responders to families in need, as well as organizations helping communities. For more information or to donate, click here.