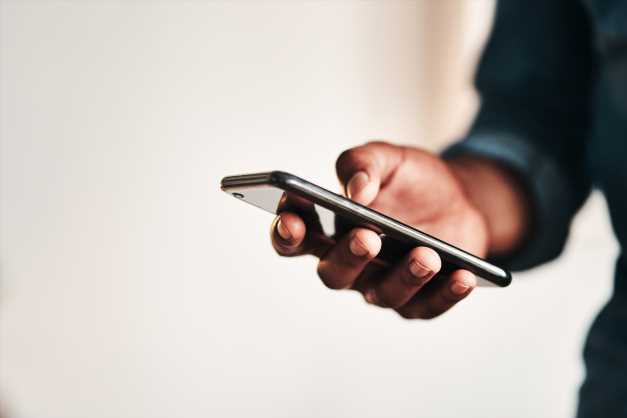 While Apple and Google released technology in May to help notify people of COVID-19 exposure, experts say low adoption has so far led to a modest impact on the pandemic.

The “Exposure Notifications” using proximity-tracking Bluetooth technology on iOS and Android devices aimed for “rapid notification” in an effort to curb virus spread; therefore considered another tool to bolster contact tracing. Public health agencies could then develop their own apps using the newly-developed interface, or offer Exposure Notifications without creating an app, according to a document compiled by the tech giants.

"We're seeing a dangerous surge in cases across the state," Walz wrote. "The more information Minnesotans have, the easier it will be to curb the spread."

However, nine months into the pandemic, Dr. Lara Jehi, chief research information officer at Cleveland Clinic, told Fox News that the issue lies in the implementation of the apps, and not the apps themselves. Lehi says for the apps to work, the majority of the population should ideally be using them, and COVID-19 status needs to be readily available.

“By the latest estimates that I am aware of (Oct. 3) there were only 10 states with about 20% of the U.S. population on the Google and Apple apps,” Jehi said. “In many of these states, adoption is very low (3% in Nevada for example). COVID-19 tests are still not readily available and typically take several days to result. So, it is not surprising that ‘the apps don’t work.’”

However, a team of Oxford University scientists previously told CBC that just a 15% uptake could lend a positive impact, based on earlier simulations.

In New York State, for example, director of public information Jonah Bruno says an exposure notification tool called COVID Alert NY was launched in October. He said that over 1.1 million New Yorkers have downloaded the app, and, more than 2,700 New Yorkers who have the mobile app tested positive for COVID-19  to date.

“Nearly 900 of those individuals successfully marked their COVID positive status in the app, triggering more than 800 exposure notification among fellow app users,” he said.

To put this number in perspective, about 5% of New Yorkers downloaded the app, 0.27% of these users tested positive, and, of that figure, less than one-third updated the app with their COVID-19 status.

Jehi says the apps have met resistance in the U.S. over privacy concerns in terms of location data. According to Google, however, Google and Apple have built-in safeguards to ensure that government contact tracing apps built with Exposure Notifications Systemcannot learn where people are.

Meanwhile in Pennsylvania, the COVID Alert PA app has over 638,000 downloads since its launch on Sept. 22, according to Maggi Mumma, deputy press secretary for the state’s Department of Health. Likewise, this figure also translates to an approximately 5% adoption. Earlier this week, the app user eligibility was expanded from 18 and older to include 13 through 17-year-olds with parental consent.

The spokeswoman said there were 343 cases that confirmed their coronavirus positivity through the app and uploaded their IDs, which led to 154 exposure alerts. Of those who received the alerts, 23 people requested a call back for further assistance from a trained contact tracer.

UCSD says 15,000 users, or approximately 30% to 50% of the on-campus community, activated the software since its launch, and “more than a dozen” verification codes were sent to students and staff using the software and tested positive. UCSF estimates half of its on-campus population activated the tool.

“We are evaluating this technology as one tool among the many measures that we can take to reduce the spread of COVID-19 in California,” a spokesperson wrote. Officials have since expanded CA Notify to additional University of California locations.

The spokesperson, could not, however, release numbers of exposure notifications given the technology’s “privacy-preserving design.”

The spokesperson said the tool can bolster traditional contact tracing efforts because “people may be in close proximity to people they don’t know personally,” who otherwise would have fallen through the cracks of contact tracing.

According to Dr. Joshua Salomon, public health policy expert at Stanford Medicine, an effective approach with the technology depends on several factors, like how many people decide to use the app, how likely people are to report a positive test, and how people react to a notification that they’ve been exposed — ideally by self-quarantining, getting tested, and cooperating with local health department contact tracing efforts.

“When all those pieces come together, this approach could help reduce spread, especially from people who may be infected without knowing it," Salomon said. "With the current winter surge we’re seeing, we need a combination of many different tools to try to get control of the epidemic, so with a good level of participation and adherence, exposure notification apps could be part of that toolkit."

Learn more about the technology here.

GET THE FOX NEWS APP