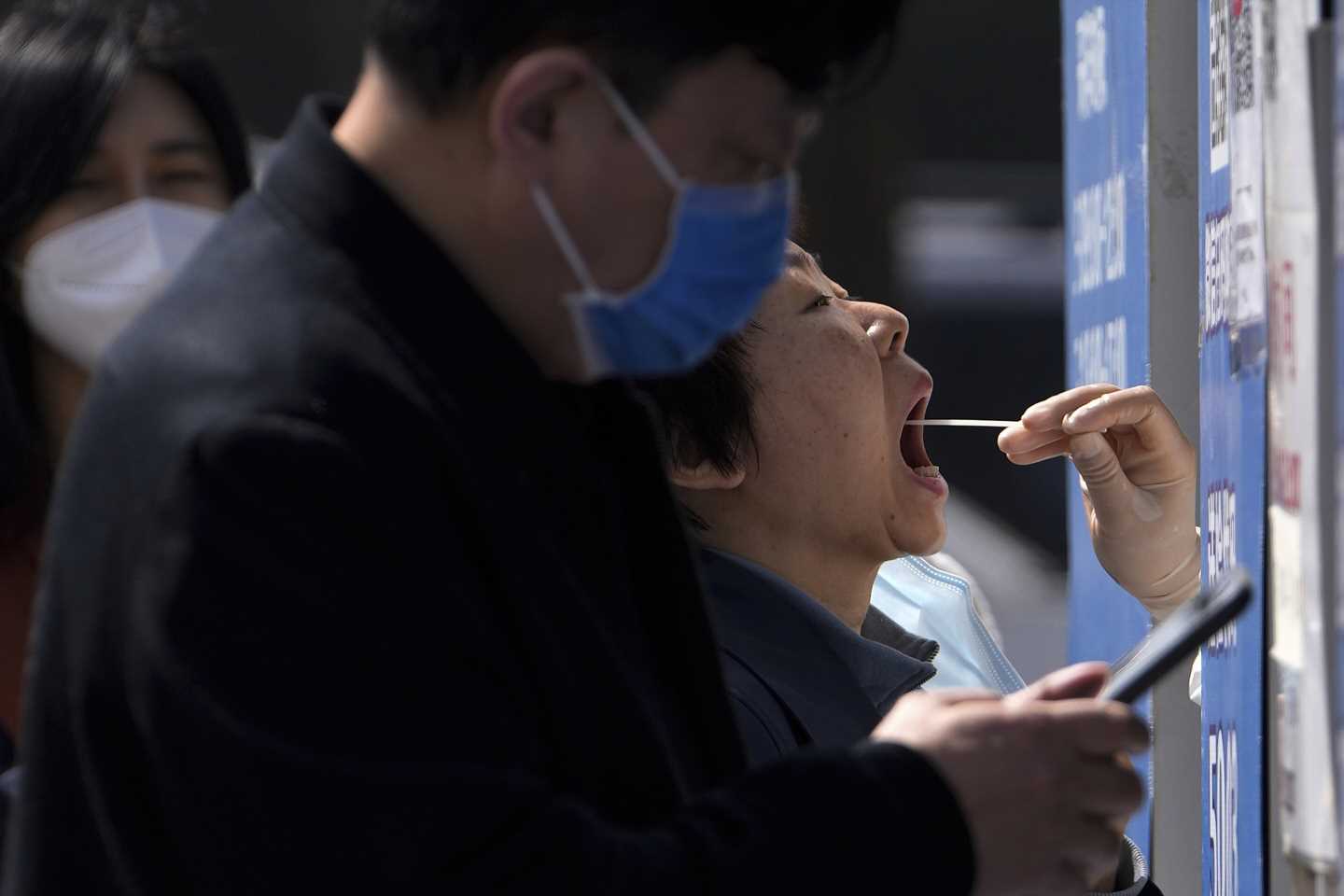 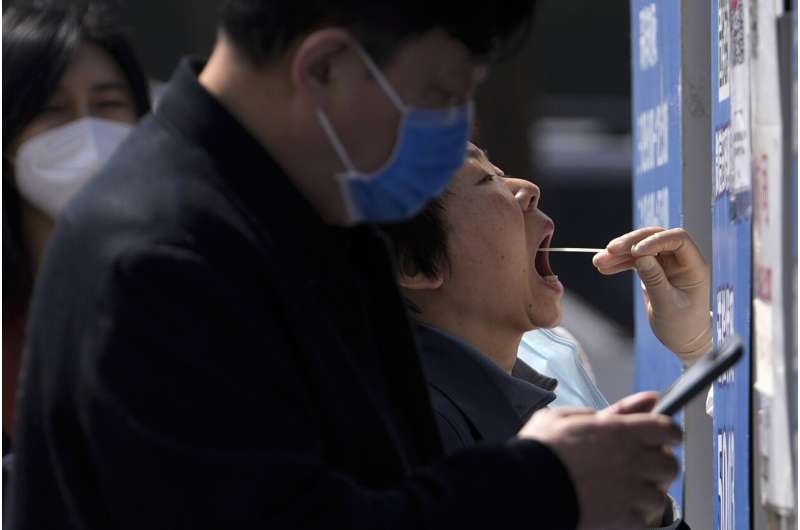 The COVID-19 outbreak in China’s largest metropolis of Shanghai remains “extremely grim” amid an ongoing lockdown confining around 26 million people to their homes, a city official said Tuesday.

Director of Shanghai’s working group on epidemic control, Gu Honghui, was quoted by state media as saying that the outbreak in the city was “still running at a high level.”

China has sent more than 10,000 health workers from around the country to aid the city, including 2,000 from the military, and is mass testing residents, some of whom have been locked down for weeks.

Most of eastern Shanghai, which was supposed to reopen last Friday, remained locked down along with the western half of the city.

Shanghai recorded another 13,354 cases on Monday—the vast majority of them asymptomatic—bringing the city’s total to more than 73,000 since the latest wave of infections began last month. No deaths have been ascribed to the outbreak driven by the omicron BA.2 variant, which is much more infectious but also less lethal than the previous delta strain.

A separate outbreak continues to rage in the northeastern province of Jilin and the capital Beijing also saw an additional nine cases, just one of them asymptomatic. Workers shut down an entire shopping center in the city where a case had been detected. 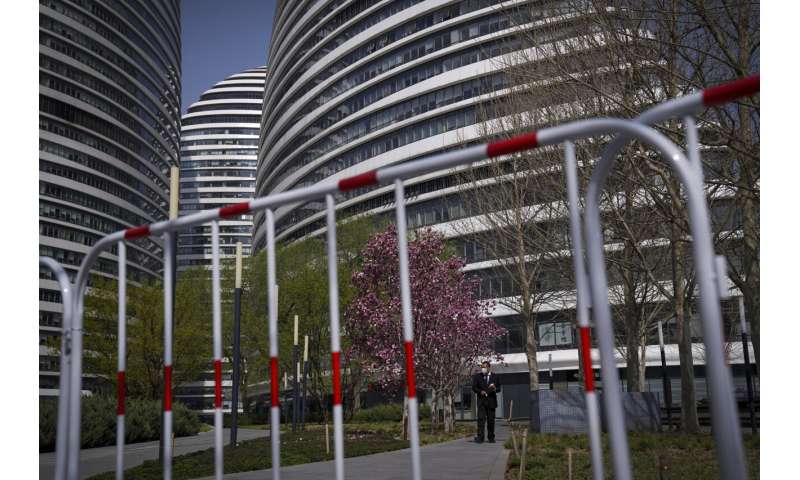 While China’s vaccination rate hovers around 90%, its domestically produced inactivated virus vaccines are seen as weaker than the mRNA vaccines such as those produced by Pfizer-BioNTech and Moderna that are used abroad, as well as in the Chinese territories of Hong Kong and Macao. Vaccination rates among the elderly are also much lower than the population at large, with only around half of those over 80 fully vaccinated.

Meanwhile, complaints have arisen in Shanghai over difficulties obtaining food and daily necessities, and shortages of medical workers, volunteers and beds in isolation wards where tens of thousands are being kept for observation.

Shanghai has converted an exhibition hall and other facilities into massive isolation centers where people with mild or no symptoms are housed in a sea of beds separated by temporary partitions. 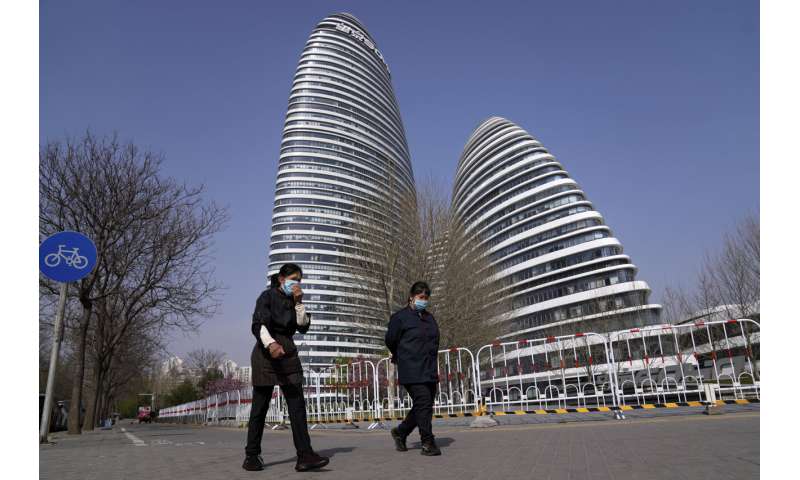 Public outrage has been fueled by reports and video clips posted on the internet documenting the death of a nurse who was denied admittance to her own hospital under COVID-19 restrictions, and infant children separated from their parents.

Circulation of footage showing multiple infants kept in cots prompted the city’s Public Health Clinical Center to issue a statement saying the children were being well looked after and had been in the process of being moved to a new facility when the footage was taken.

At a virtual town hall Monday, the U.S. Consulate in Shanghai warned of possible family separations amid the lockdown, but said it had an “extremely limited ability” to intervene in such cases.

Concern is growing about the potential economic impact on China’s financial capital, also a major shipping and manufacturing center. Most public transport has been suspended and non-essential businesses closed, although airports and train stations remain open and the city’s port and some major industries such as car plants continue to operate. 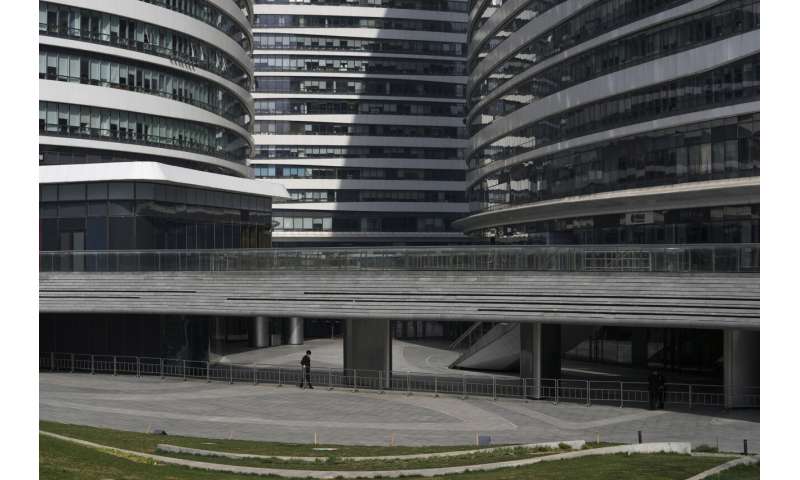 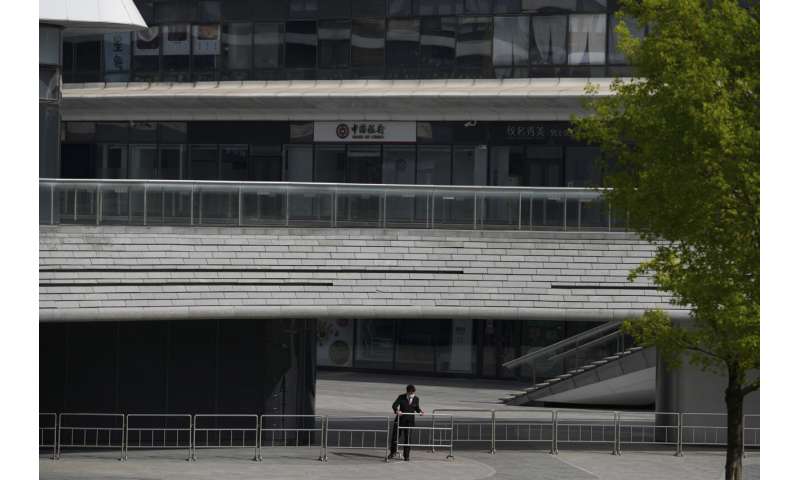 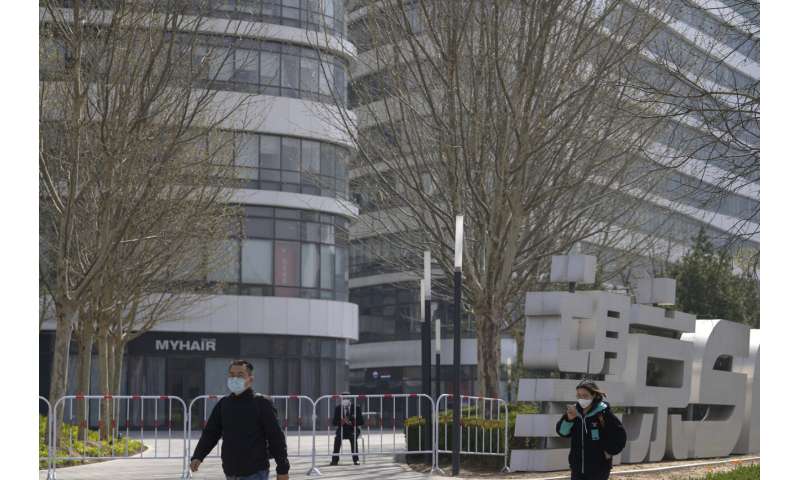 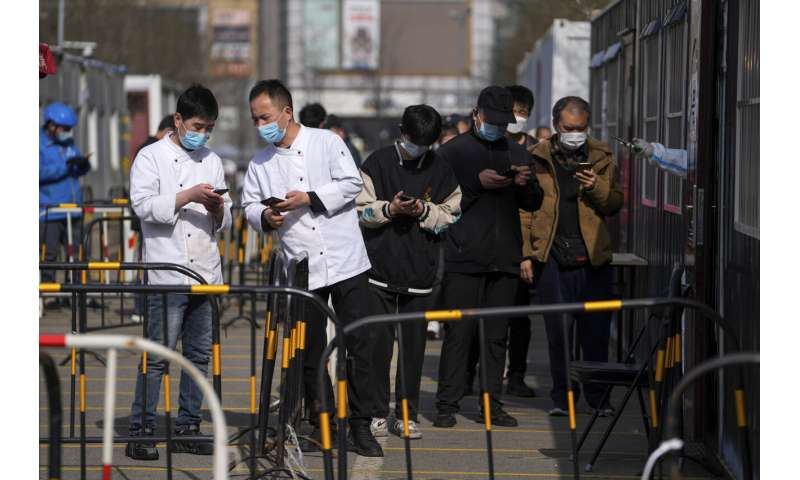 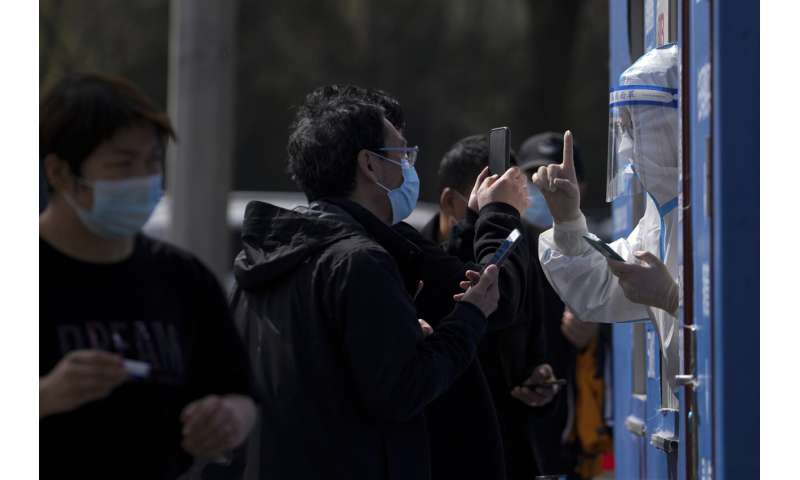 International events in the city have been canceled and three out of five foreign companies with operations in Shanghai say they have cut this year’s sales forecasts, according to a survey conducted last week by the American Chamber of Commerce. One-third of the 120 companies that responded to the survey said they have delayed investments.