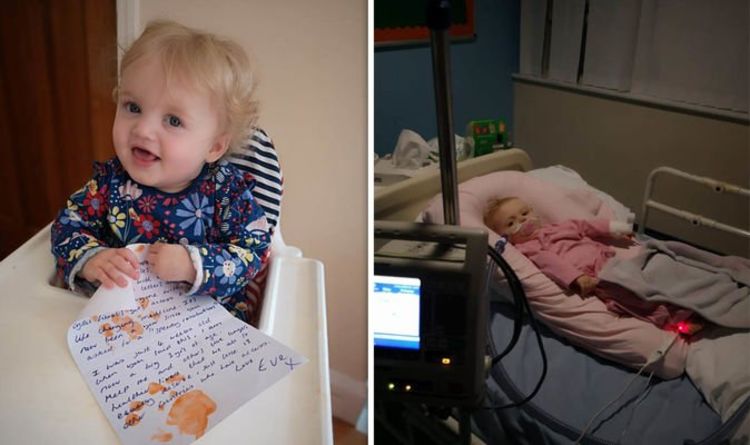 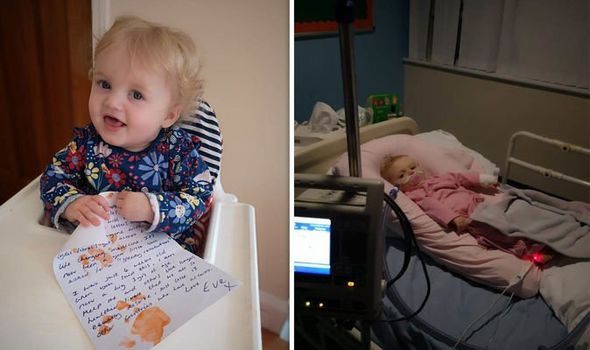 A year ago today, Mrs May told MPs she wanted a “speedy resolution” to a drugs deal between US firm Vertex, which makes Orkambi, and NHS England. The term “65 roses” was coined in the 1960s when a CF child who could not pronounce the illness said: “I have 65 roses.” Today, Eve and her mother Zoey will deliver 65 yellow roses to 10 Downing Street, each stem wrapped in a note from a CF sufferer.

Zoey, 37, said yesterday: “Our consultant, Dr Ravi Jayaram, has been positive and said Eve was born with CF at a lucky time, as there are many potential treatments in the pipeline.

“But in a year Eve will be old enough for Orkambi, which once taken, will immediately stop any future deterioration.” Zoey, 37, of Chester, added: “In the three years it has been available in other EU countries, over 240 CF sufferers who could have taken Orkambi have died. This is a disgrace.”

Zoey, who also has a healthy daughter, Darcey, three, says she worries constantly about Eve catching a cold or getting an infection that could damage her lungs, but refuses to “live life in a bubble”.

She said: “The term ’65 roses’ made me sad, but also made me smile. Now I hope Mrs May remembers her vow and makes all people with CF smile by sorting a deal.” 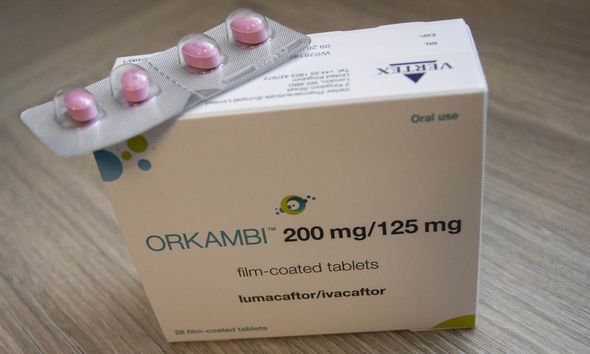 Eve and Zoey will be joined at No 10 by Chester’s Labour MP Chris Matheson and Cystic Fibrosis Trust CEO David Ramsden, who said: “People with CF need these life-saving drugs now. They cannot wait any longer.”

Orkambi and Vertex’s other CF drugs are unavailable to NHS patients amid a stalemate over a proposed five-year deal.

But thanks to the Daily Express campaign, the NHS, the National Institute for Health and Care Excellence (NICE) and Vertex have returned to the negotiating table for their first talks in eight months.

Dr Jayaram, of the Countess of Chester Hospital, said: “Patients have to take a huge number of medications every day, do chest physio and have frequent hospital admissions for intravenous antibiotics.

“This all has a huge impact on the quality of their lives and their families – and the cost to the NHS is significant.

“Life expectancy has improved but over time, their lungs will still gradually deteriorate. However, new treatments have been developed that target the underlying genetic fault, so for the first time it is possible to treat CF itself, rather than the problems it causes.” 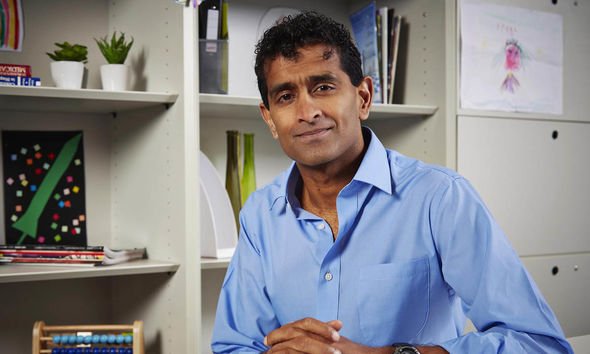 Dr Jayaram said Orkambi, which can treat the commonest gene that causes CF, has the potential to “transform the lives” of children and young people.

He said the other European countries funding Orkambi makes it “all the more galling” children here cannot have it”.

He believes the new drugs will lead to far fewer children dying young and “could make the heartbreak of losing a child with CF a thing of history”.

Dr Jayaram added: “I only hope Vertex and NHS England can swallow their pride and come to a sensible agreement as soon as possible.”