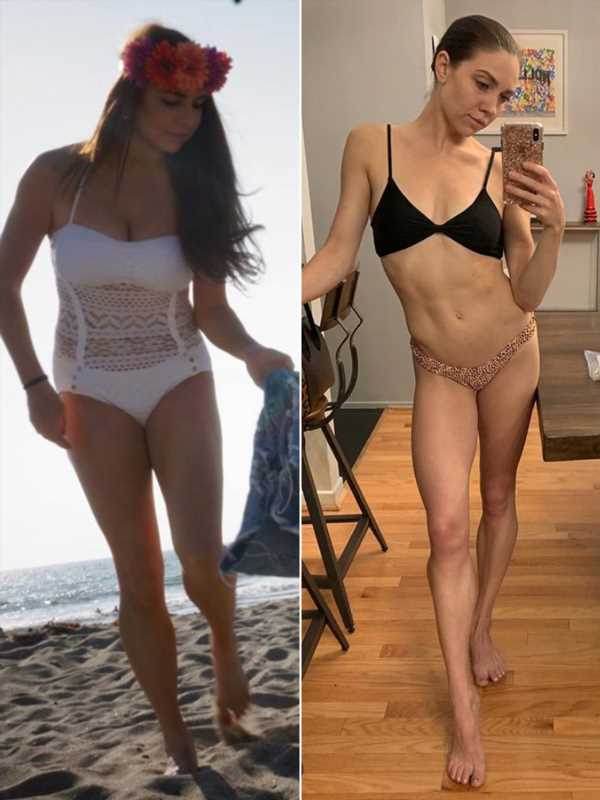 Dancing with the Stars‘ Jenna Johnson is opening up about her physical and mental health.

On Thursday, the 25-year-old professional dancer shared before-and-after photos of herself on Instagram. “Pictured are two girls. And I LOVE both of them,” she captioned the images.

Johnson then went on to explain that the “difference” between the two photos was that “the girl on the left didn’t trust herself.”

“[She] tried to cover herself up with a mask of makeup and that terrible flower crown,” Johnson continued. “Feared what people thought about her. Didn’t know who she was. Tried to be what other people wanted. Was afraid to look up!”

The dancer added, “Ultimately it reflected on her outward appearance.”

Meanwhile, Johnson wrote, “the girl on the right decided to embrace herself.”

“[She] accepted her insecurities. Loved her acne! Doesn’t wear makeup 90% of the time. Opened up. Took charge of her life and her identity. Blocked out the bullies and the critics who don’t know her,” Johnson wrote. “Tries everyday to love herself and know her worth!!”

“Maybe some of you thought this was only a ‘body positivity’ post (which it is too) but more importantly it’s a BRAIN POSITIVITY post,” she explained. “It’s crazy how much effort and care we put into our physical bodies to keep them healthy and working… but why don’t we put that same effort into our brain?! And our mental health?!”

“Anyways, I’m grateful for both women pictured,” Johnson concluded her post. “Grateful for all that I’ve gone through. And I’M PROUD OF HOW FAR I’VE COME! And how HARD I’ve worked on both my physical and mental health!”

Johnson’s husband Val Chmerkovskiy commented on her post, writing, “Stunner then stunner now! You are perfect to me ♥️.”

It’s been a big year for Johnson, who tied the knot with fellow Dancing with the Stars pro Chmerkovskiy in April.

The newlywed couple also performed a slow (but unrehearsed!) dance to “La Vie En Rose” at their reception.

“All I wanted to do was slow dance with my husband,” Johnson told PEOPLE at the time. “I’m sure many people expected a produced dance, but we wanted to keep it genuine and real.”