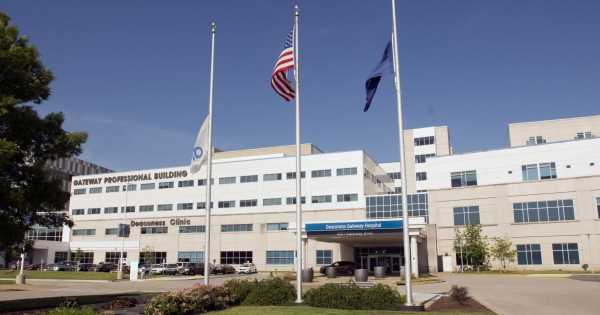 Deaconess Health System had been an early adopter of remote patient monitoring (RPM) technology when it was first introduced a decade ago, but manual data extraction left the impact of the program difficult to quantify.

Yet as Dr. Amanda Bohleber, a family physician and chief transformation officer, and Allison Flowers, RN and telehealth clinical manager, reviewed the program, they believed it wasn't RPM itself where the failure had occurred. It was the way it had been executed, especially when it came to selecting patients.

"Our target was patients with a 20% or higher risk of readmission," Flowers recalled. "They are the ones who may not ordinarily follow the plan of care they are given at the hospital as closely, which means they can quickly slip into old habits.

"We believed if we could keep those patients on track we could make a real difference in keeping patients healthy and avoiding readmissions within 30 days," she explained. "And accomplishing both of those would also have a positive financial impact on the health system."

"We liked the pathways Vivify already had for the conditions we wanted to target, so we just stayed with those, for the most part."

Dr. Bohleber and Flowers showed their figures to leadership at Deaconess, and it was agreed that the health system should give RPM another try. That decision was spurred by the fact that Deaconess' readmission rates at that time were consistently running in the upper 20s, which was unacceptable, Flowers said. Now the question was which RPM technology to select.

"The previous system was immediately eliminated because it lacked integrated video, and its products and features hadn't advanced much in 10 years," Flowers explained. "Instead, we decided to look into some of the newer, more feature-rich options that had been gaining popularity in the interim.

"This was a very careful process that involved trial runs with each RPM platform being considered," she continued. "In fact, we would perform two trials before finally finding the one we believed would demonstrate the effectiveness of RPM."

There are numerous vendors of remote patient monitoring technologies on the health IT market today. Click here to read a special report on the RPM marketplace from Healthcare IT News.

One area that didn't require much work on the part of Deaconess was building the care pathways patients would follow in the RPM program. That was because of the vendor they selected, Vivify Health.

"We liked the pathways Vivify already had for the conditions we wanted to target, so we just stayed with those, for the most part," Bohleber said. "They are based on clinical best evidence, and we could see that Vivify continually updates them. There may have been one or two where we offered more input or requested significant changes, especially as we got into more complex comorbidities, but otherwise they were ready to go out of the box."

Once the Deaconess team understood the patient population and how the RPM platform worked with CHF and COPD, the program was expanded to include a total of 11 pathways, including CHF, COPD, CHF+COPD, CHF+COPD+DM, CHF+DM, CHF+DM+CKD, CKD, COPD+DM, diabetes, hypertension and pneumonia. Vivify's experts were integral to this entire process, Flowers said.

"The previous system was immediately eliminated, because it lacked integrated video, and its products and features hadn't advanced much in 10 years. Instead, we decided to look into some of the newer, more feature-rich options that had been gaining popularity in the interim."

Deaconess launched the program with one RN and 50 kits to target the high-risk readmission population. It expanded to include patients who frequently visit the emergency department and the ACO population.

"Since the program launched, we have monitored 342 unique patients," Flowers reported. "Three metrics we track are our 30-day readmissions, total readmissions and emergency department visits. By evaluating 180 days prior to starting RPM and 180 days post RPM, we have a good comparison to measure the impact of our program. Our 30-day readmission rate dropped from 14% to 6%. The data is analyzed in various ways with the same outcome."

Another metric being tracked is the total cost of care. Claims dollars are calculated using the same time frame of 180 days pre- and post-RPM start date.

The overall patient satisfaction for RPM is 94%. The telehealth RNs establish a personalized care plan and build a relationship with each patient. The RNs focus on each individual patient's needs. Being proactive, rather than reactive, is one key to preventing a readmission and treating patients from home, where they want to be, Flowers noted.